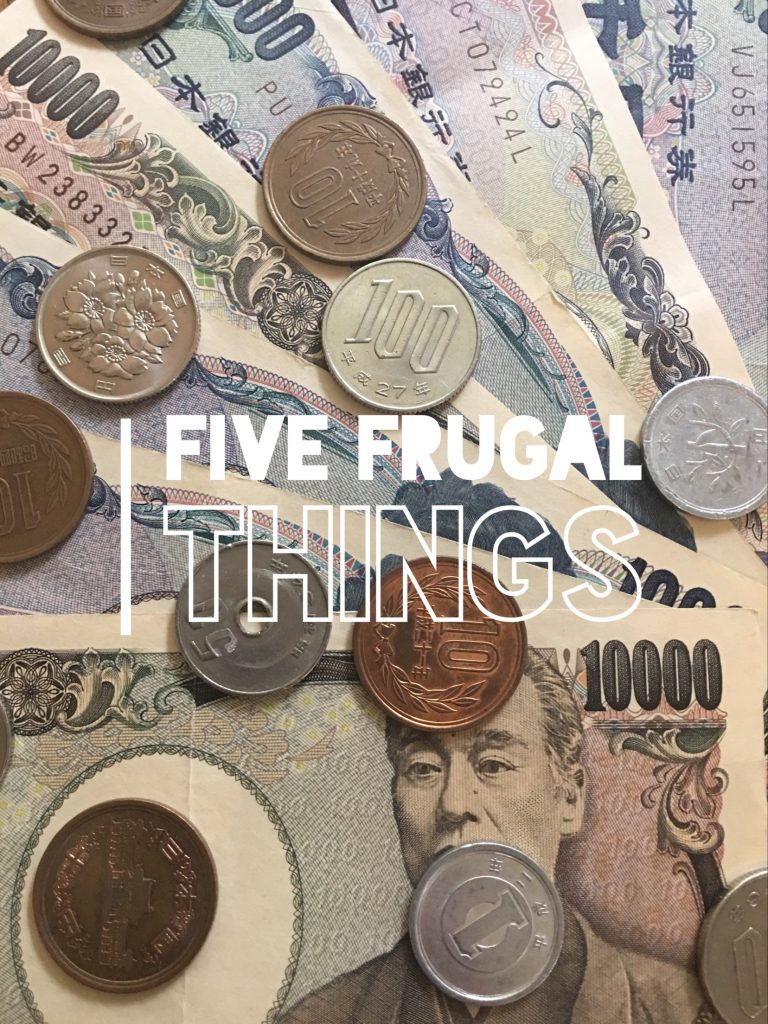 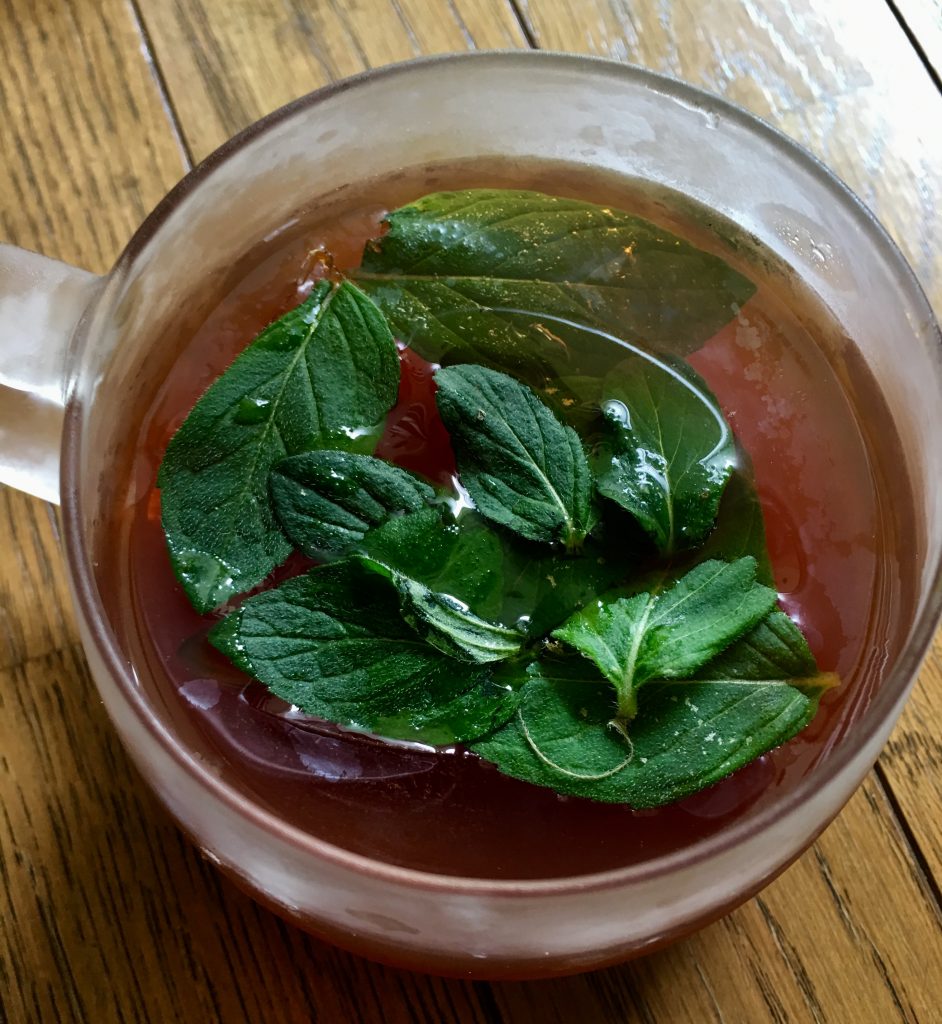 I cleaned and sorted the kitchen cupboards and this brought to light that I have a fair bit of tea stashed away. Now, contrary to popular belief, not all British people go through gallons of tea a day.  I will drink it and do like it but it’s definitely something I can live without, especially in this warmer weather but then, genius struck.  I can brew the tea, leave it to cool and make ‘ice’ tea.  I love drinking it this way, particularly when it’s my favourite tipple of Lady Grey or peppermint.  (I don’t normally put the mint leaves in, but it looks good for the blog picture).

number 2
I wanted a beach cover-up because I don’t know how you feel about the whole swimwear thing but to me, I just think it’s so weird we are fine to go about in a bikini but wouldn’t dream of going about only in our underwear.  So, on that note, instead of splashing out (and they do cost quite a lot), I bought the Sew Over It kimono pattern at £7.50.  I am planning to make this sometime next week, so I will show you once it’s done.

number 3
I did a meal plan which I always try and do but don’t always actually do. It’s stopped me thinking we don’t have anything to eat and just makes the week that bit easier.  It’s hard thinking of what’s for dinner every night! 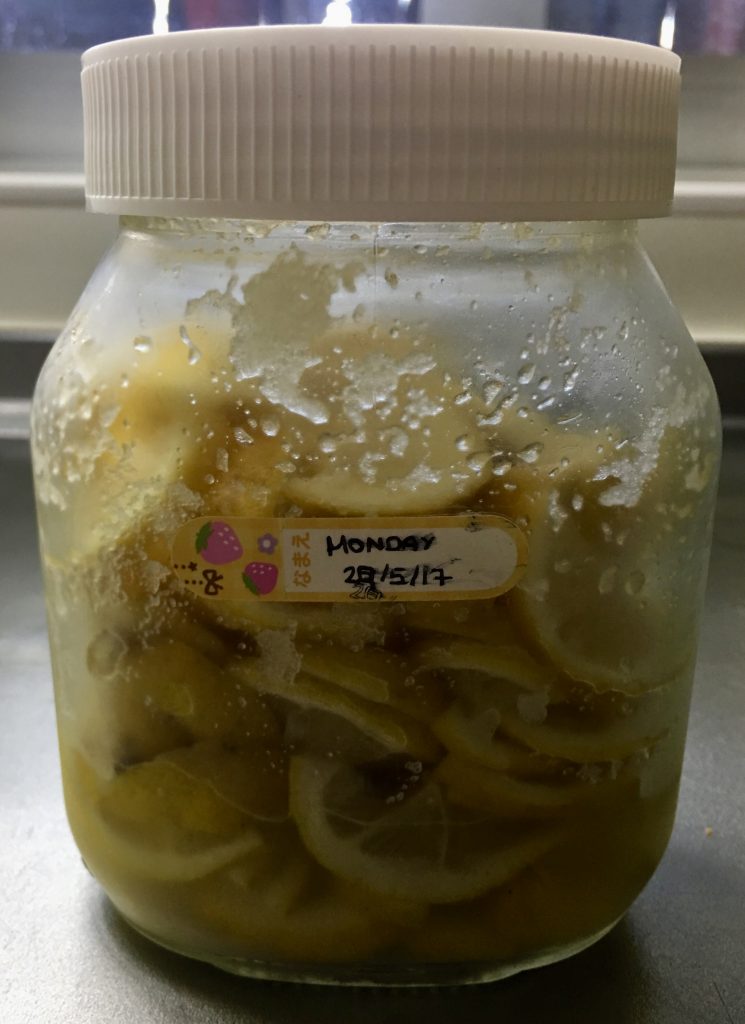 I told you all about my ume juice making escapades but I didn’t tell you that whilst I was giving that a go, I thought I would give making shio-lemon (salt-lemon) a go, too.  You slice up lemons and then cut the slices in half.  For every lemon, add 20g salt.  I used four lemons, so, 80g of salt. See how easy it is.  Like the ume juice, just add a layer of lemon, layer of salt.  Shove it in the fridge and after a week it should be good to go.

Running – I ain’t paying for no gym.  I go running along the river in the evenings, usually three times a week.  I love the evening view of Sky Tree and Tokyo Tower, they get me through the ordeal as well as Sarah Millican offering her words of encouragement on the ‘Couch to 5k’ app. It’s a really good app, free to download and I promise it does build you up slowly.  I could barely do the first run when I started which is slightly embarrassing to admit, but now I can run quite easily for 20 minutes.  If you’re looking to start running, I can’t recommend this enough.

What savvy savings have you made this week?