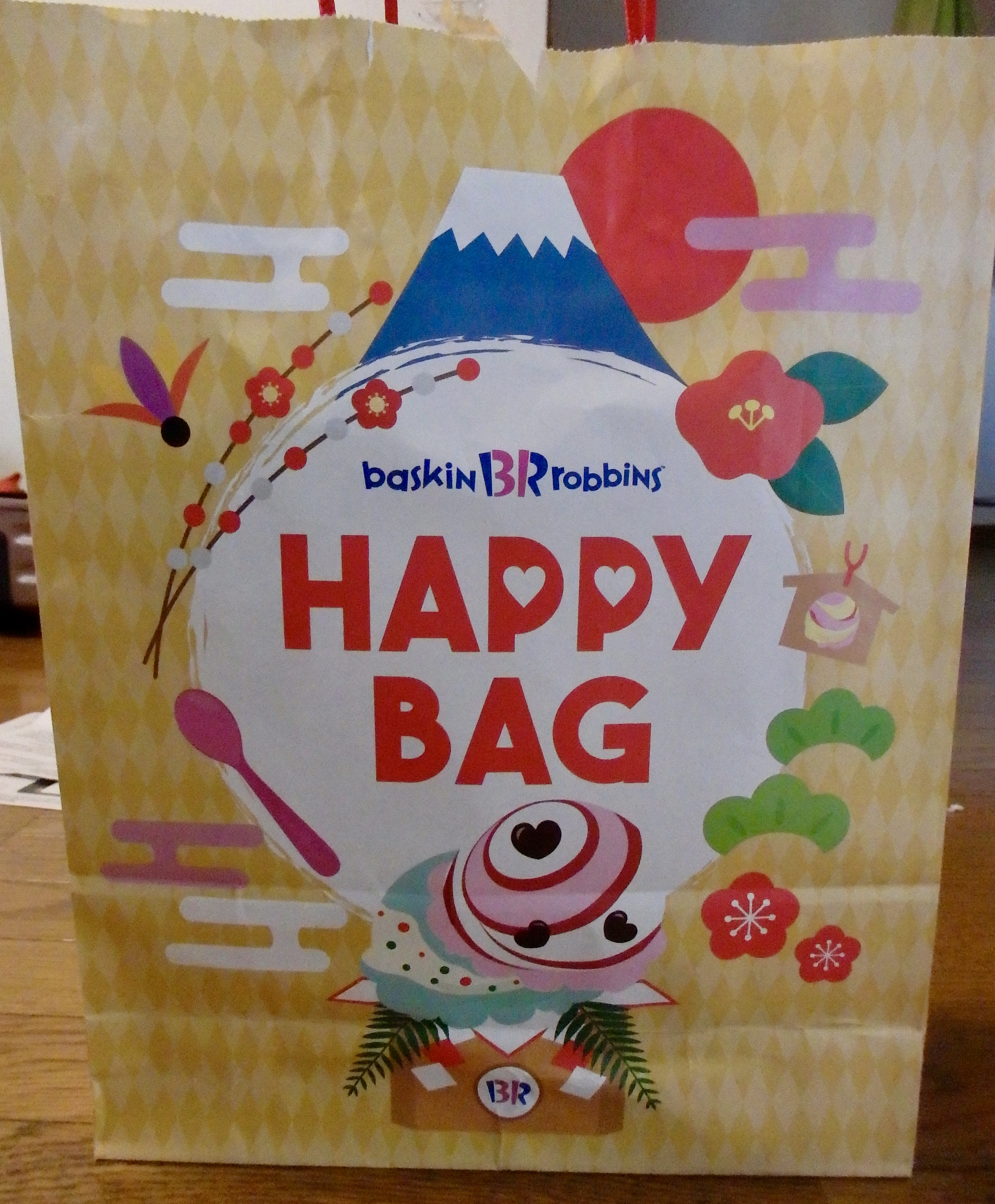 It’s the new year and with brings fukubukuro in Japan.  I wanted a Lush one but for some reason this year, Lush Japan decided not to do them.  That was a nice surprise.  Can I also say that we trudged to the nearest Lush in a shopping centre and queued outside for 45 minutes. Got inside and no Lush goody bags.  Not wanting to let it upset me, I swiftly moved on and instead bought a Baskin and Robins aka 31 bag, a Mister Donut one and a Haagen Dazs one. Spot the theme?  Yes, it’s food.

For dinner on New Year’s Eve.  Some eat soba, others eat pizza.  Handmade I might add! 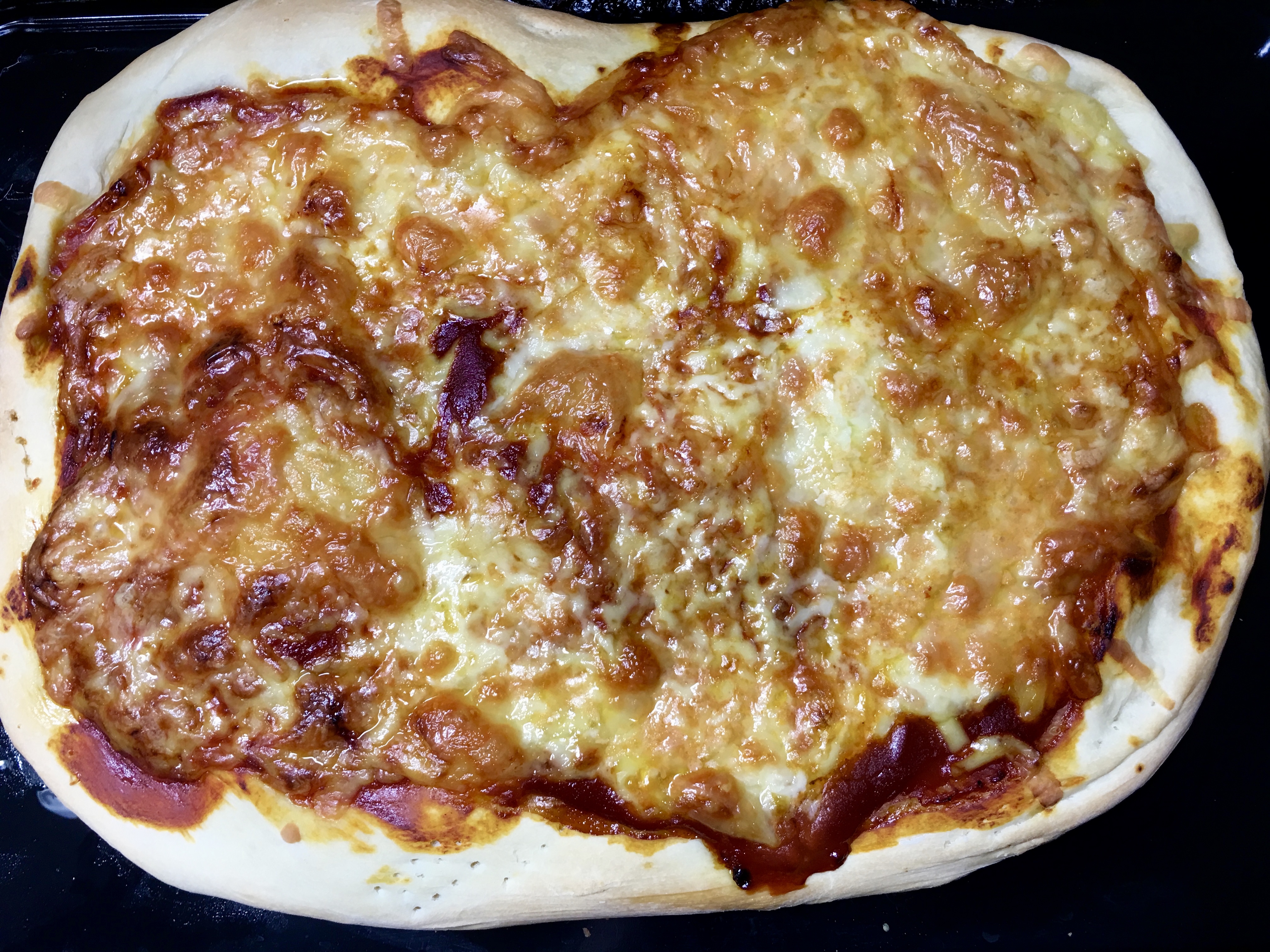 Then we treated ourselves to a bath 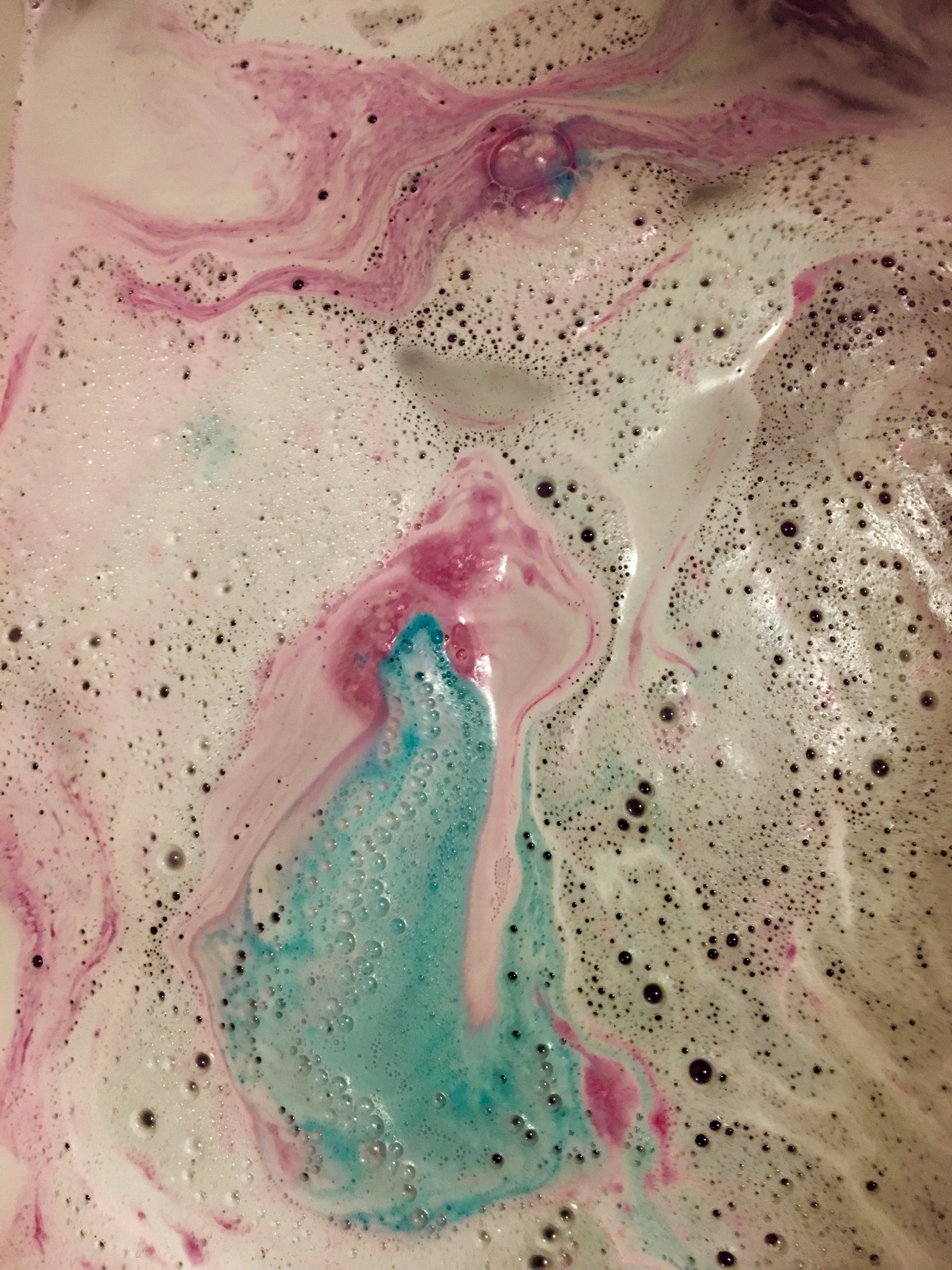 We got the Haagen Dazs ice cream bag first.  I had seen the curiously named, ‘Tart Party’ box of ice creams before but didn’t buy because they were ￥880 and I’m not made of money, even for a cheap laugh.  This bag was ￥1,000 though and it was New Year.  We hadn’t had a treat since Christmas. 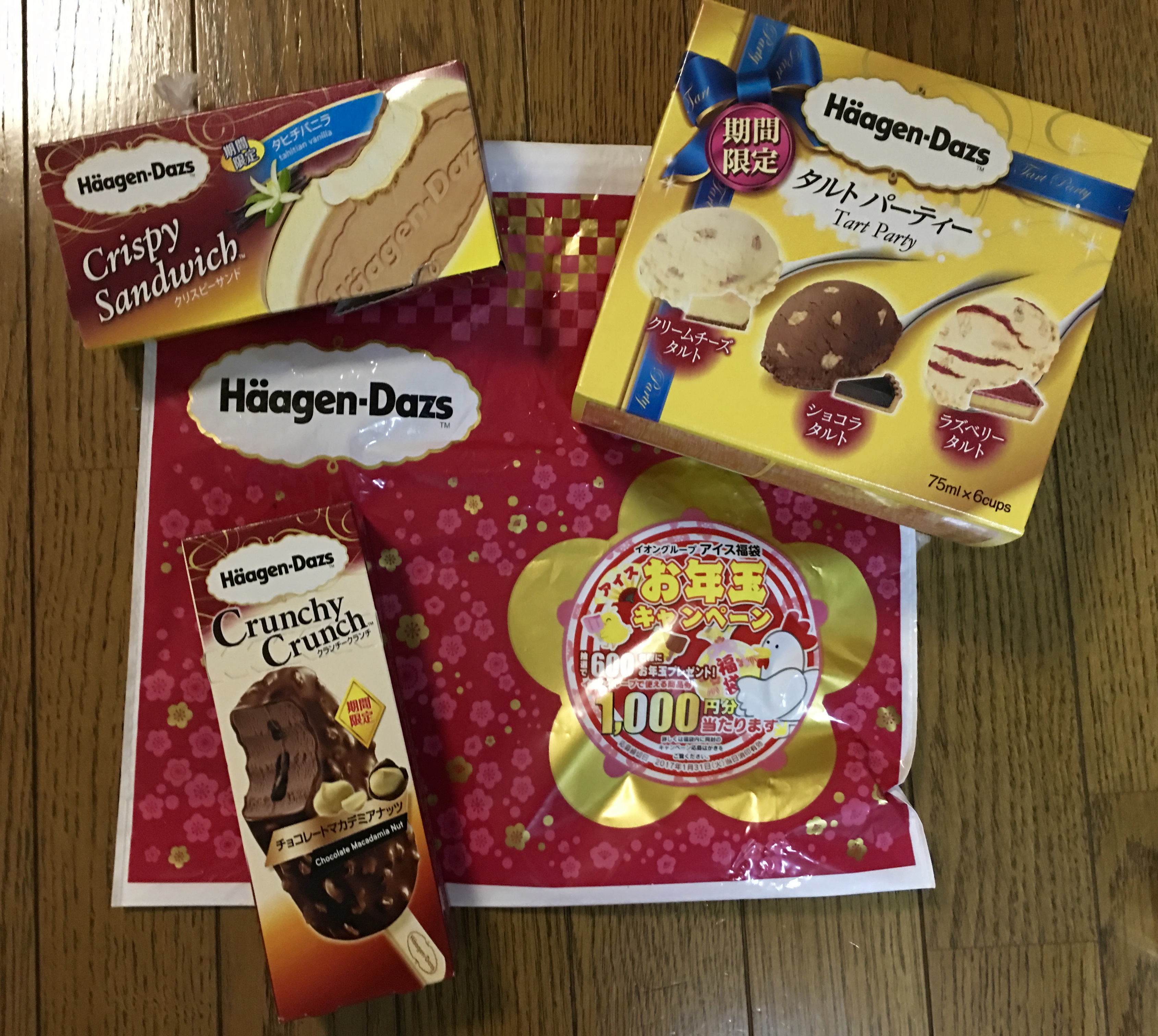 So as mentioned earlier, we went to a shopping centre bright and early on New Year’s morn only to be let down in every way, shape and form.  We came away with nothing.  So, we walked on back to our side of the river and then popped into Mister Donut. 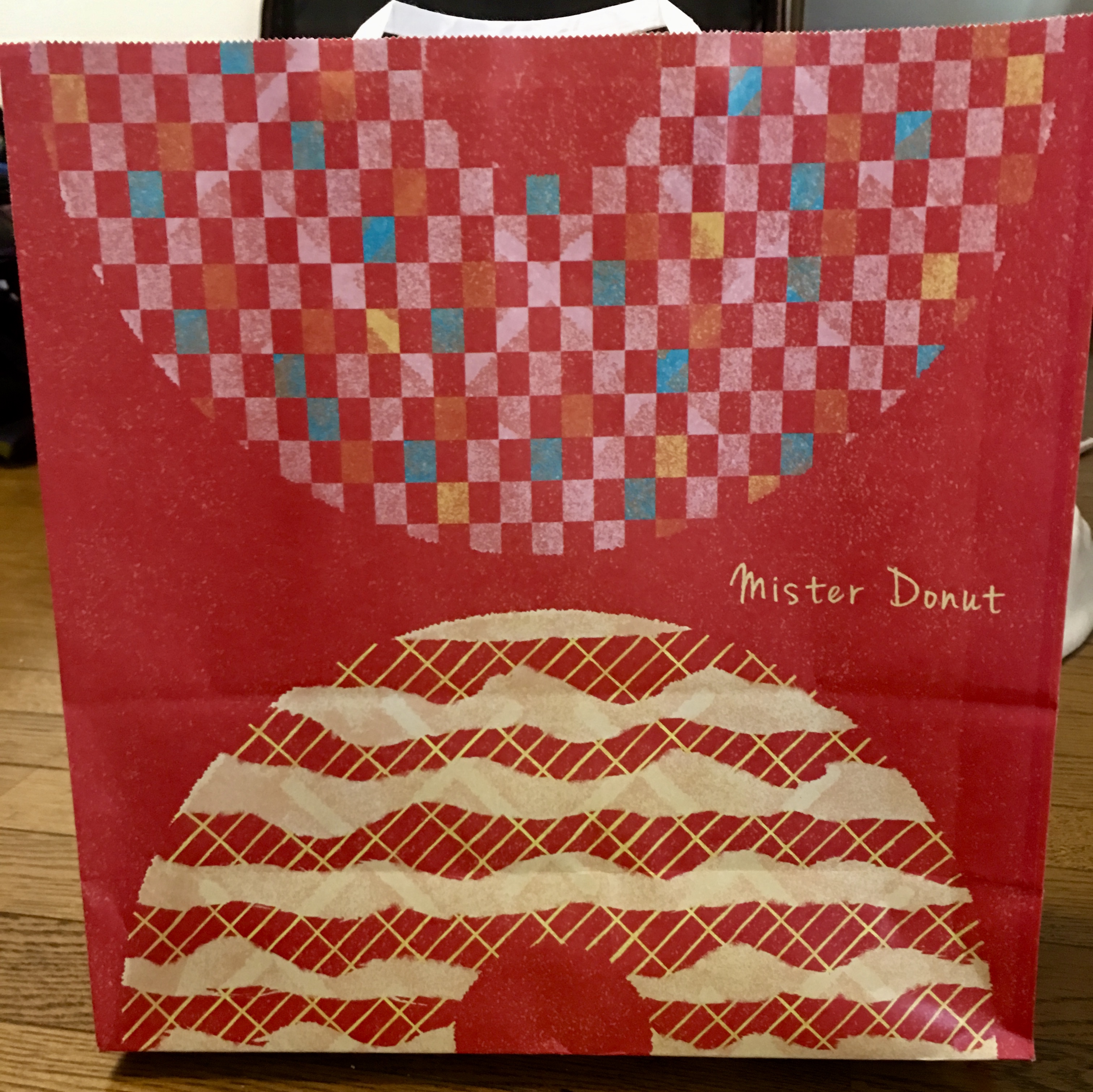 The goodies consisted of two Rilakkuma glasses (I will probably gift these), an eco bag and bento (?) bag, a calendar and 10 donuts.  The bag was also ￥1,000 and ten donuts cost more than that so I think we know who is beating the system on this one. 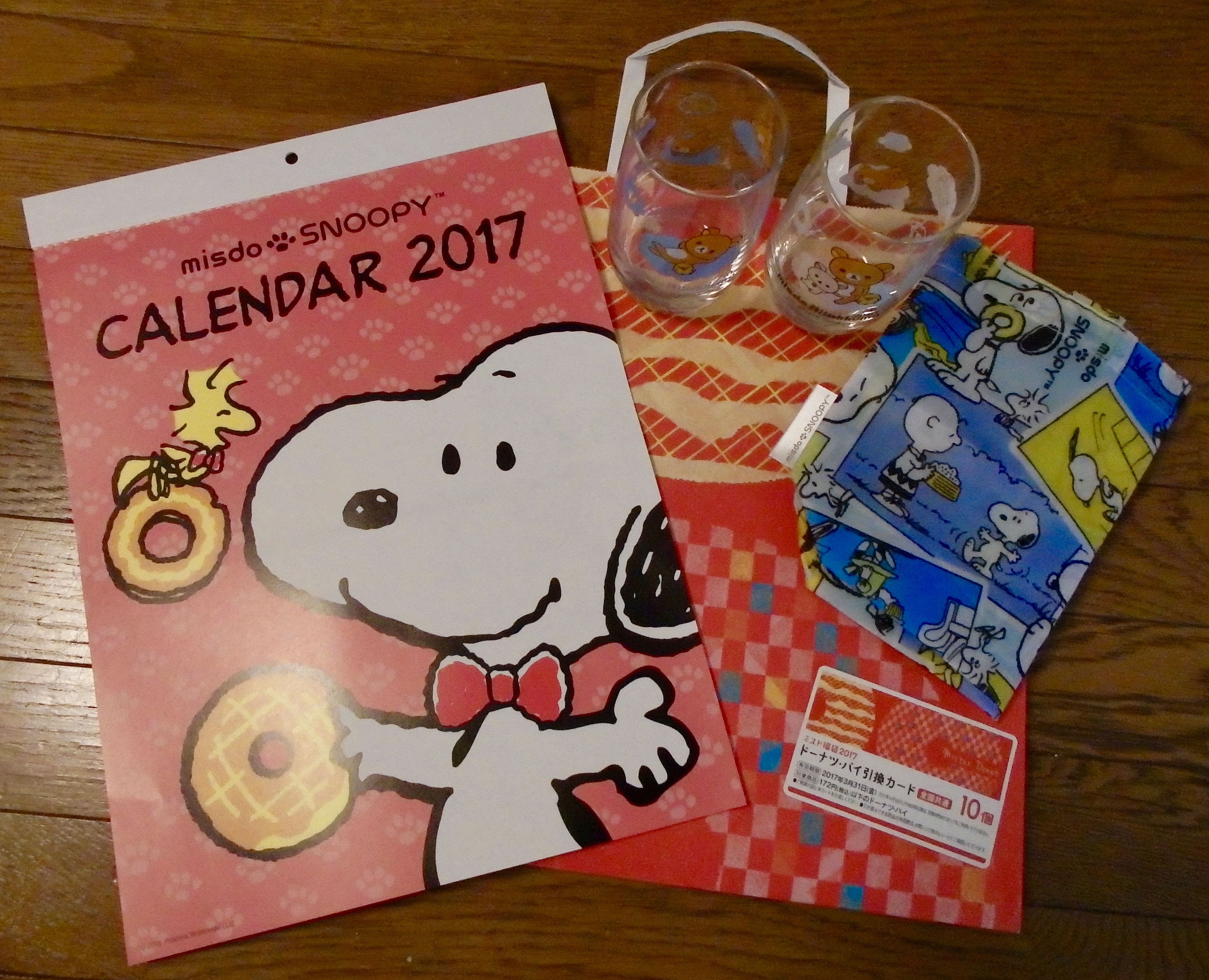 Next we trotted to Mos Burger, but their lucky bags were quite frankly, abysmal.   We settled on having a burger set, me soy and husband beef.  Very impressed with the soy burger, try it if you haven’t.

Then on to 31 where we got a chopping board, a pair of slipper socks, a deck of playing cards and four ￥500 coupons.  The bag was ￥2,000 so again another bargain. 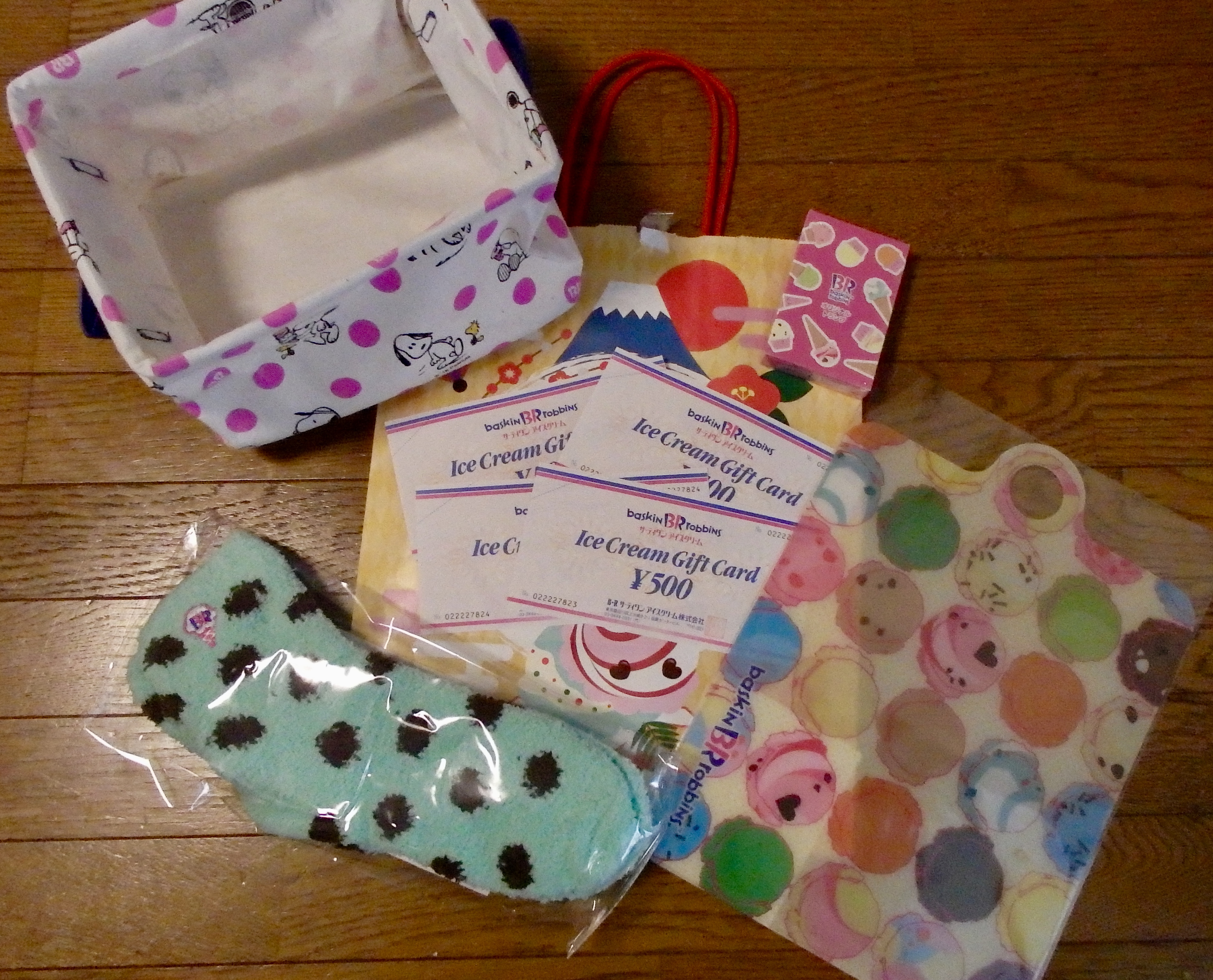 We will eat at all of the above places.  If we hated them, they wouldn’t have been such good buys.  The best buy would have been Lush, but we shouldn’t go on about it.  Shouldn’t, but probably will and definitely will rehash this story next New Year.

Did you manage to get any good fukubukuros or anything in the sales?  Let me know.