I am rich in time; I have ample amounts of it.  I can do pretty much what I like with my time. Sounds amazing, doesn’t it?  I know I am very lucky.  The thing is, I don’t do very much at all most days.  I sit and laze about, doing the bare minimum.  Yes I do enjoy doing nothing but I also feel incredibly guilty at the end of the day when nothing has been accomplished.  This is completely different to when I was ridiculously busy both working and studying.  I had a lot less time then but when I did have free time, I appreciated it much more.  I made myself do things I wanted to, get up and out of the house, see people, get stuff done.  Now I just think, I have loads of time to do that, I’ll do it later.  No.  Later never, ever comes!

a quick run down of my week so far (to make it sound like I did other things, but really I didn’t, but it shows how lazy I truly am, so I’ll pretend I did more and it would just take up too much room/space/time – any word is ok when you’re pretending)

We went to Kamakura which is just outside Tokyo.  It was Sea Day, so it felt appropriate because it’s by the sea.  It was hot!  Wow was it hot!  We got the fast train there which wasn’t very money saving, we ate out twice, bought mochi and decided it was too hot to walk back to the station to get the train back to Tokyo so got the local train to the main station instead.  However!!! We did take a flask of water out with us and I didn’t buy any souvenir items like I normally would want to. It’s a start albeit a slow one.

The kakigori.  I had apricot and my husband had strawberry.  It was so good!  We needed this refreshing treat after getting off the train and walking for around 5 minutes in the hot, hot, hotness. 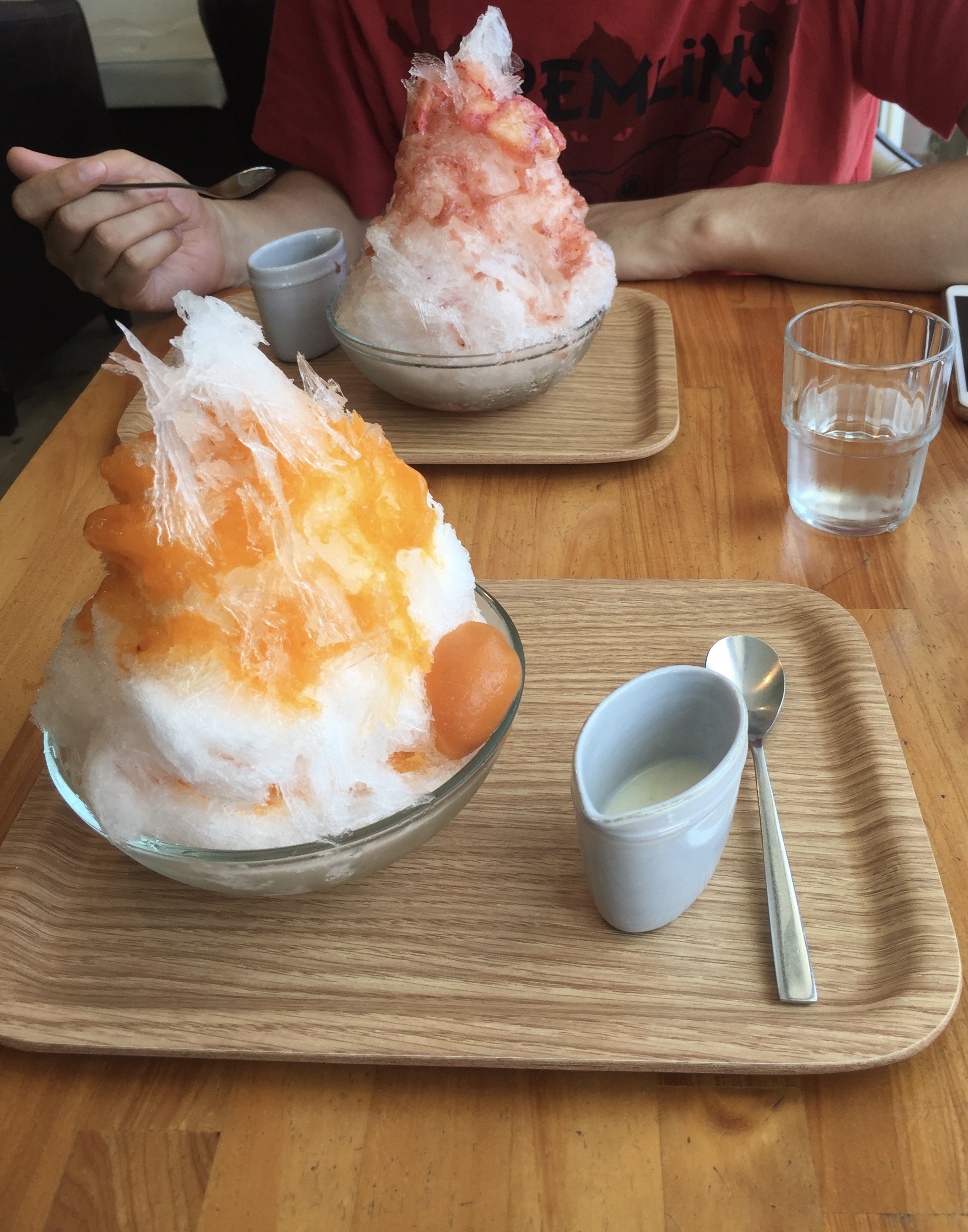 It doesn’t look too hot on this photo, but trust me, it was boiling. 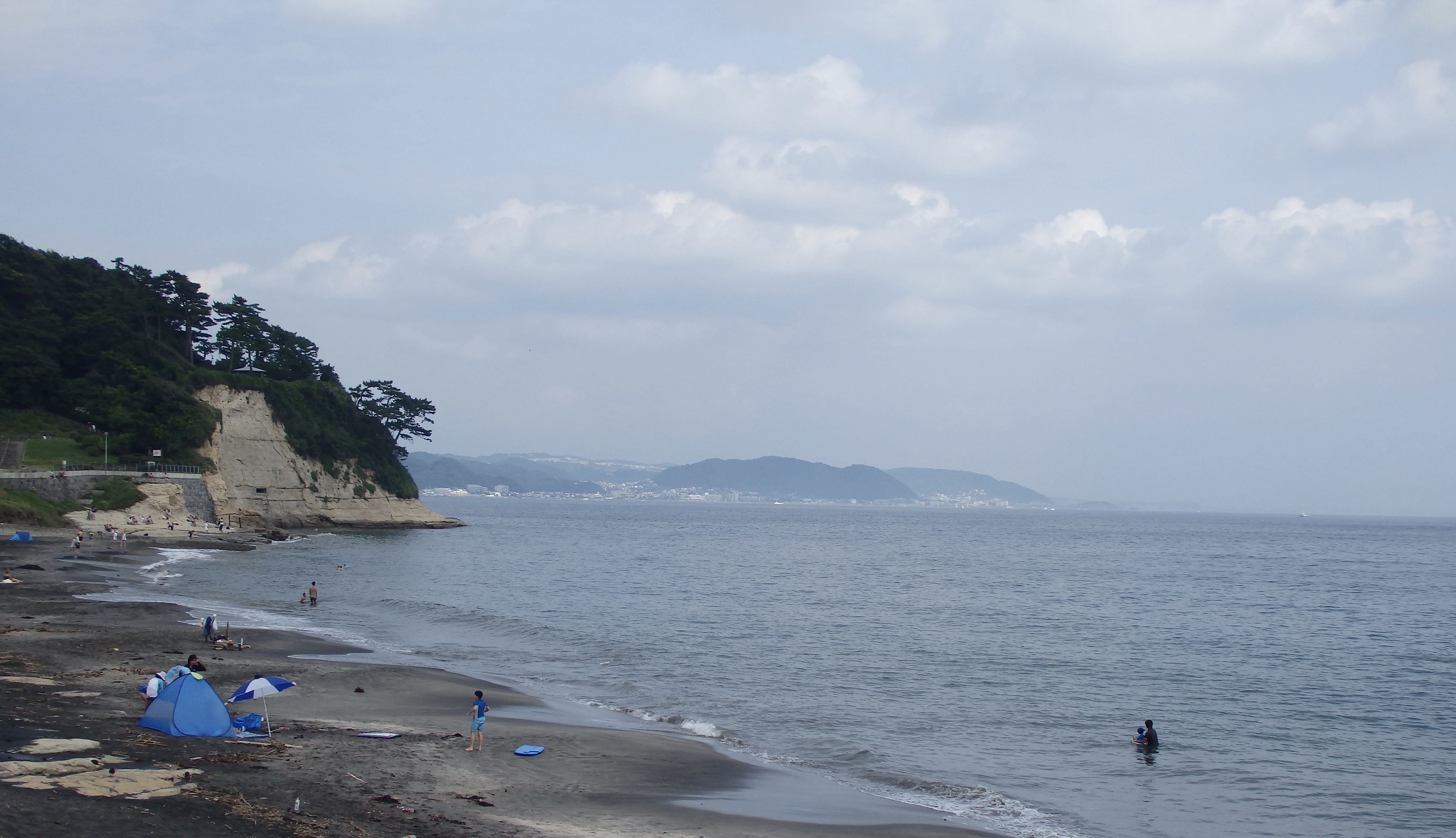 Watched The Killing – it’s amazing! – for I would say, most of the day.  Went to the supermarket and bought some very healthy stuff.  Made lunch for my husband for the next day (very money saving, well done).  Made tea (dinner if you insist) for both us – I had chopped the ingredients up whilst making the lunch earlier.  Before we had tea, he needed to get a white shirt for work, so we went to the suit shop where we have a points card.  He got 3 for the price of 2 and they are ‘cool biz’ for the summer.   Cooked tea, ironed new shirt, washed dishes and then watched two episodes of Breaking Bad, in Japanese I hasten to add, so I am going to say I studied.  Read before going to sleep

Spent a good part of the day seeing if a certain someone had opened my Snapchat – he hadn’t. Watched The Killing, prepared tea, did some ironing (two shirts), made tea, washed up, went to the conbini to get snacks (this is being stamped out), watched Breaking Bad in Japanese, read before going to sleep.

Had a bath, tidied up, made lunch, prepared tea, went to the Post Office to transfer money for our new flat, went to the supermarket, came home and had tea, watched Breaking Bad .

I’ve added a picture of Tokyo Tower because this is what I see out of our window every day and I love it. 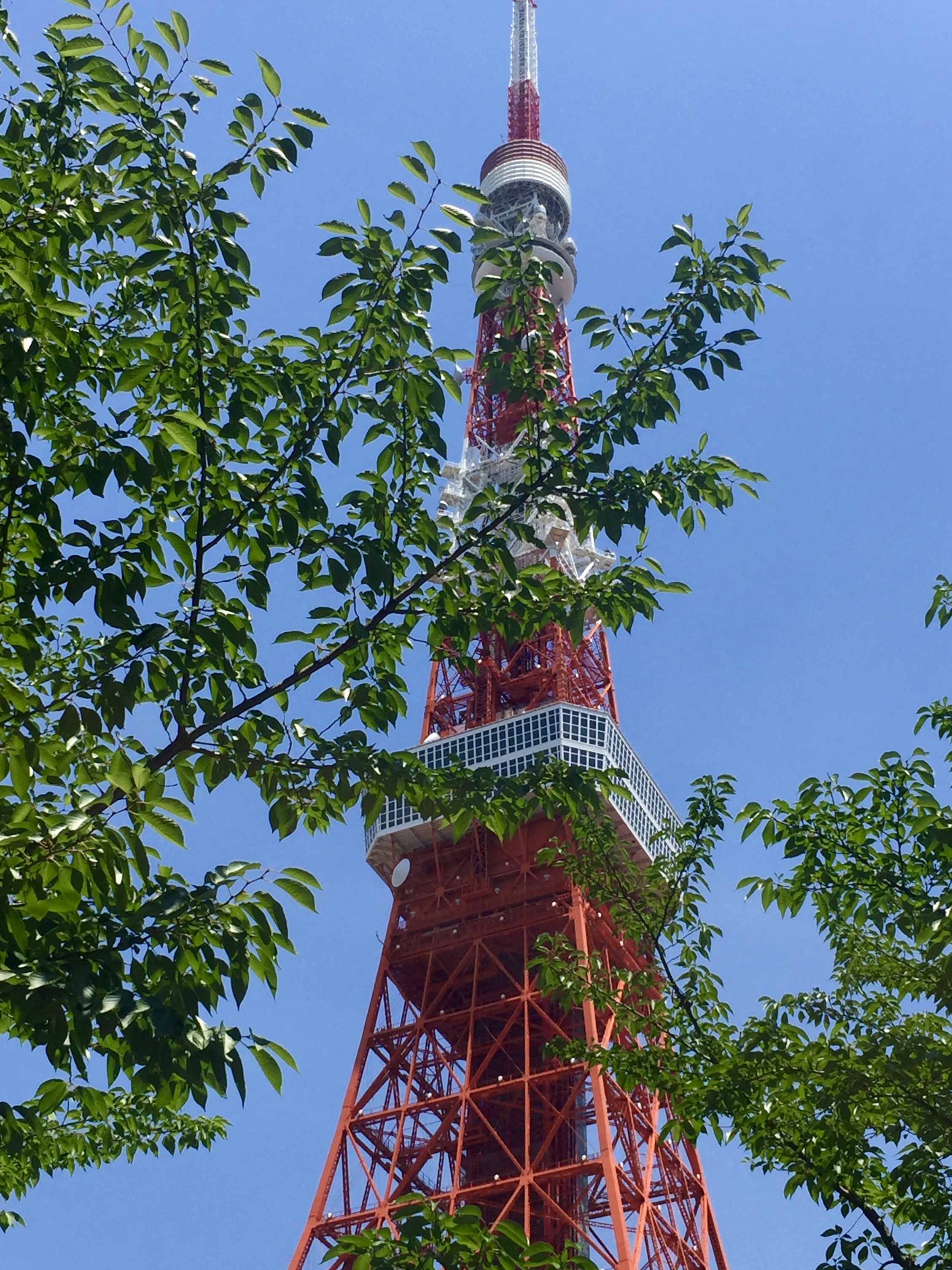 Do you see how I do nothing in the week?  The time for change is now!  Or if I enjoyed my time, does that make it worthwhile and thus ok?

Thank you for reading,