The last of the Palau posts, that calls for a collective sigh I believe. It was good whilst it lasted, or maybe it wasn’t. For this post, I’m going to introduce our hotel and some of the food we ate. Not all of the food because I forgot to take photos, you have to live life!

We stayed at the Palau Plantation Resort. Did we like the hotel? Yes. Did we like the reception staff? Most, but not all. (This is only about the people on reception, everyone else was absolutely fantastic!) Firstly, we were the only non-Japanese guests staying there. Now, I say non-Japanese but my husband is a bit Japanese and does look it. Now, the service the Japanese guests got (remember, we understand Japanese) was much better than the service we got in English from reception. I personally don’t think that that should have been the case and it is that which would put me off recommending the hotel whole-heartedly. One of the receptionists was incredibly rude actually and she would put me off ever going there again. 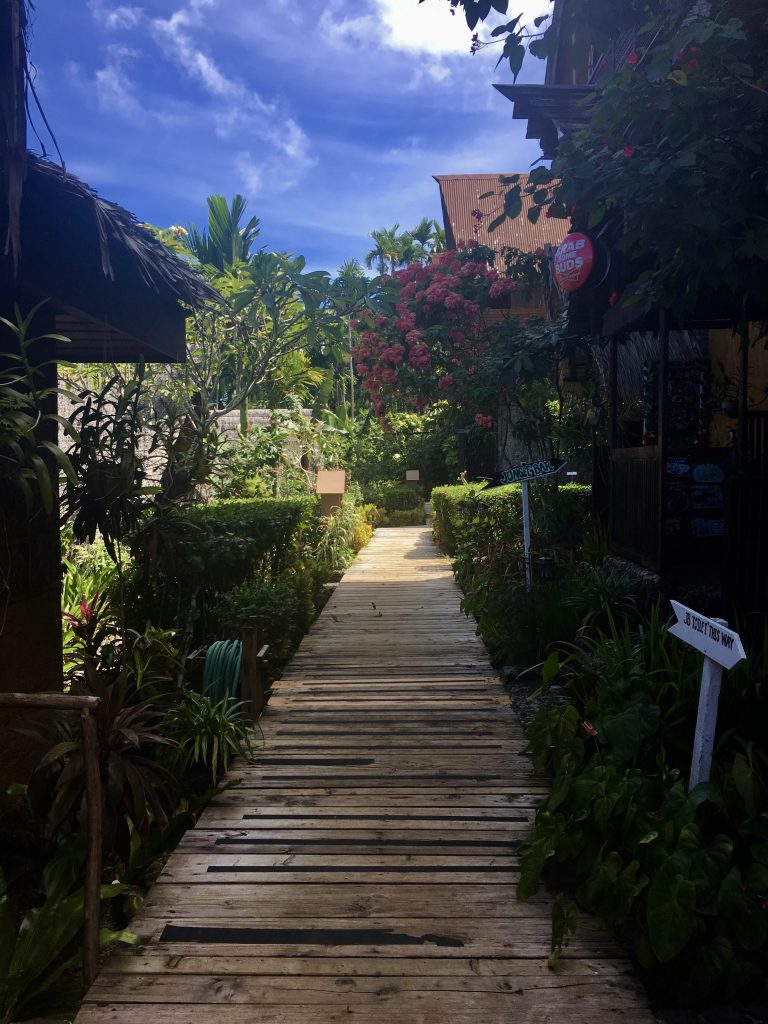 View from our room at sunrise and then on a rainy day. 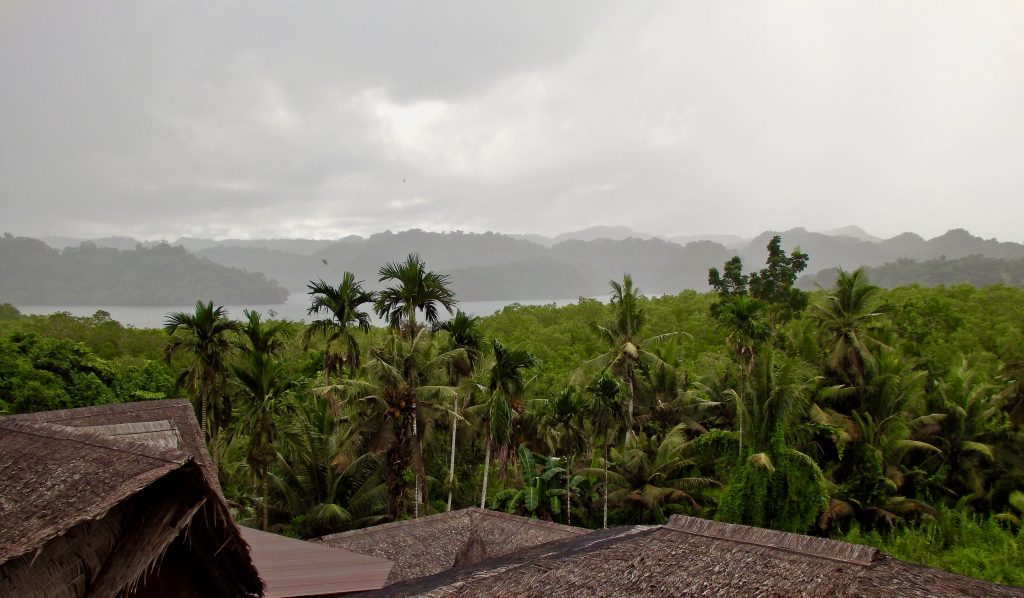 The pool. Another slight annoyance here. The pool was great, when you could use it. Now sometimes, they needed to clean the pool. No problems there, rather we welcomed that. However, there was never any notice about cleaning the pool, so we went down a couple of days and we couldn’t use it and we were disappointed. I know it sounds maybe a bit childish or entitled, but don’t forget, we were on holiday. The jacuzzi upstairs though seemed to always be open during it’s allocated opening times. 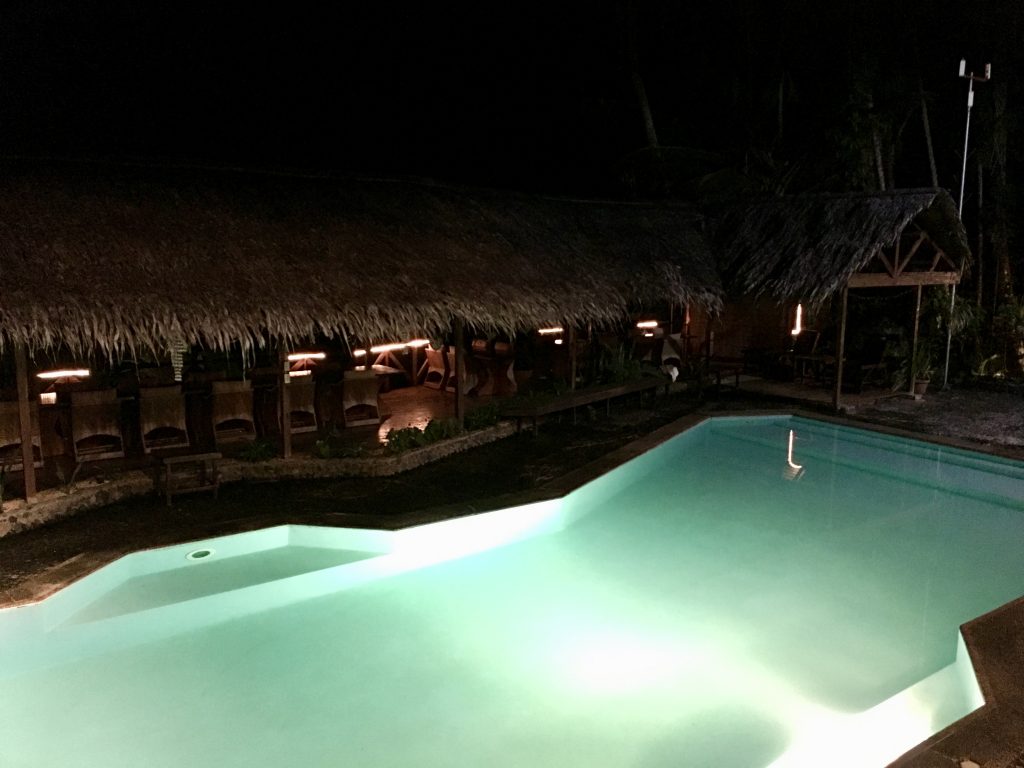 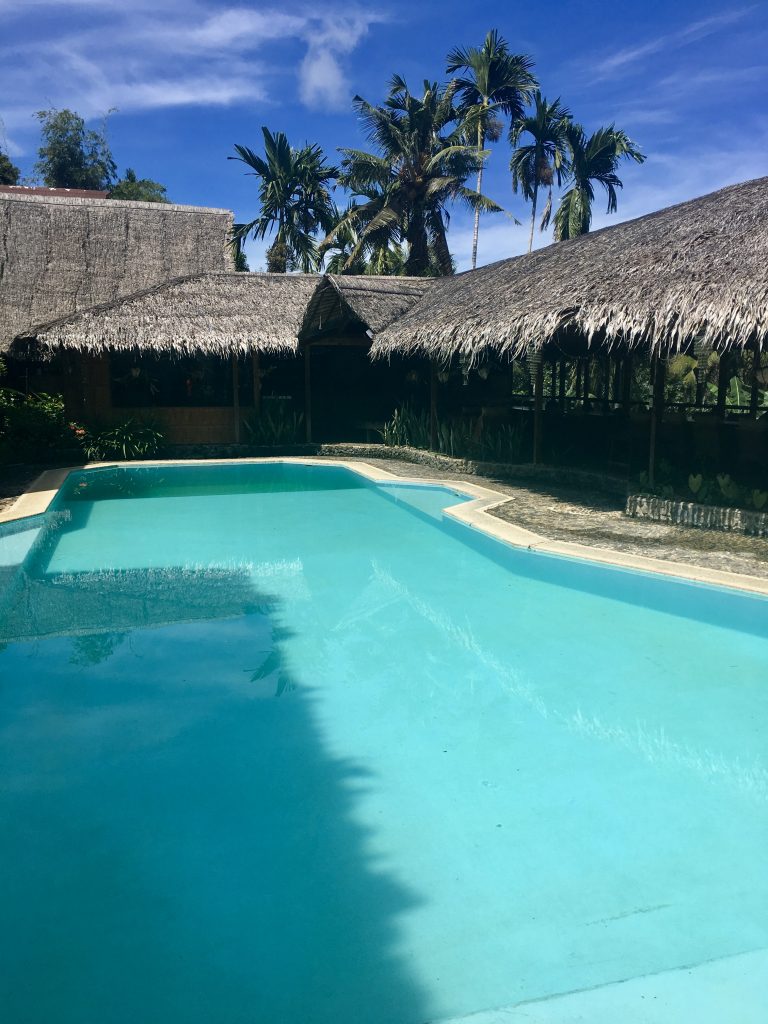 The room, before we left, so excuse the photos. It was a nice room. We tend to go for the cheapest room, this was slightly more expensive for the sea view. I’d just go for the cheapest really unless you’re a family/group and could justify one of the villas. Not much to say, it had everything we needed. 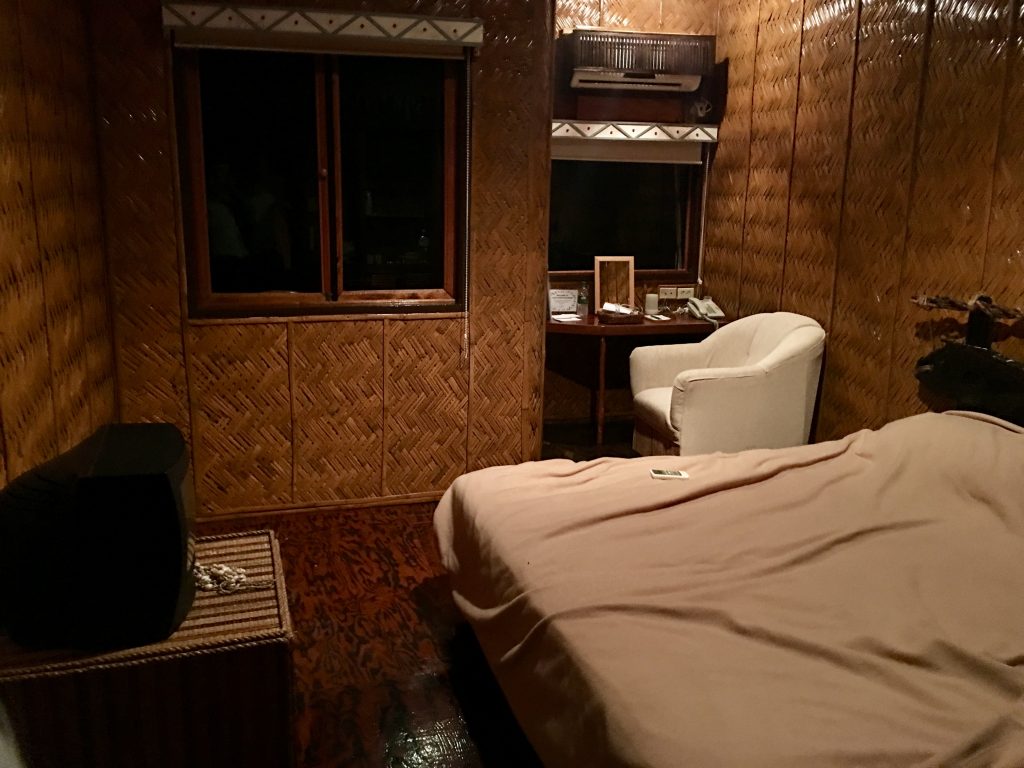 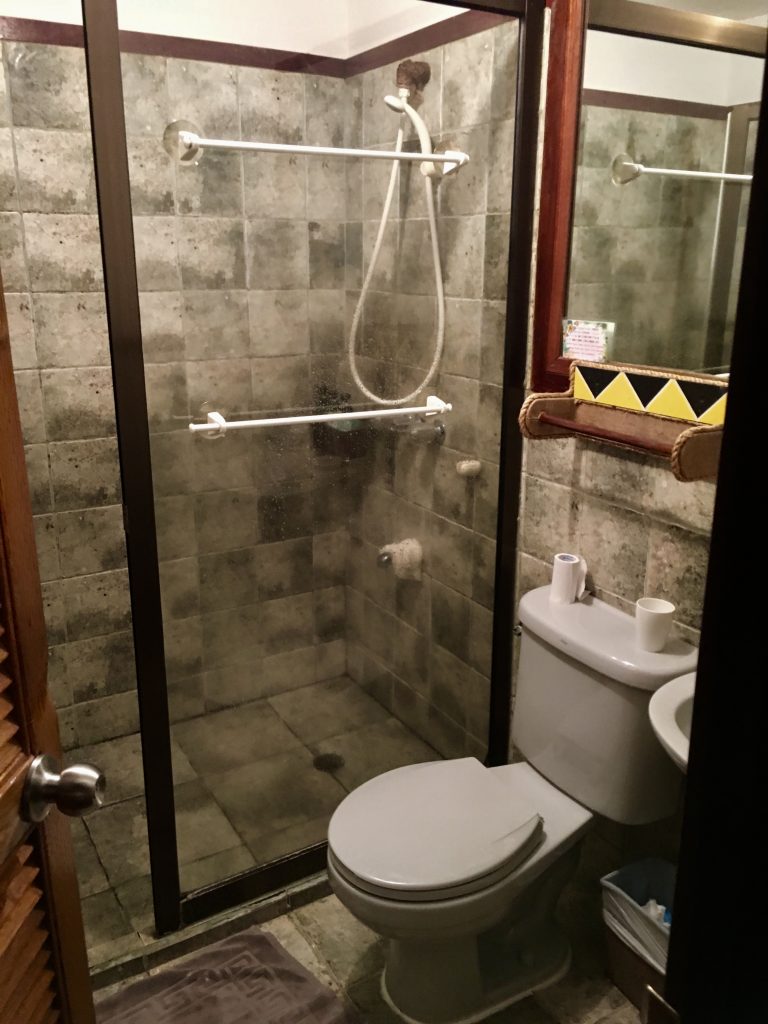 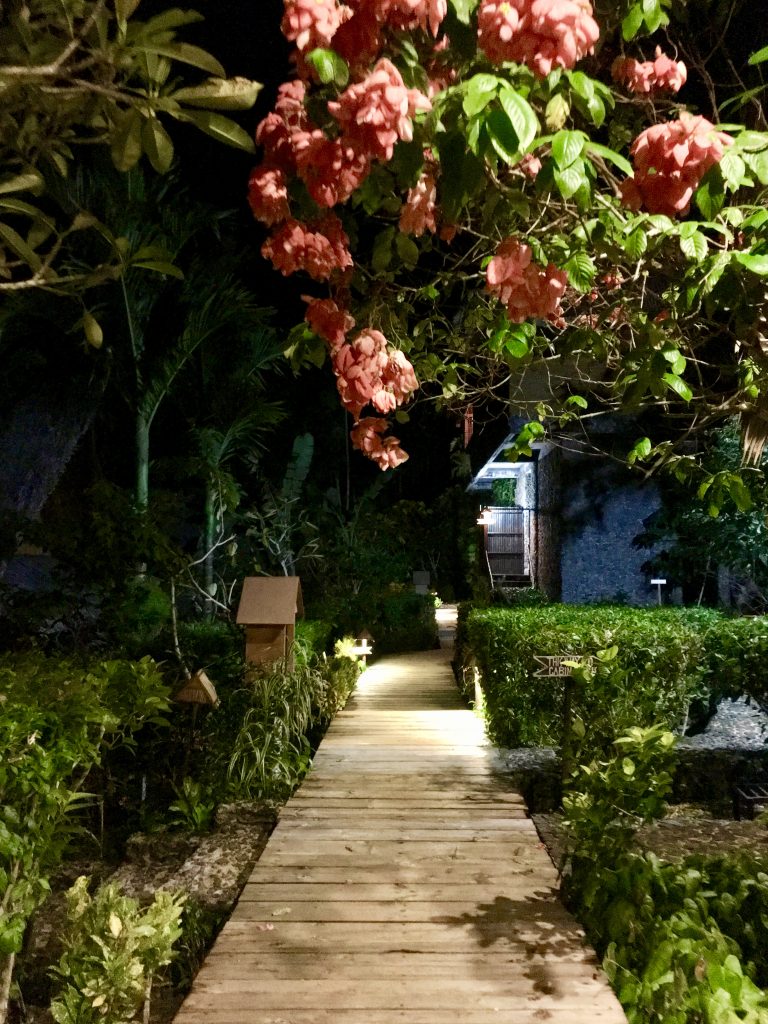 This is Katey’s Healing Garden.  It was such a beautiful location to eat a meal.  No photos because we greedily ate it before I remembered and we were greedy.  A burger and pizza between us along with a smoothie.  We were stuffed.  Highly recommend if you are vegetarian or vegan. 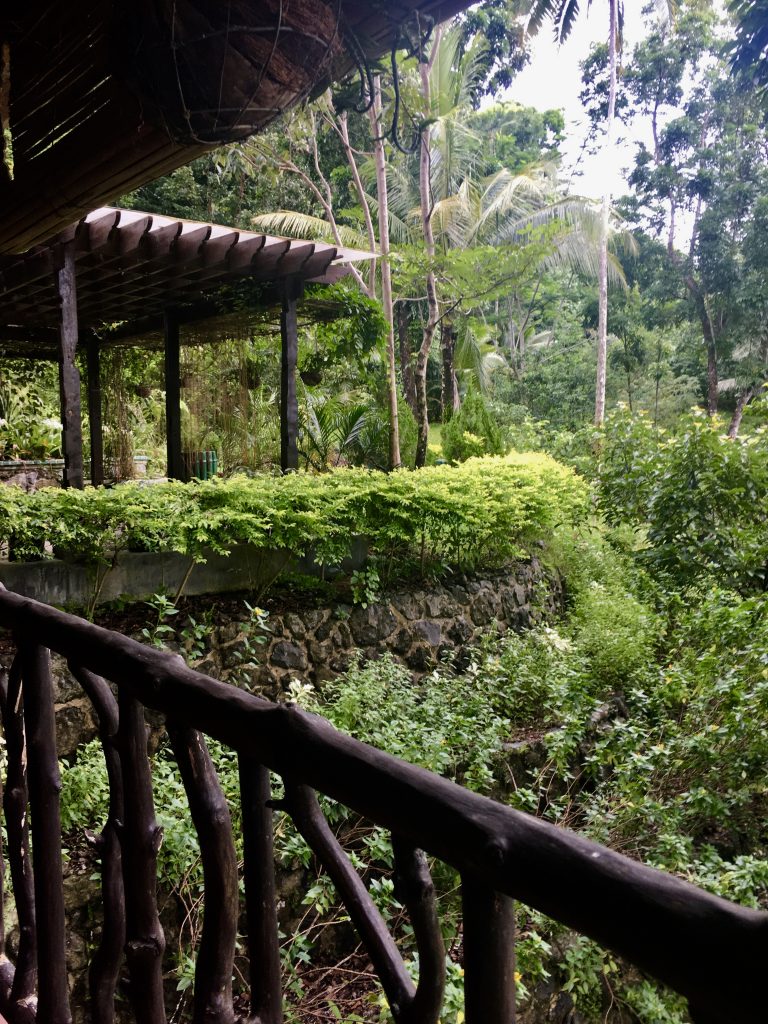 This a Thai meal and again, apologies for the photos, they were taken mid-meal. This was at Jasmine Thai. It is a tiny place but really nice and very cheap. They were accommodating and made me a tofu dish (it probably had fish sauce but beggars can’t be choosers). 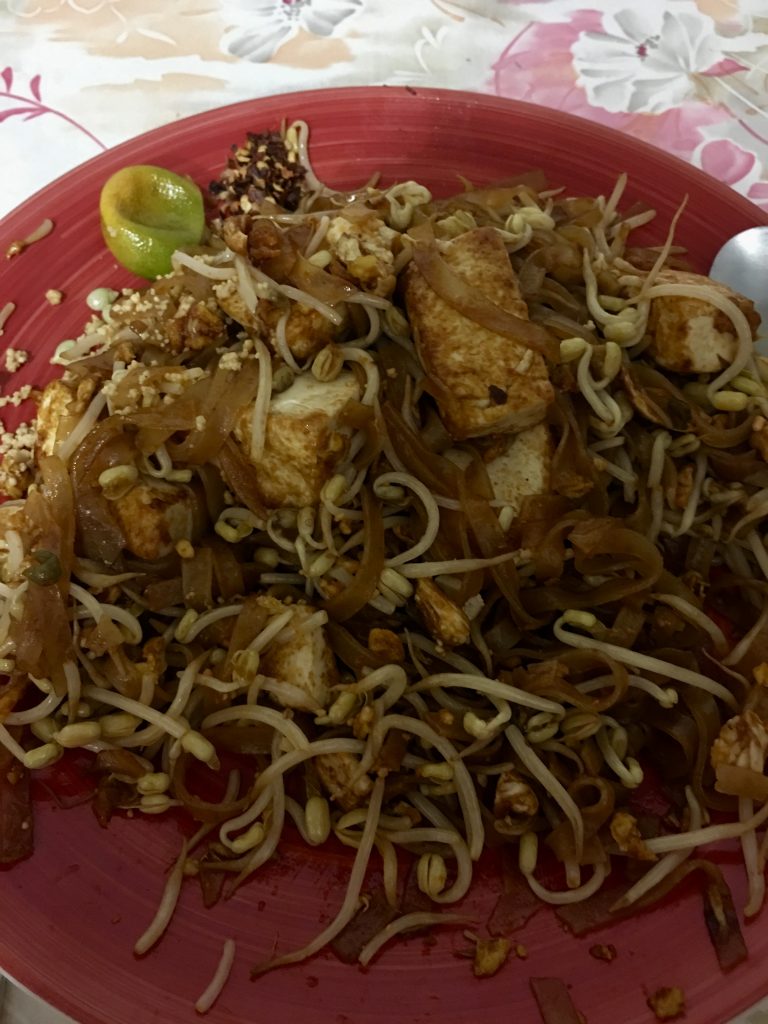 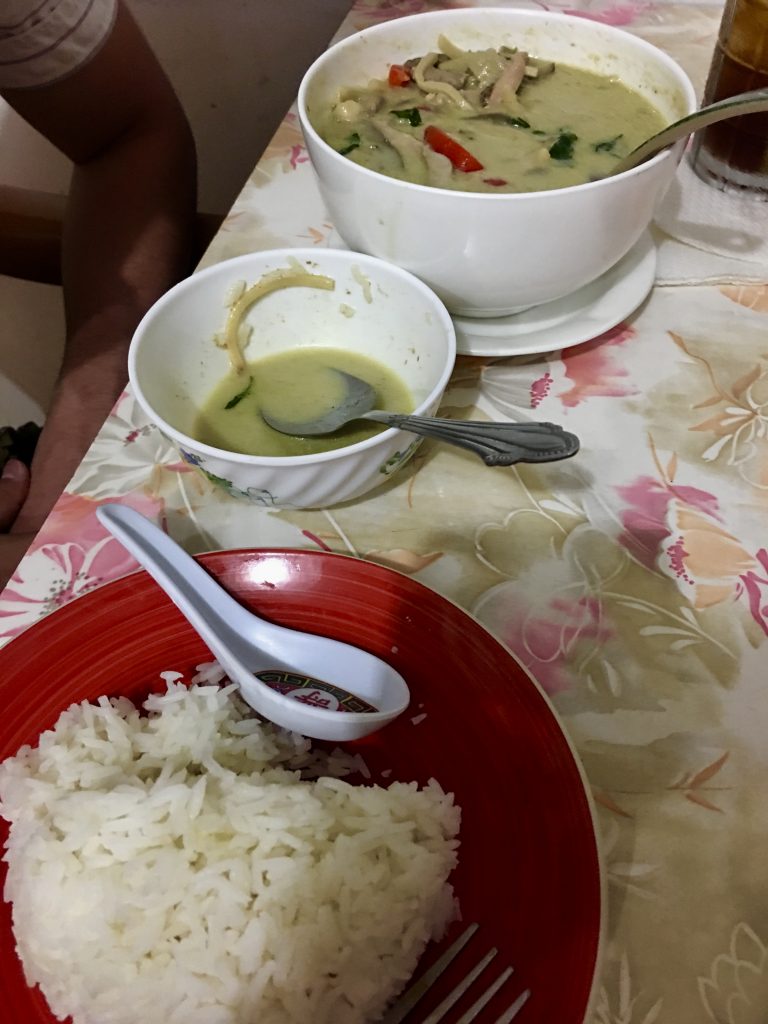 This is the Jungle Bar at the hotel. Do I recommend it? Maybe for drinks, not really for the food. We did eat in the onsite restaurant, Forest Garden, and we did enjoy the food in there. 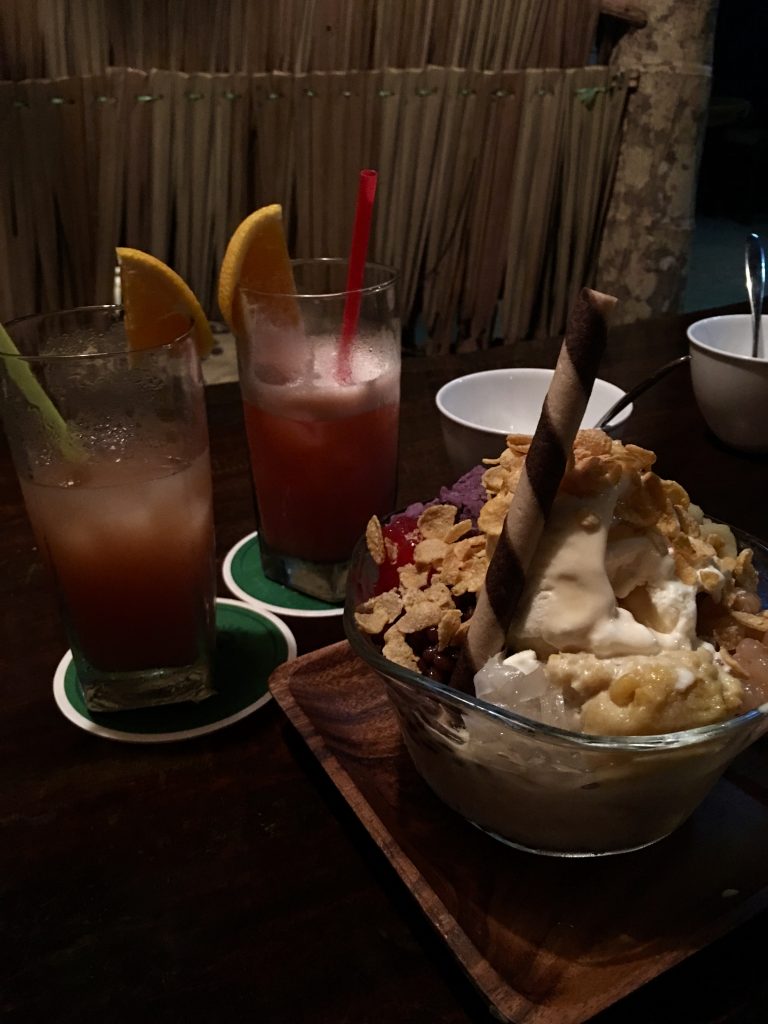 Then we have breakfast at Coffee Berry which was nice. Good place to get wifi and friendly staff. 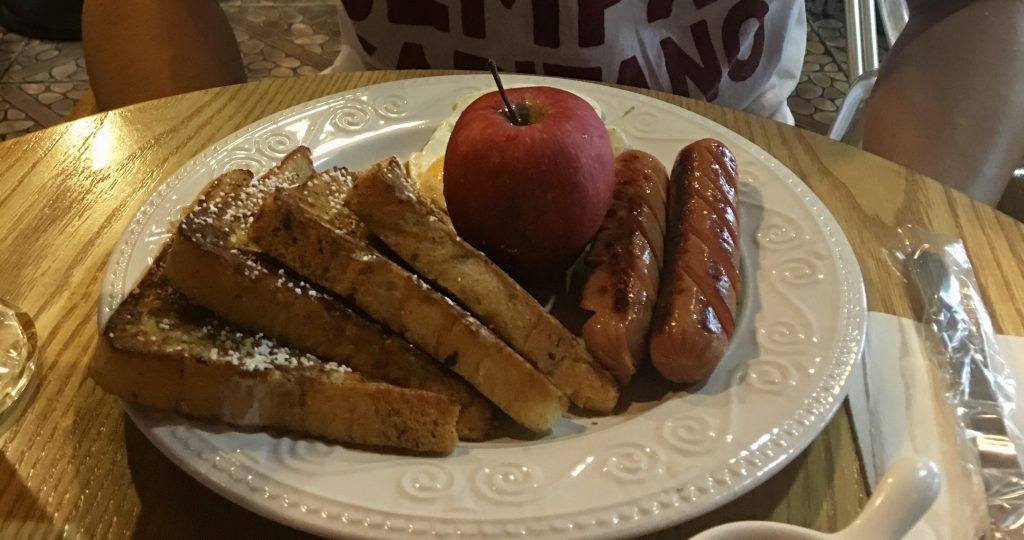 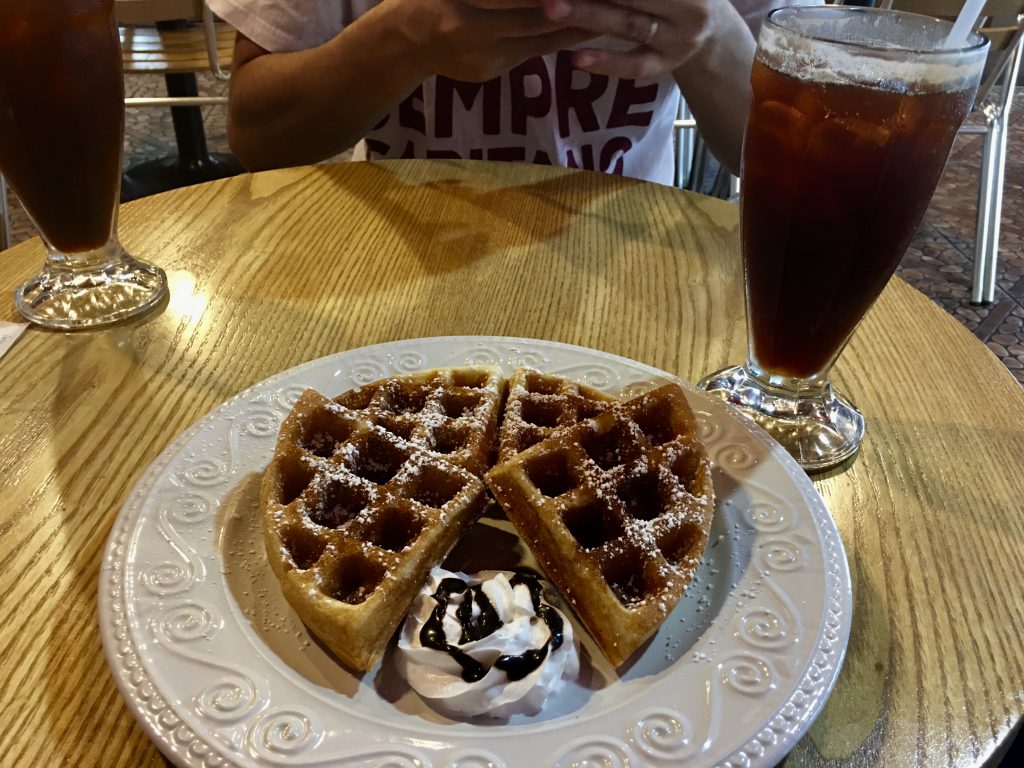 The best place we dined at was Elilai and it was amazing. The view, the food, the atmosphere. We booked and were given a fantastic table overlooking the sea so we got to watch the sunset. We doubled the meal up as a birthday meal for my husband and a wedding anniversary for us both. They had a gentleman playing music and singing, the food was really good and the staff were really attentive. They can pick you up at your hotel and drop you back off. 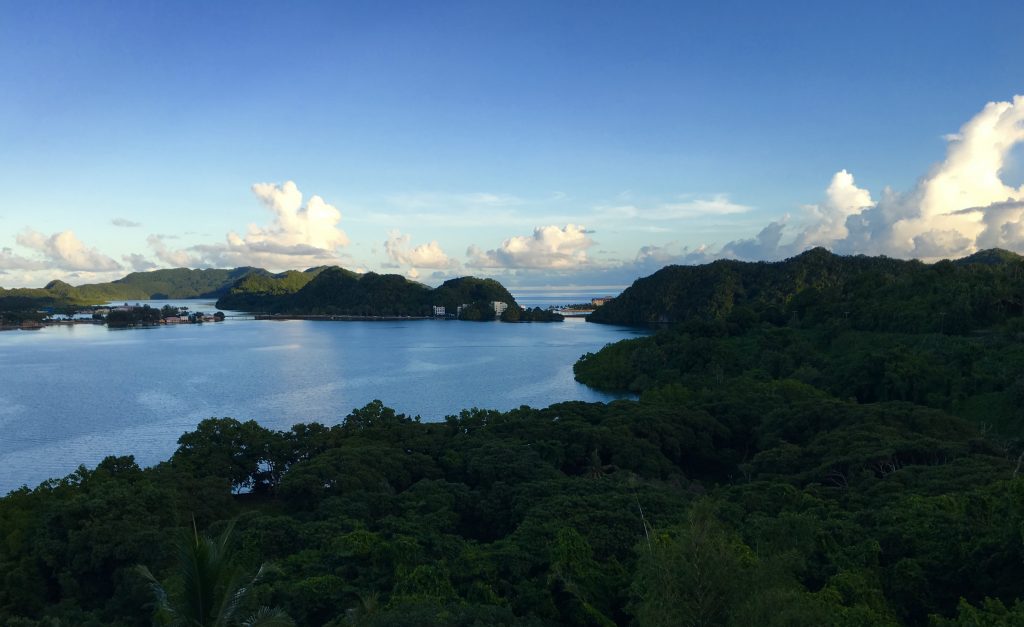 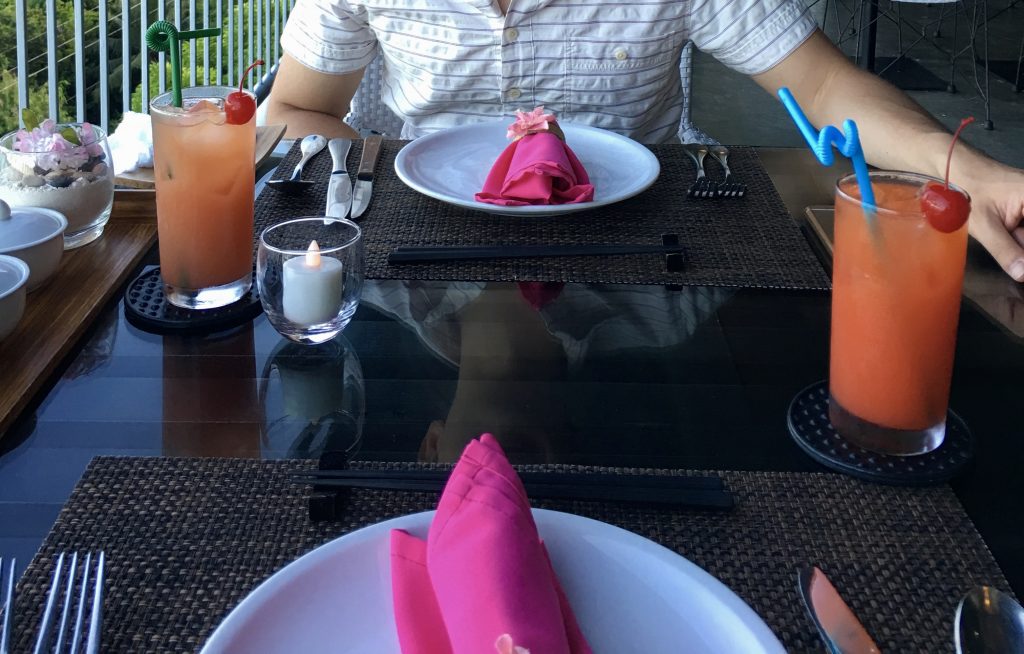 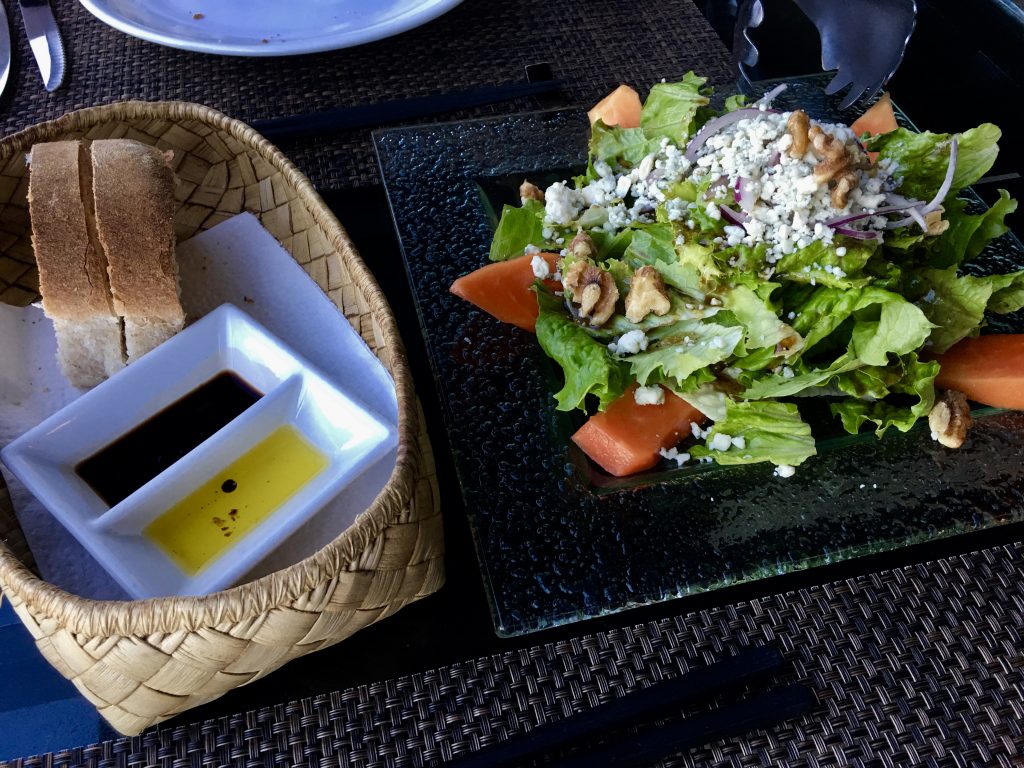 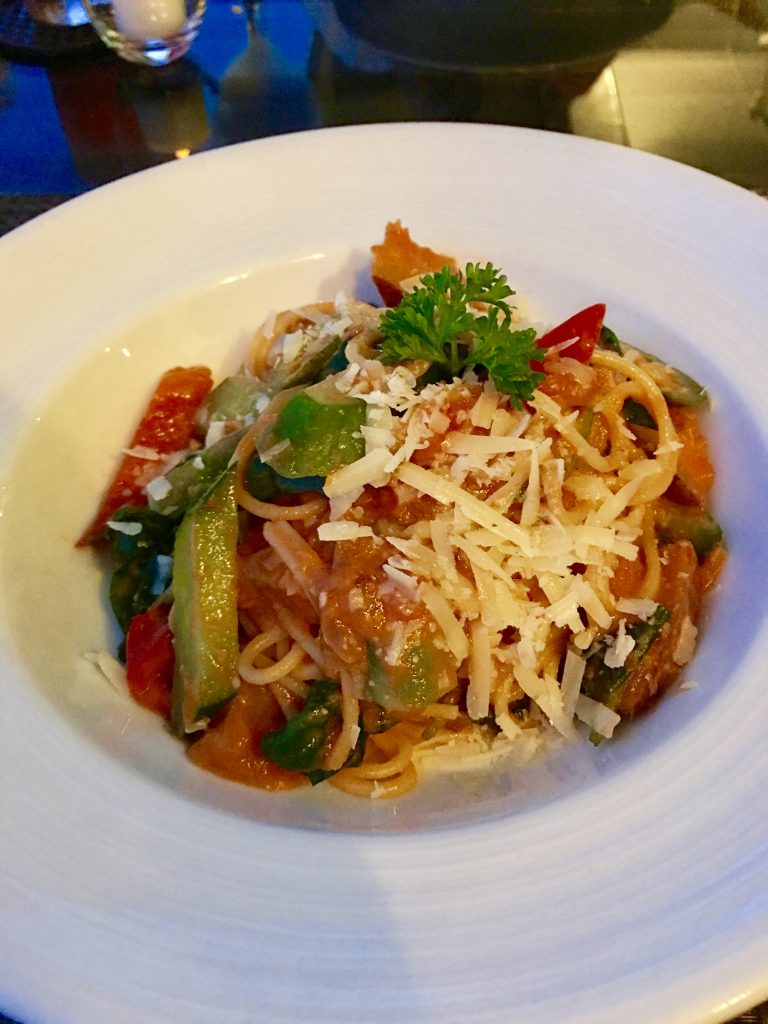 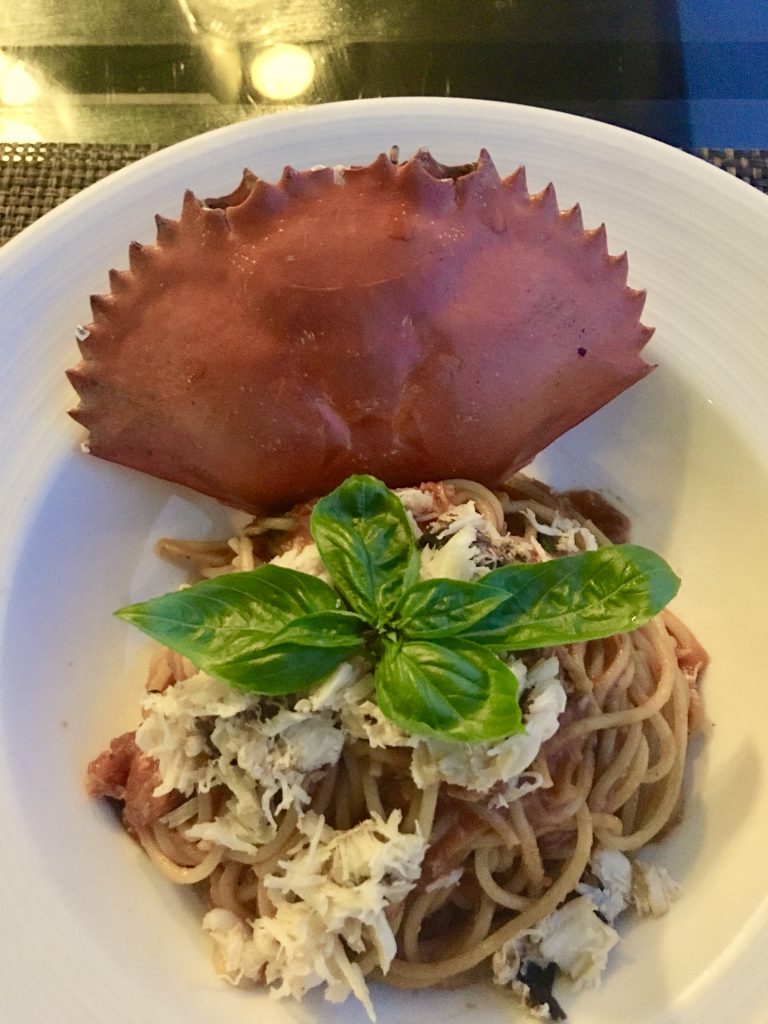 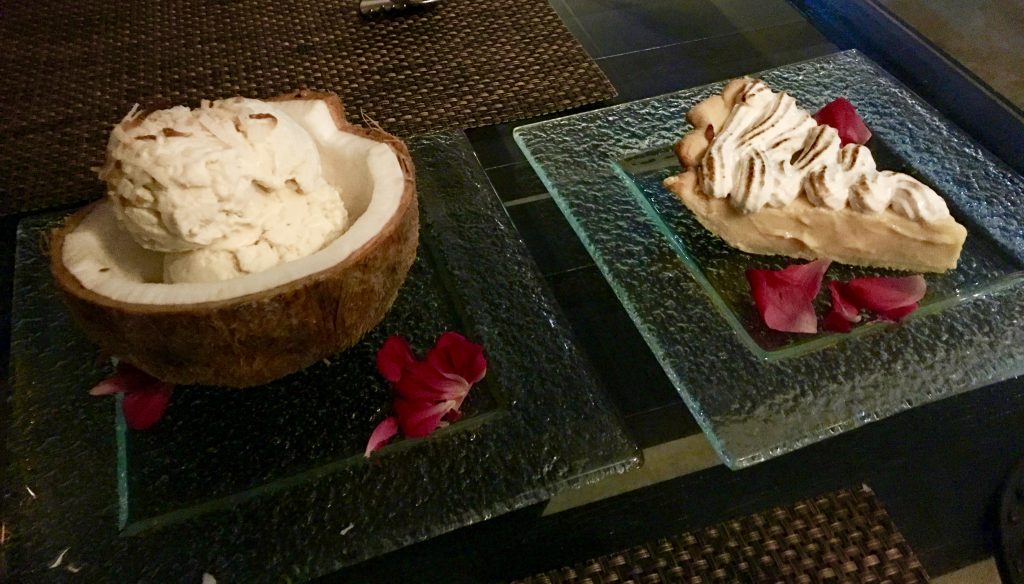 A few other places we ate at include the following: 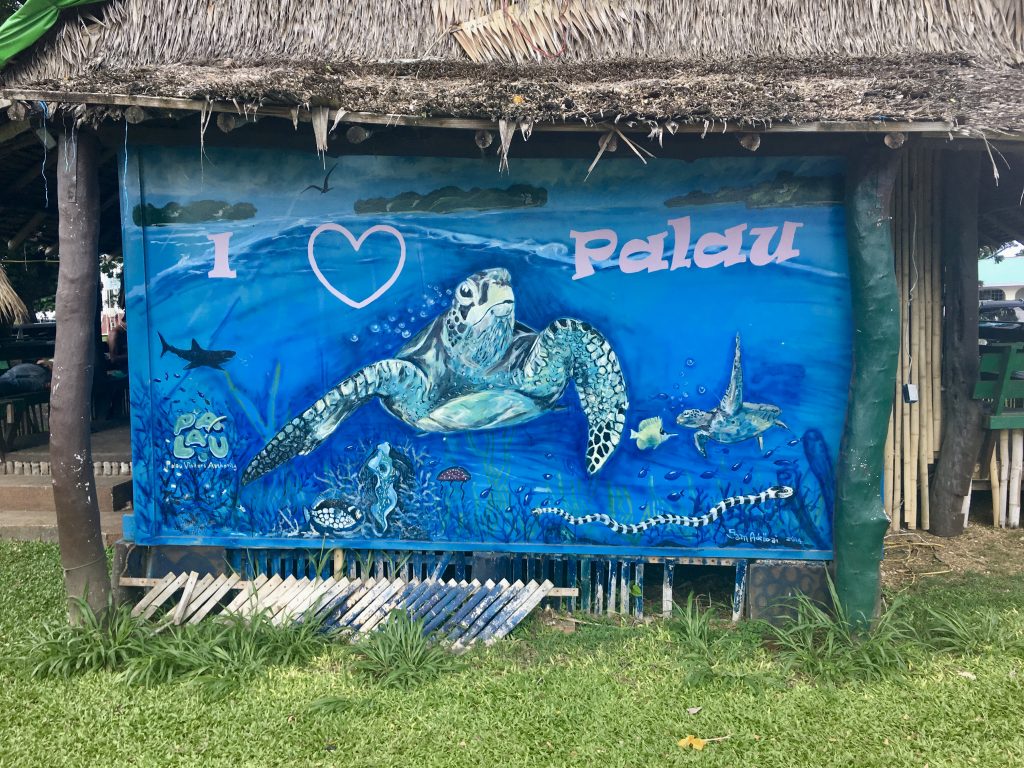 Any questions about Palau? Let me know in the comments.
Emily