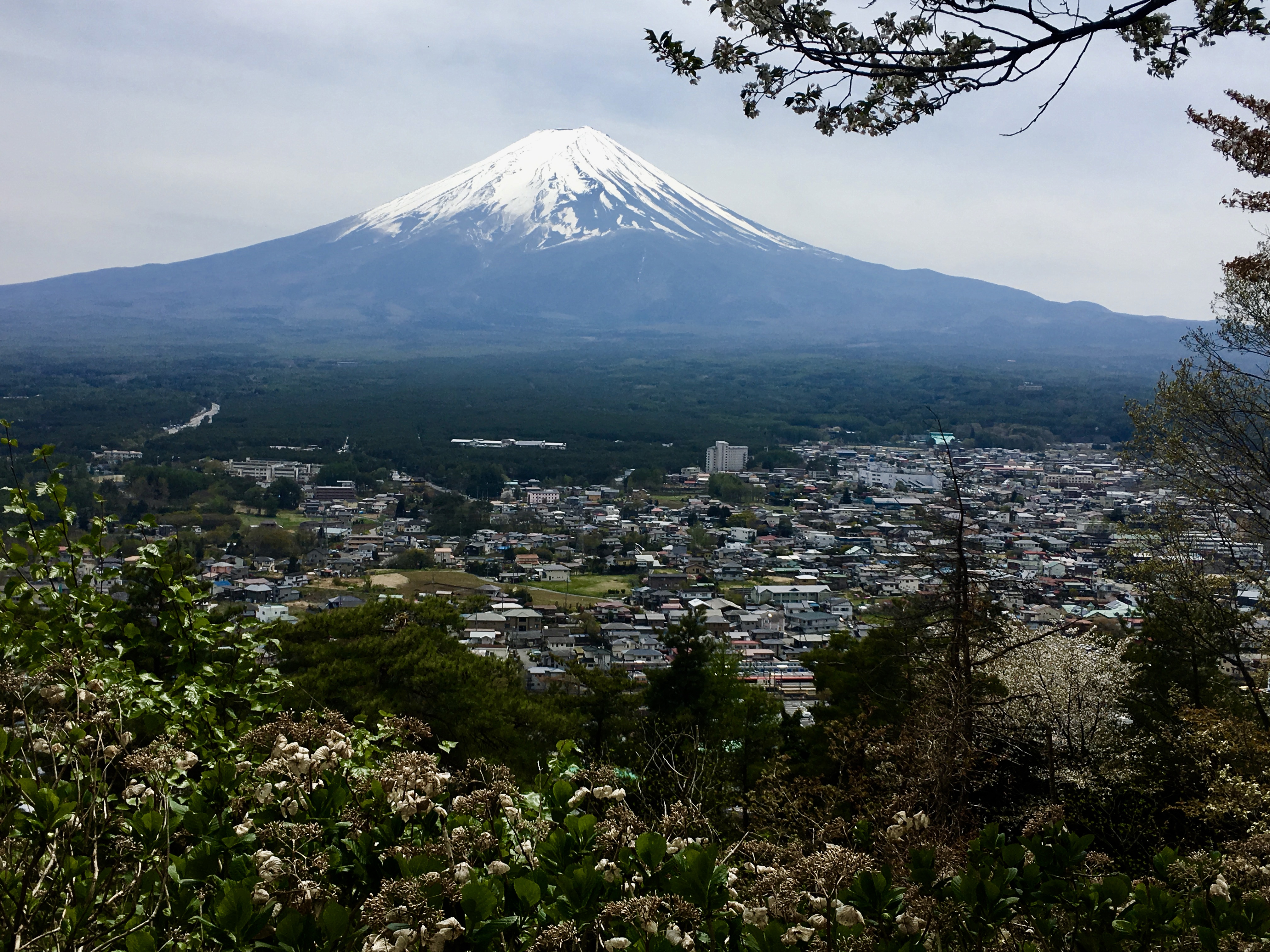 I hope you are all well (she says to herself).  But yes, I am well.  It was Golden Week last week in Japan. We left it too late to book anywhere abroad.  Well, we could have but it would have cost a small fortune, so we just had a what’s that recent buzzword again?, oh, staycation.  We got a JR Tokyo Wide Pass (and that’s JR east which caused a lot of confusion for us – Dear JR, maybe put east in the pass’ actual name?).  So, where did we go? 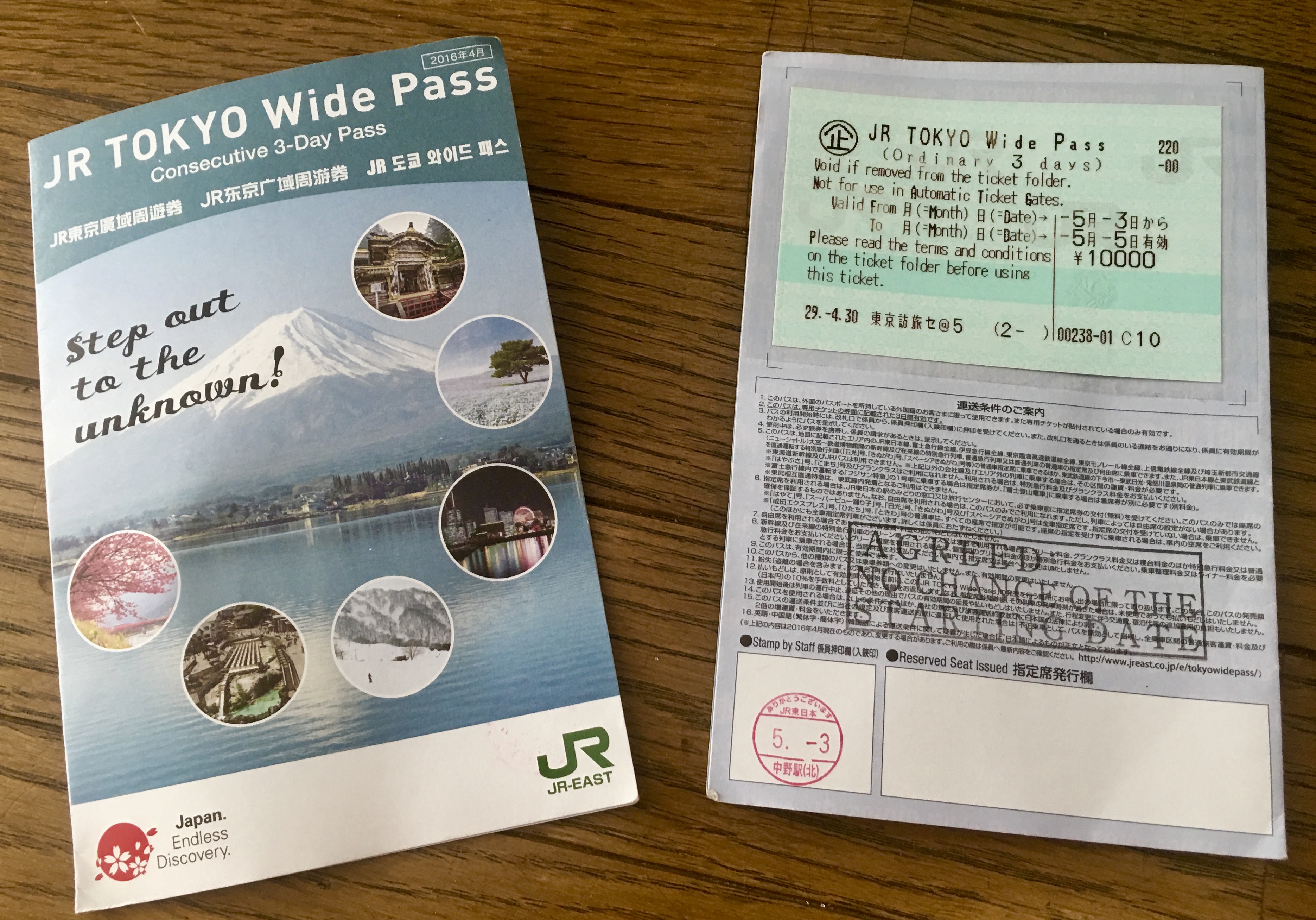 We went to Kawaguchiko on Wednesday 3rd.  It was so nice, not too hot but just the right kind of temperature for walking about. 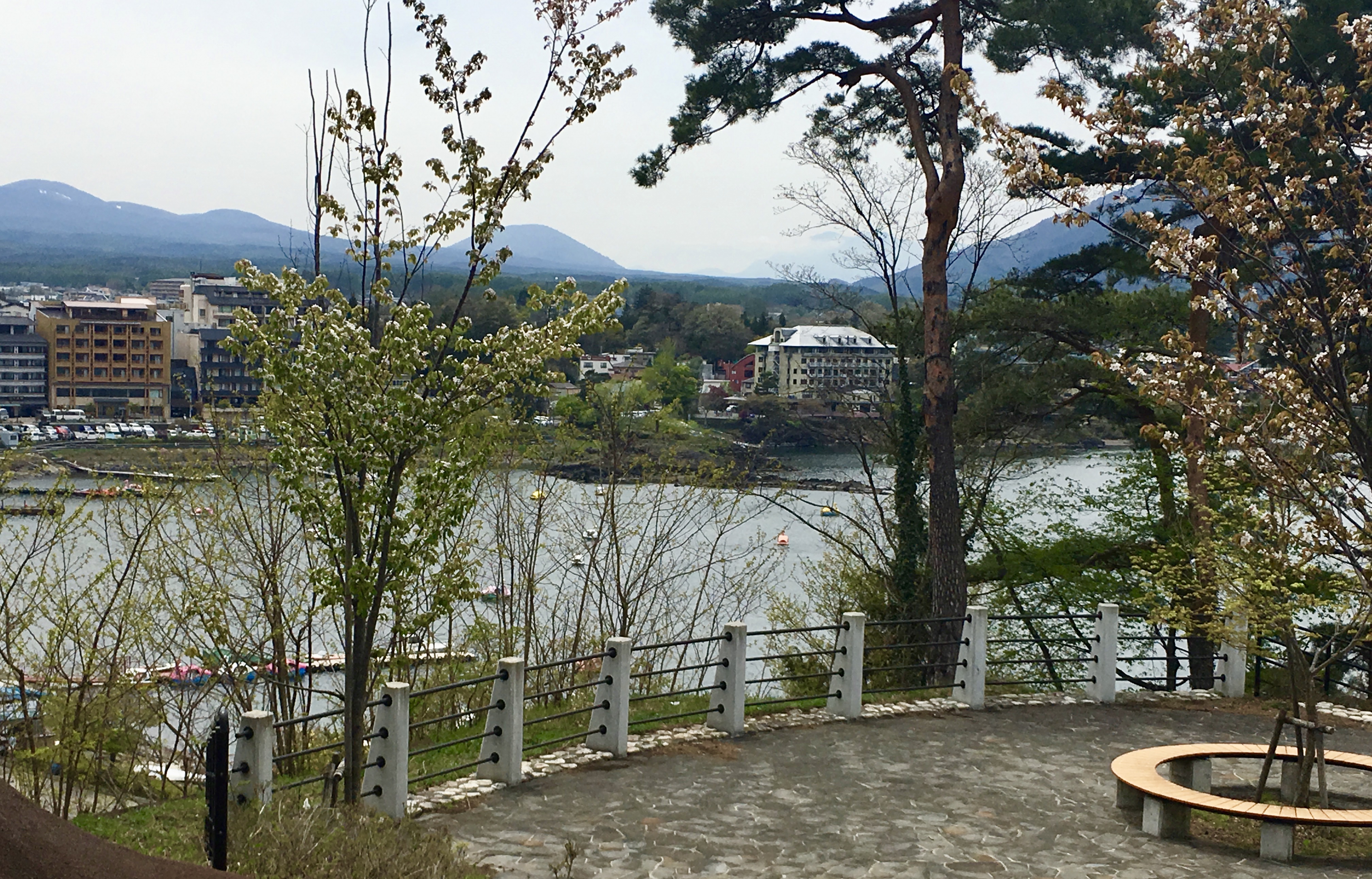 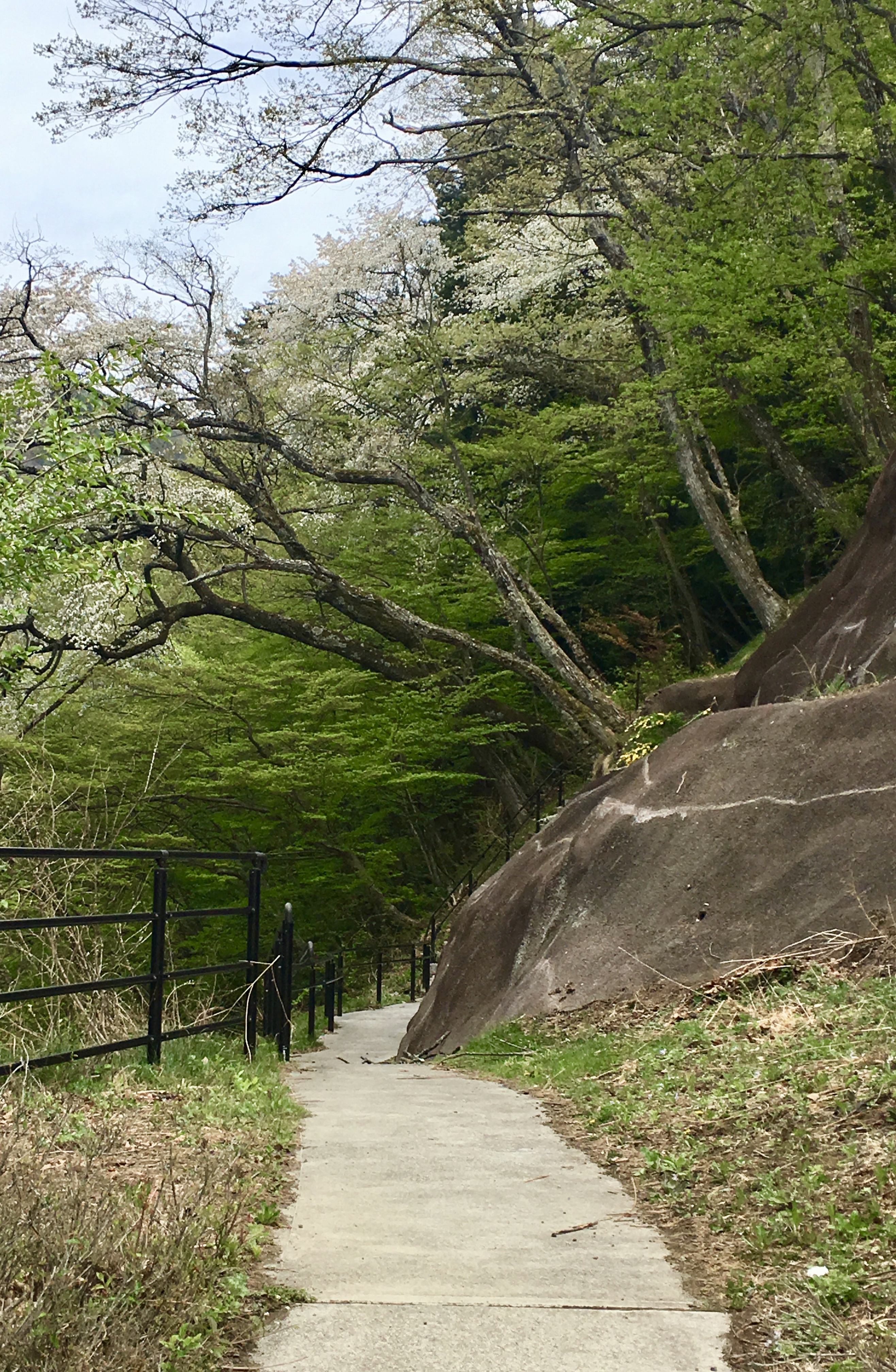 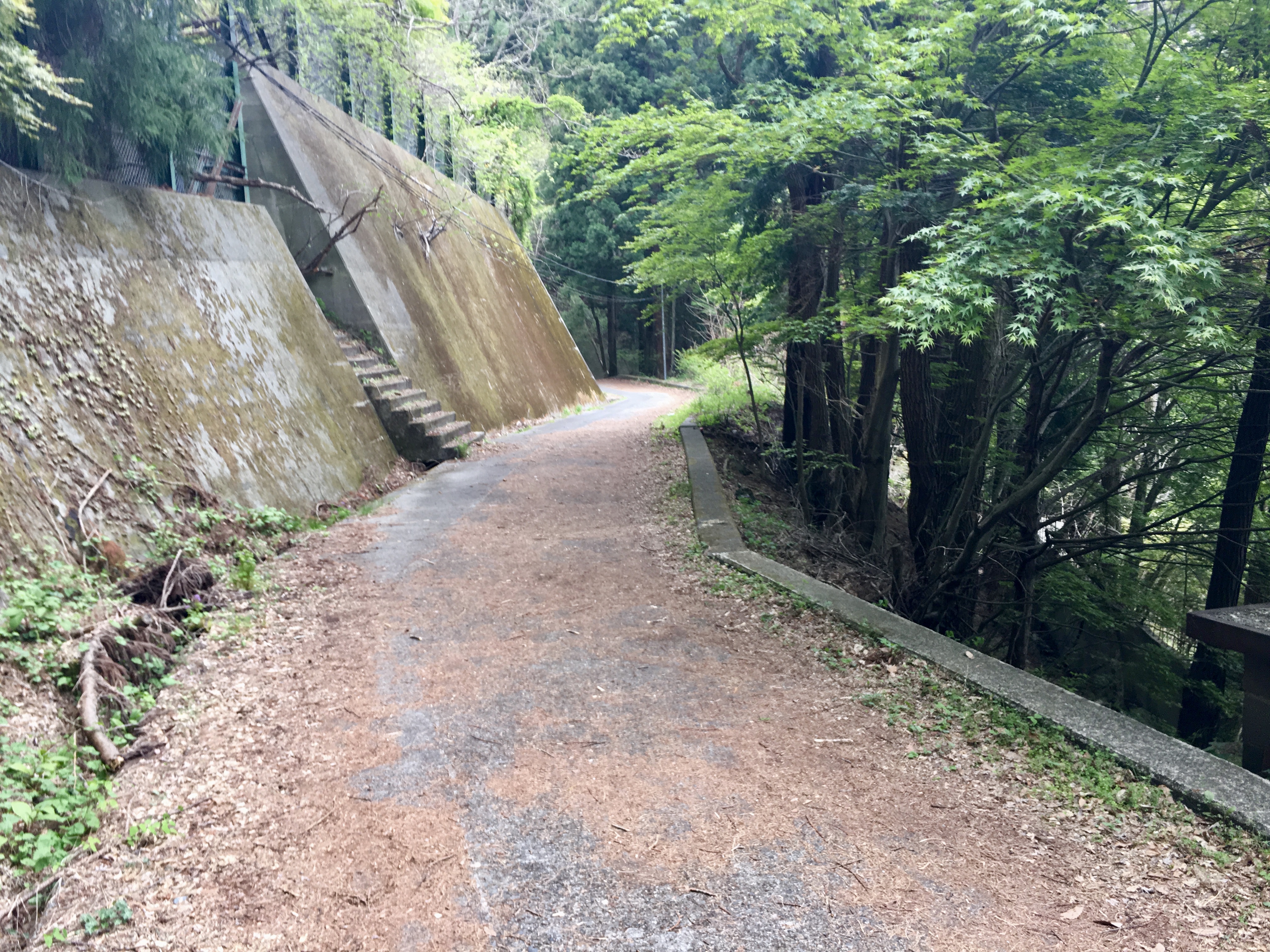 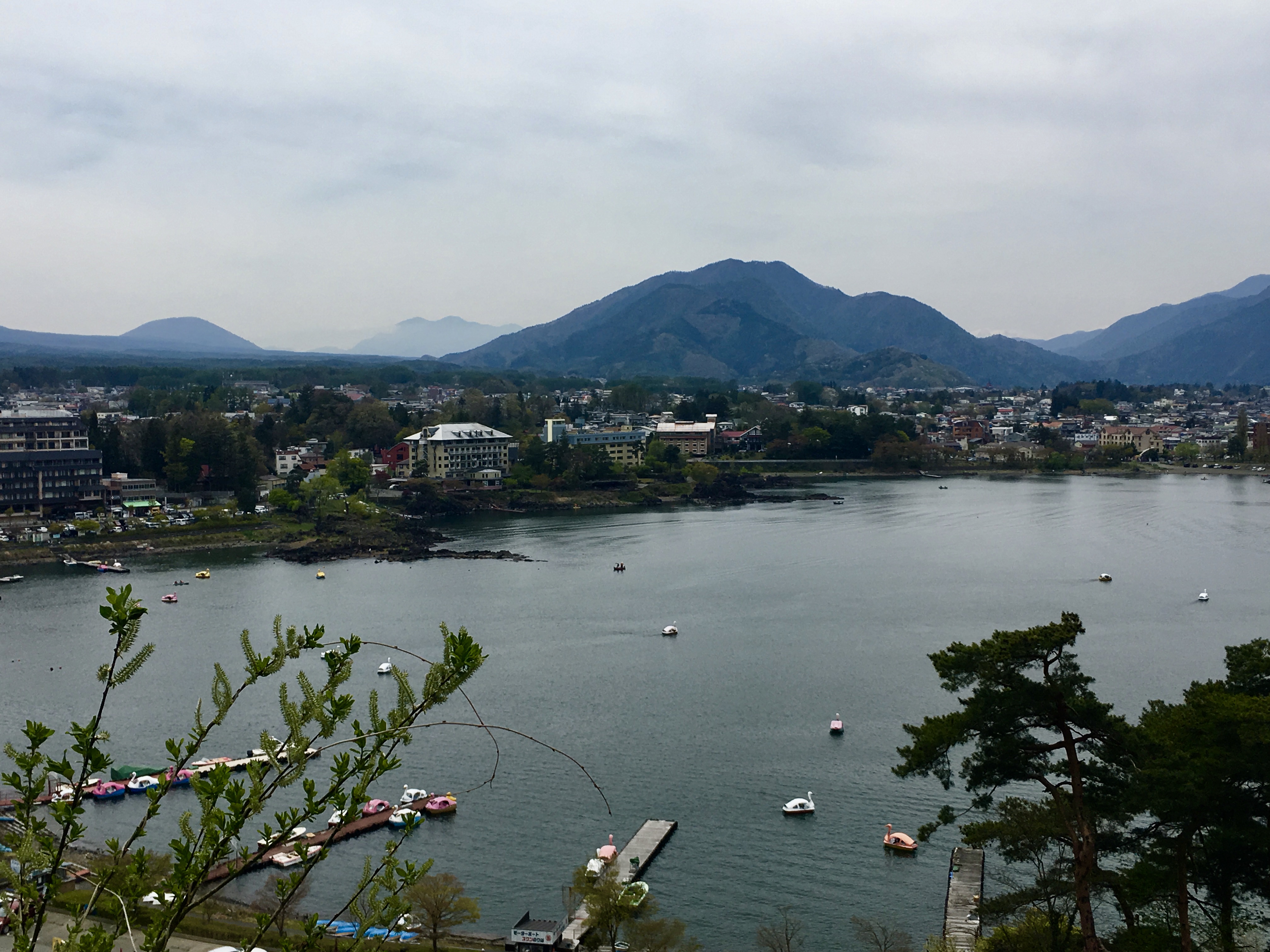 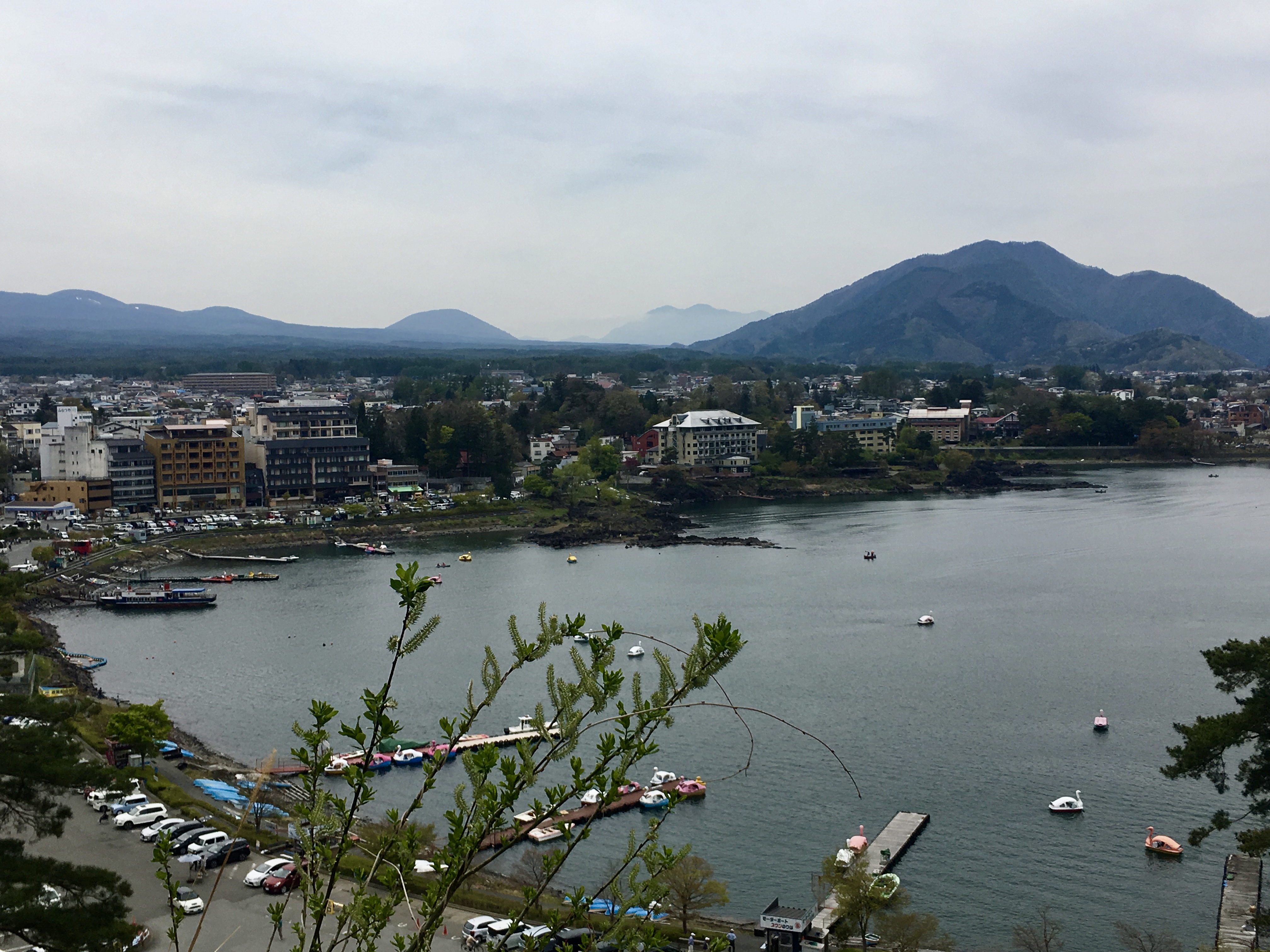 We were going up a, I want to use the word trail, but it was a path. 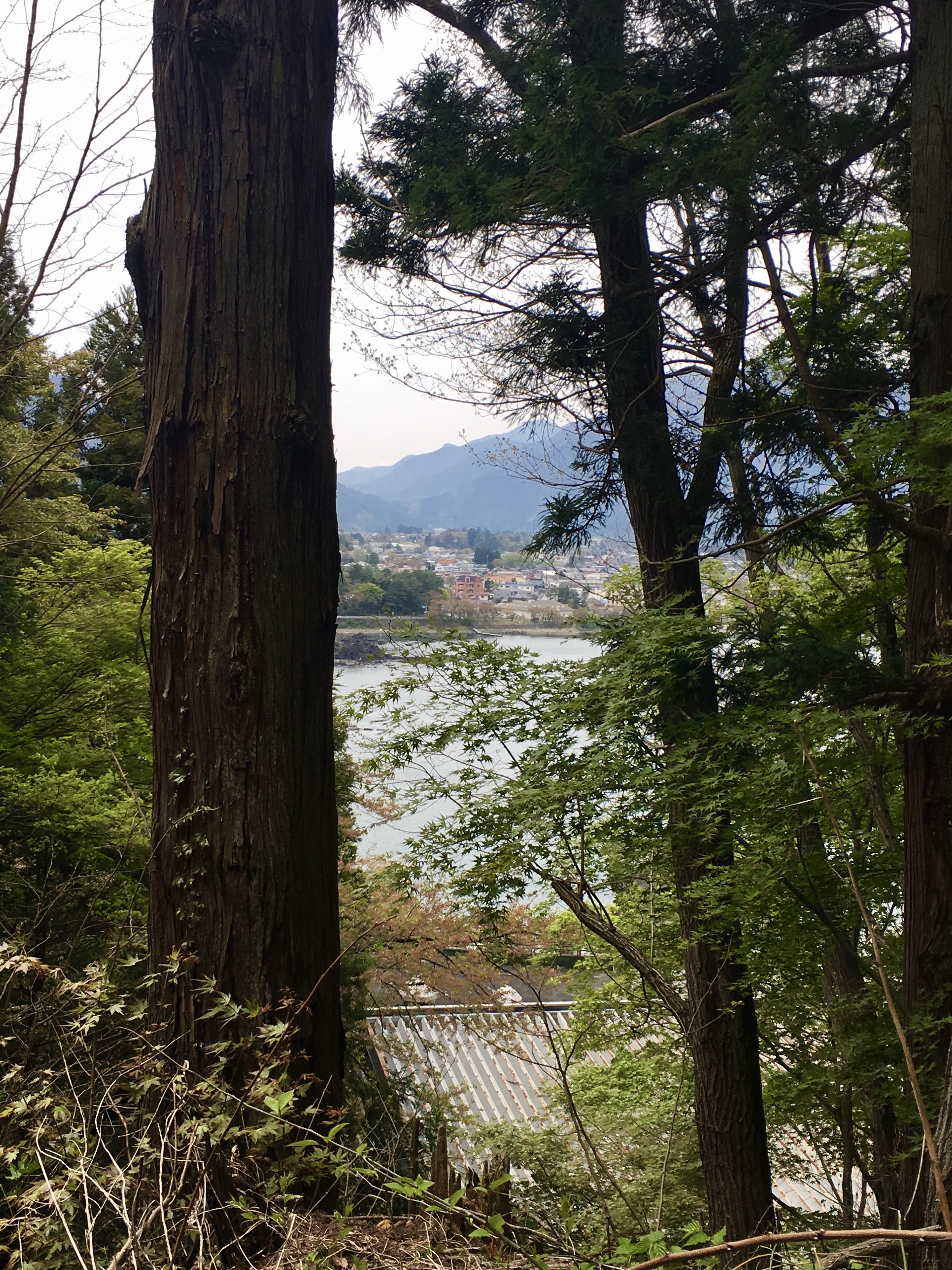 A cherry blossom still in bloom.  This is the kind I typically see in England. 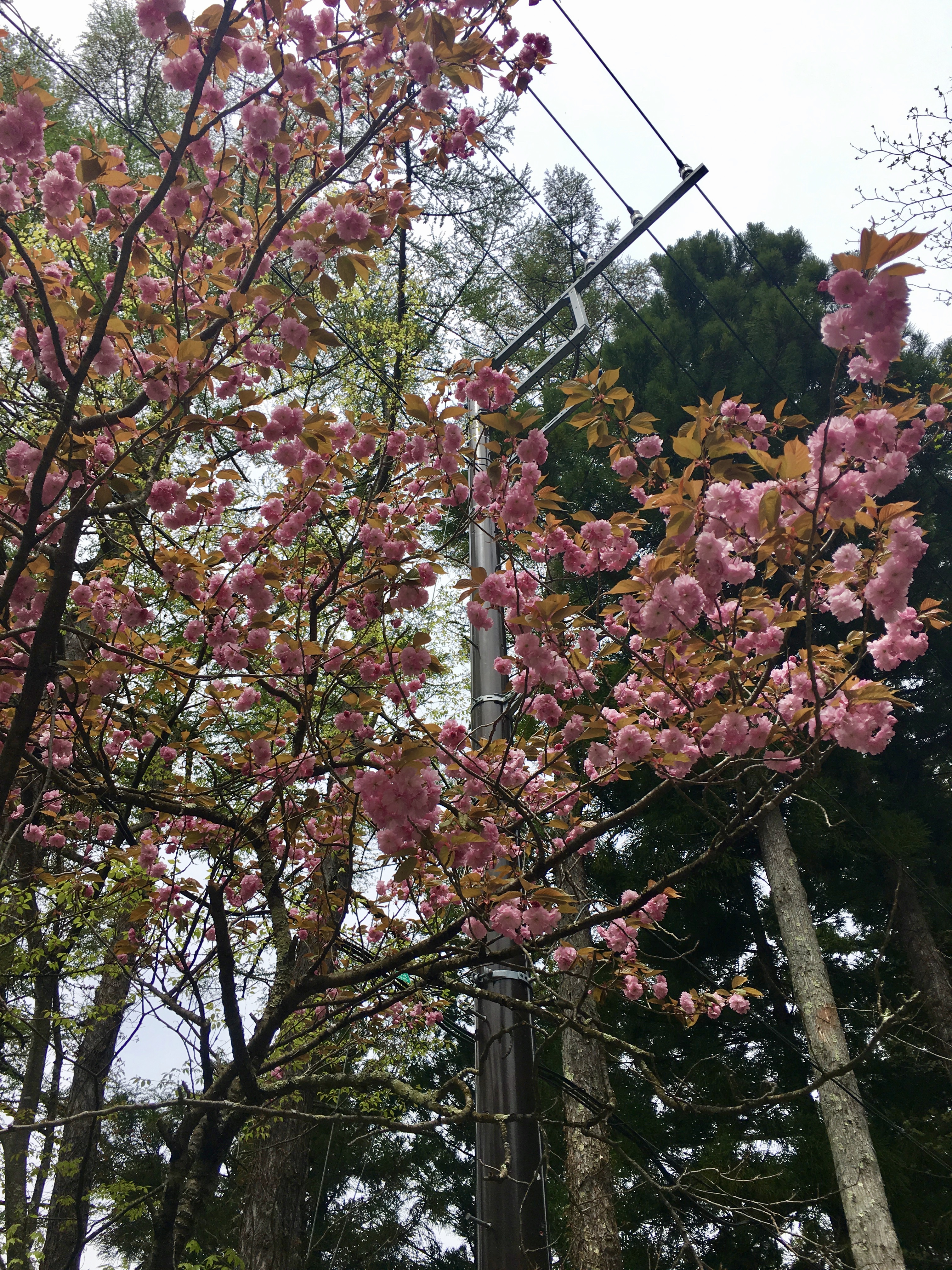 A shrine, when we came back down later, a little bird was having a bath.

I think this picture looks a little bit autumnal but the trees are actually sakura, they were just very bare.  You can see the petals on the ground. 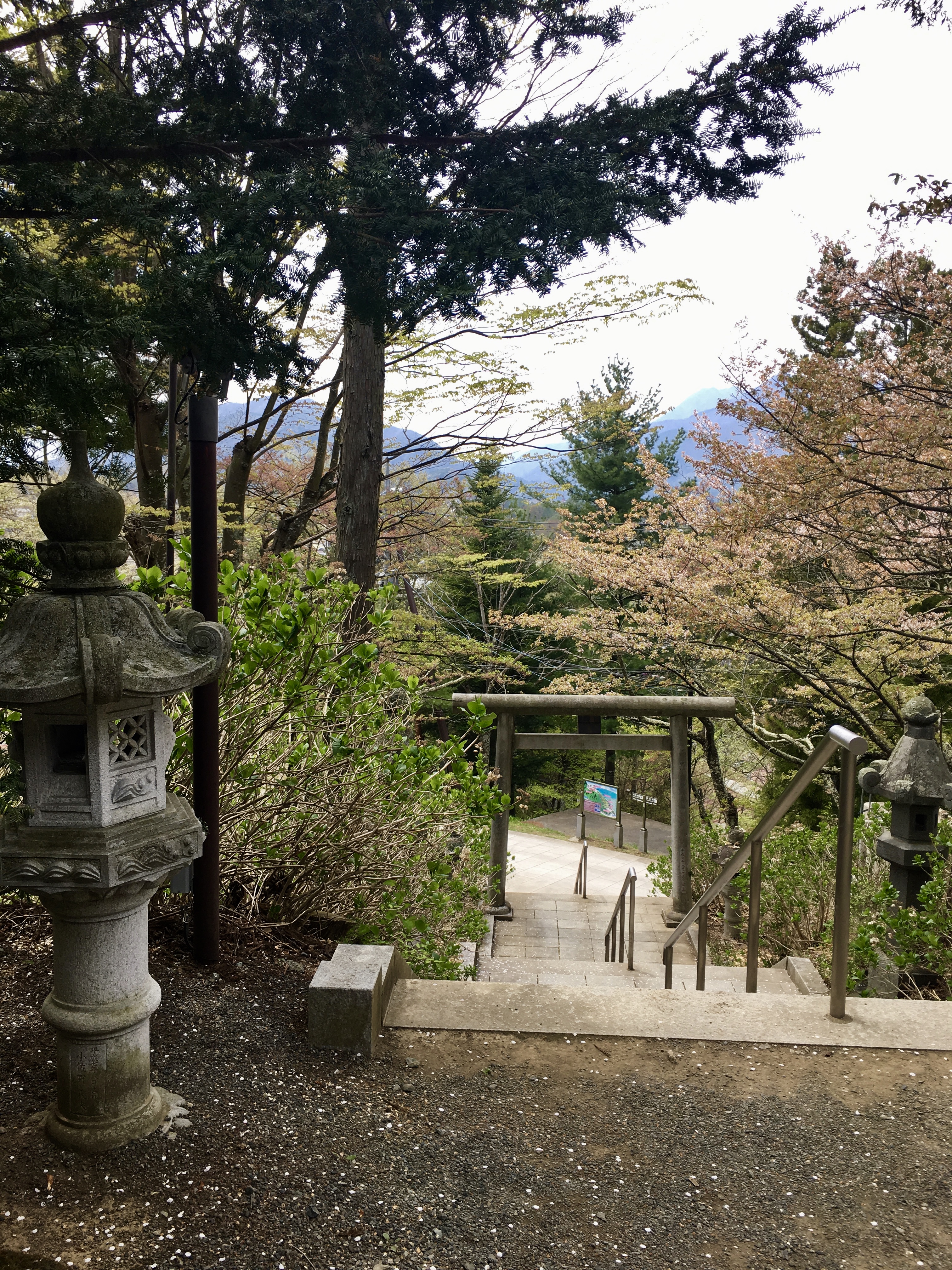 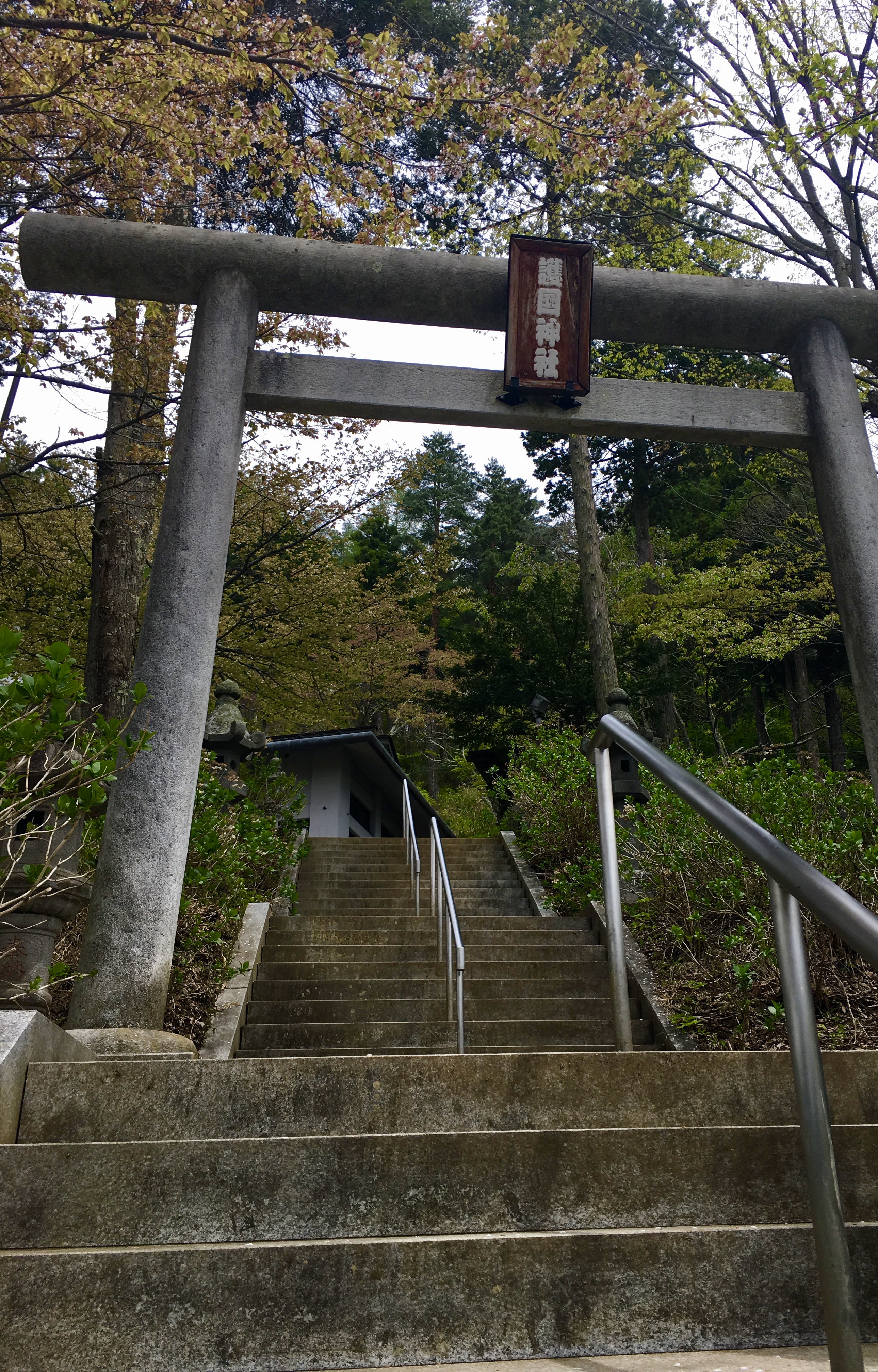 There was a sign and I wish I had taken a picture that warned of wild boars which yeah, we all know but also bears!?!  Now I know Japan has bears, I just thought they were in Hokkaido, not at Kawaguchiko!  We stopped dawdling at this point and were practically running to get to the top of the mountain (hill). 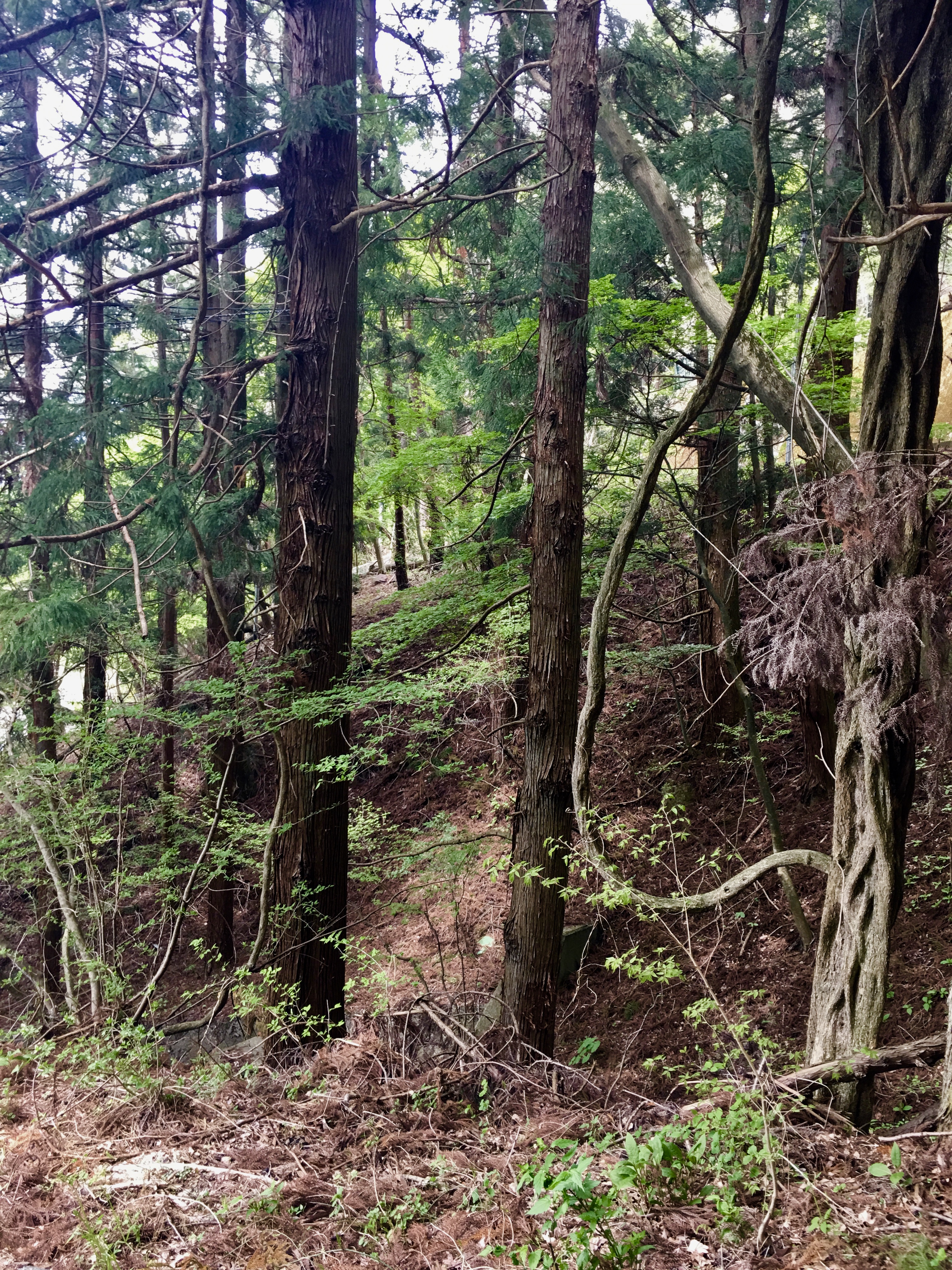 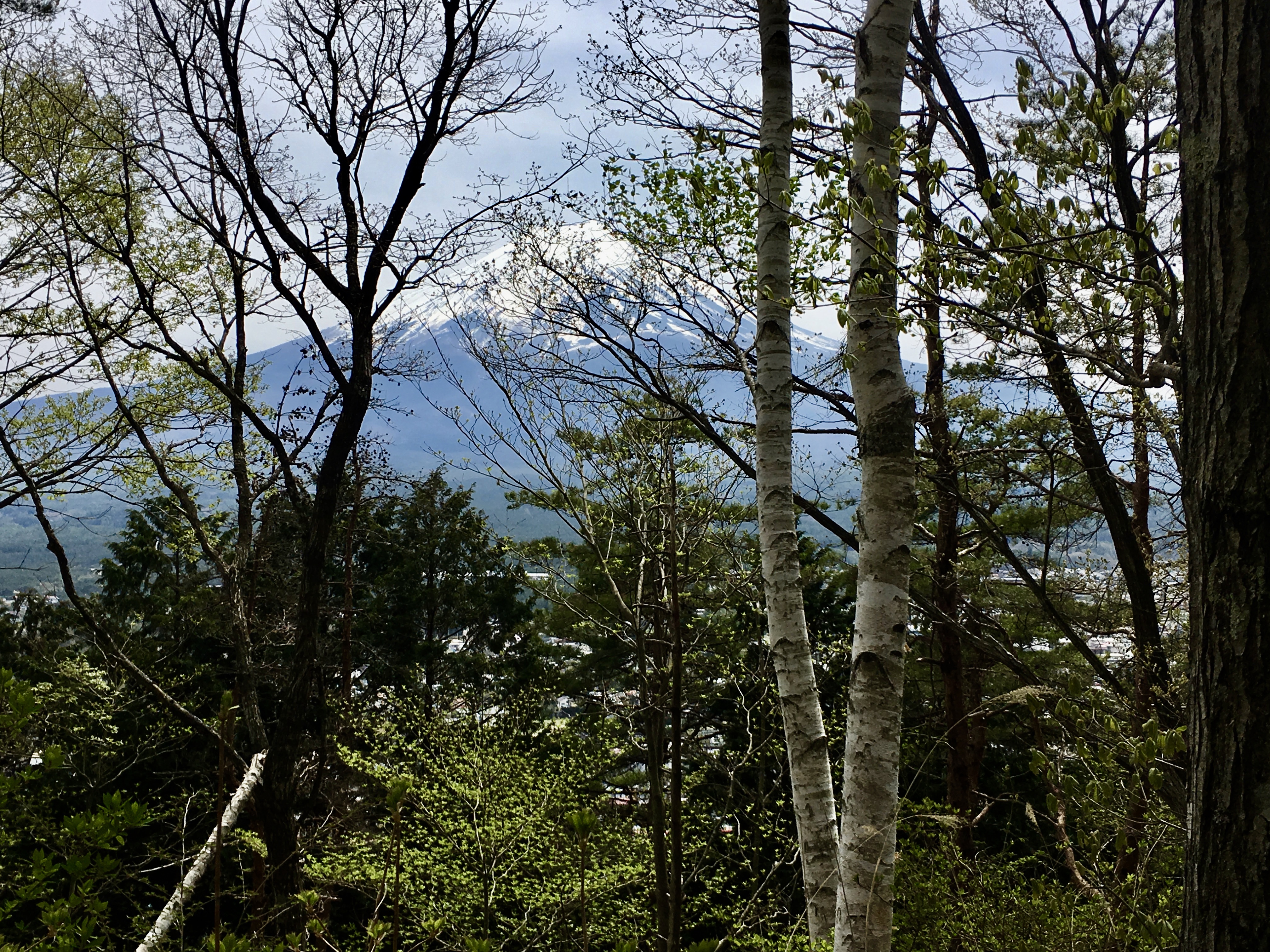 He was looking beautiful and there were hardly any people at this point which was really nice and is always a bonus in my opinion. 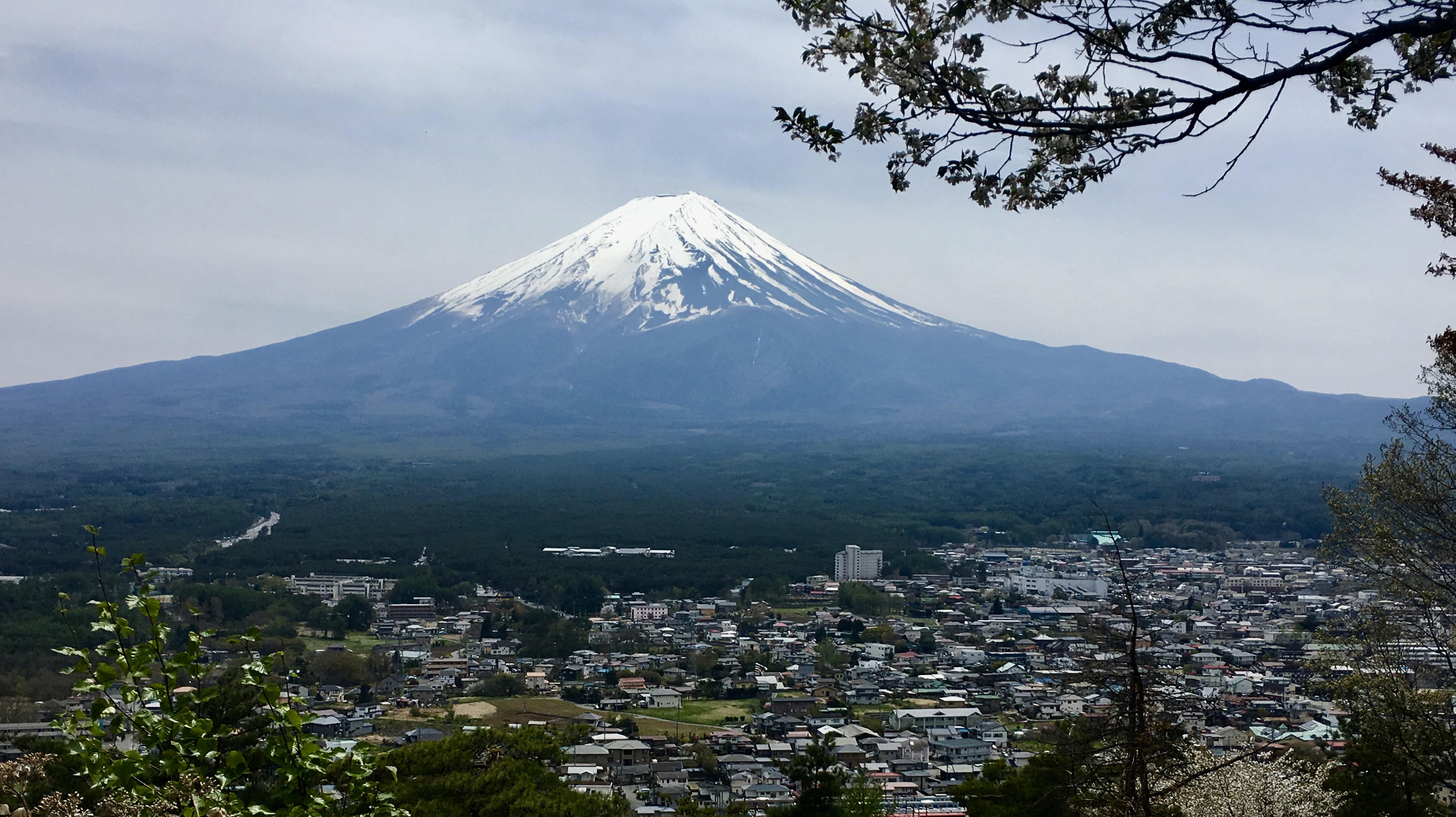 We got pressured into having crepes because the lady recommended them, we’re so weak.  I’d go to Harajuku if I were you, but they were all right.  My husband also got complimented on his Japanese. Yeah, the Japanese he’s been speaking since, erm…since he was…erm…how old was he?…erm…since he was born.  They meant well, ha ha. 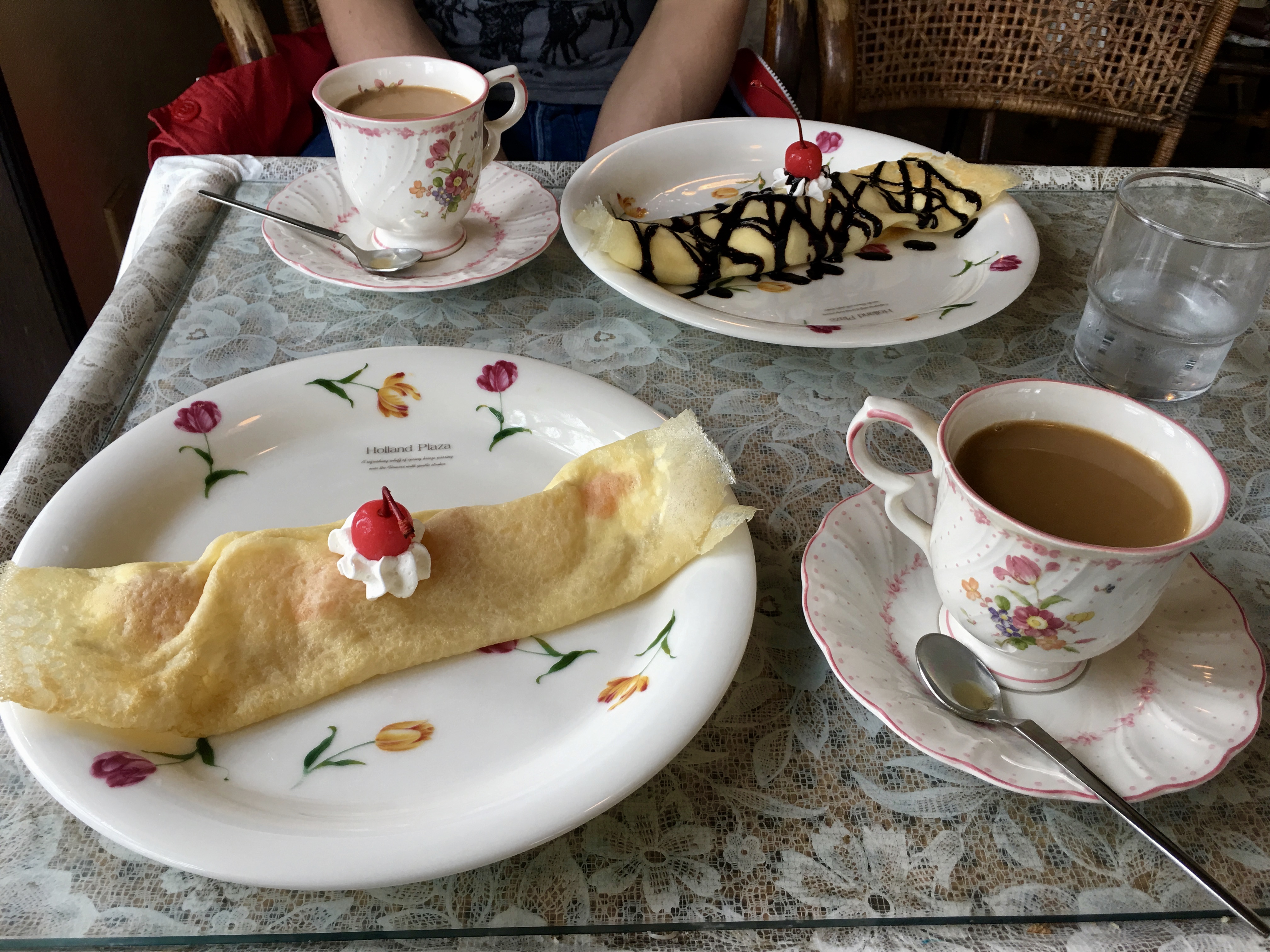 Fuji-san through the back window of the train. 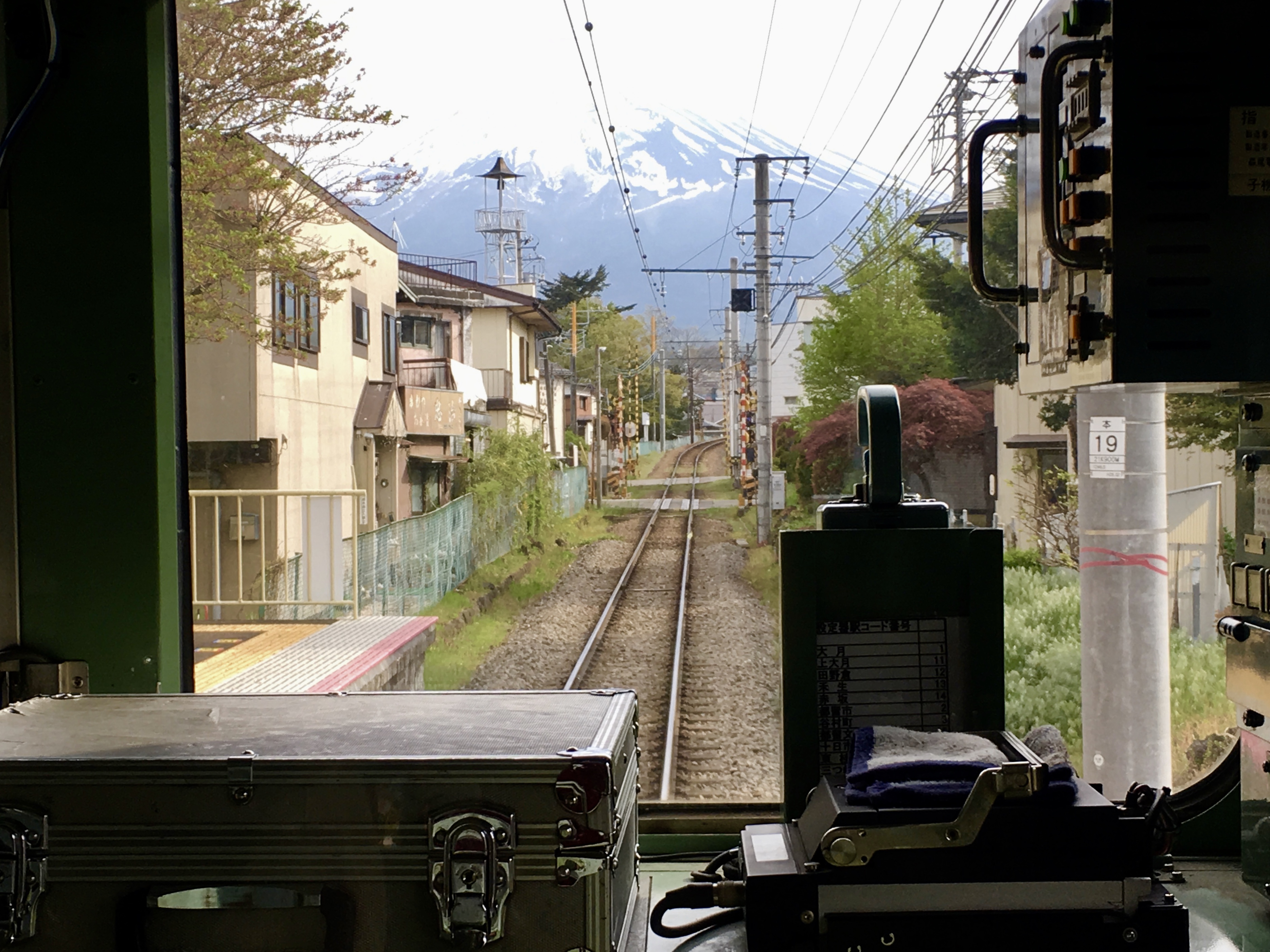 That’s your lot.  It was a really nice day and we spent around ￥9,500 on transport, so the pass had nearly made back its money for us at this point.

Find out what happened to me and my husband on day two of our trip, you don’t want to miss it.  (*SPOILER* Nothing happened, we just went somewhere else).