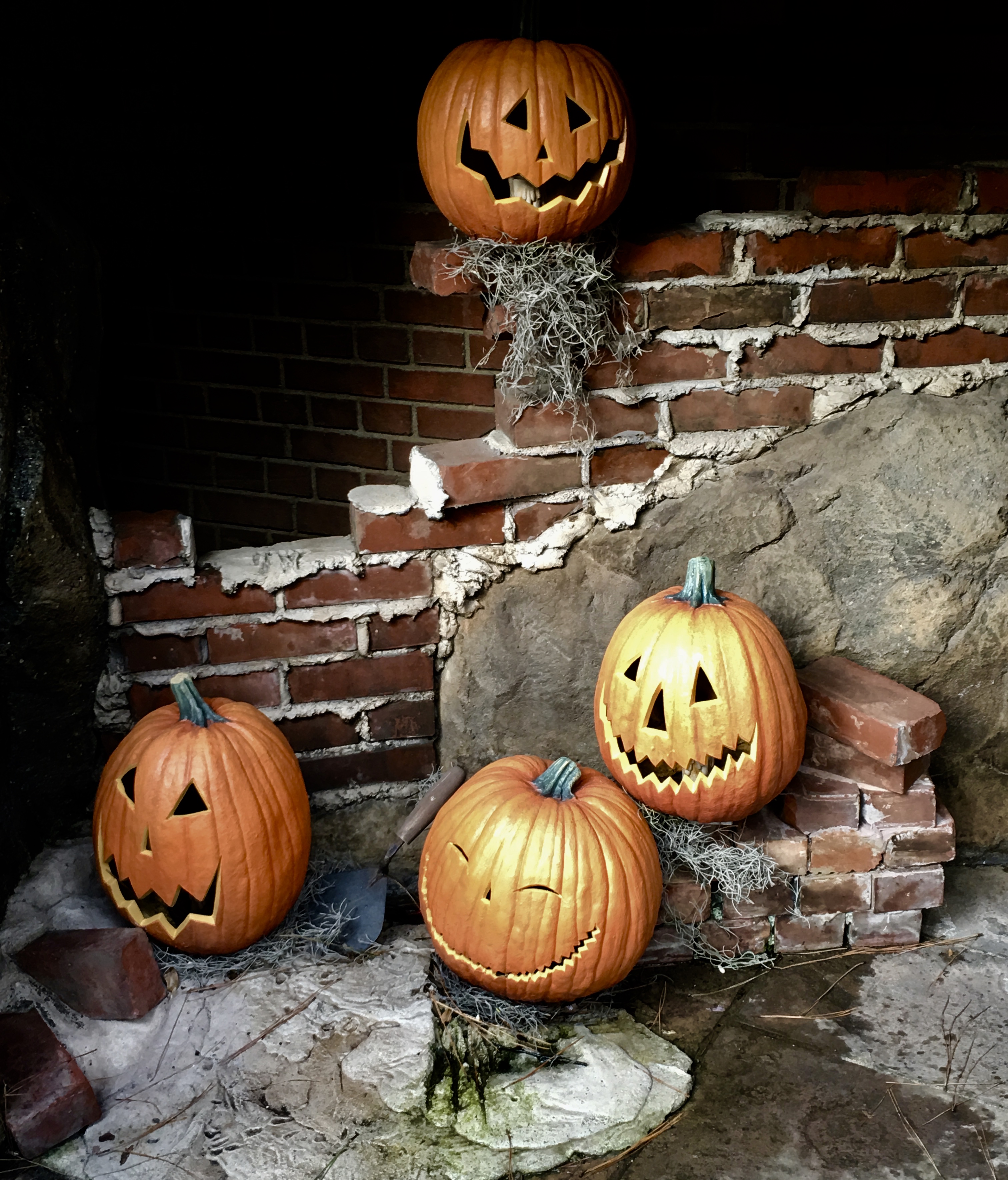 Happy Halloween!  Hope you had a spooky day!  I didn’t really do anything which is a pity because I really like Halloween.  We had scary pasta shapes which I didn’t even take a picture of and watched ‘Warm Bodies’ on Netflix which was really good.  I’d been wanting to watch it for ages and I really enjoyed it.

So, what did I get up to in October?  Well, I started my language school which, is, erm…yeah. Not sure about that yet.  I go every day in the mornings and well, it gets me out of the house for a few hours.

Disney – we used the free tickets and went and enjoyed a nice rainy day at Tokyo Disneyland. We decided on land rather than sea because we’d been to Disneysea most recently.  The Halloween decorations were really good to see and although it was rainy, we still managed to eat the things we wanted to and get on the rides we wanted to.  We used fast passes to avoid queuing for most things which was heavenly! 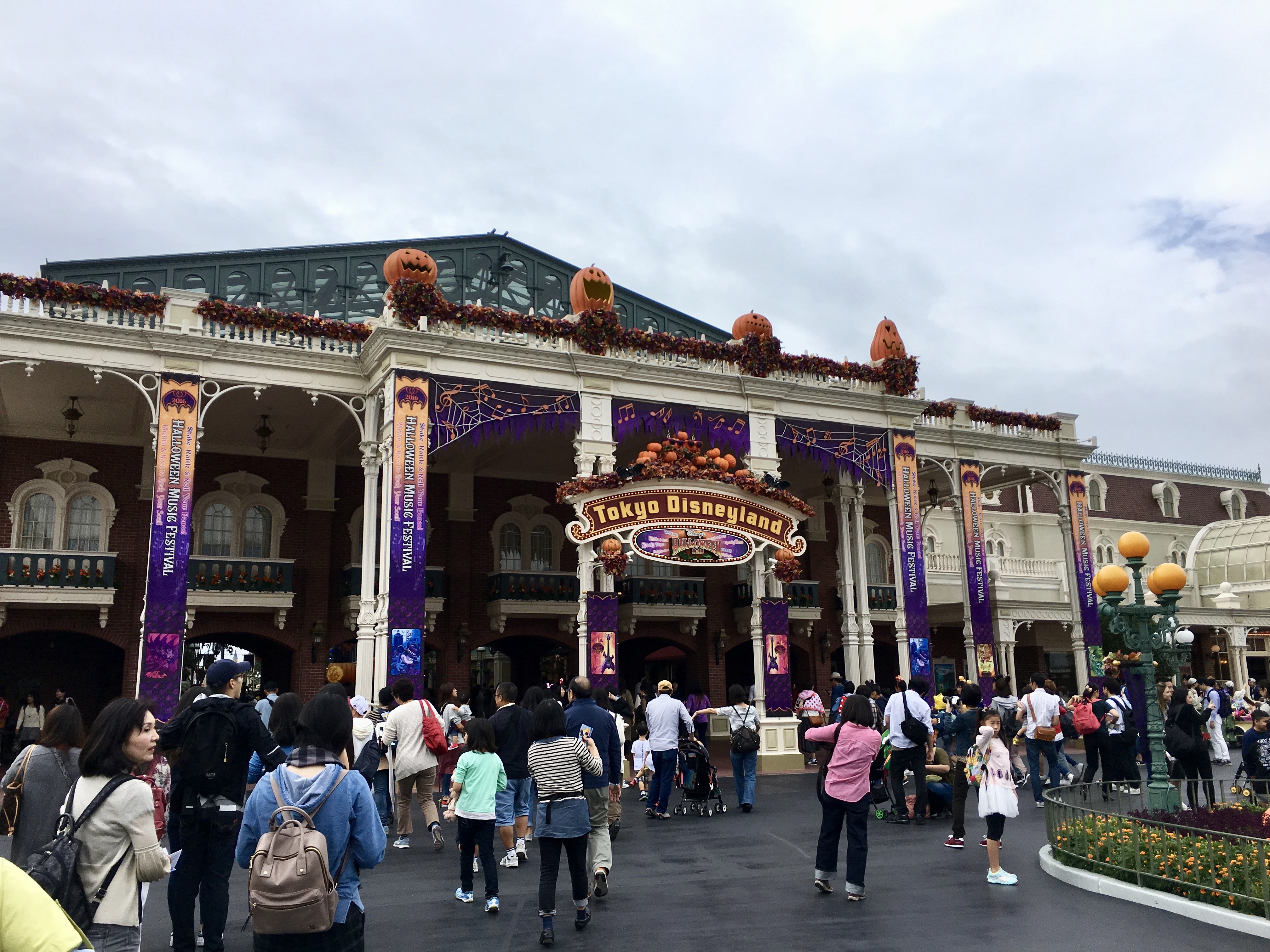 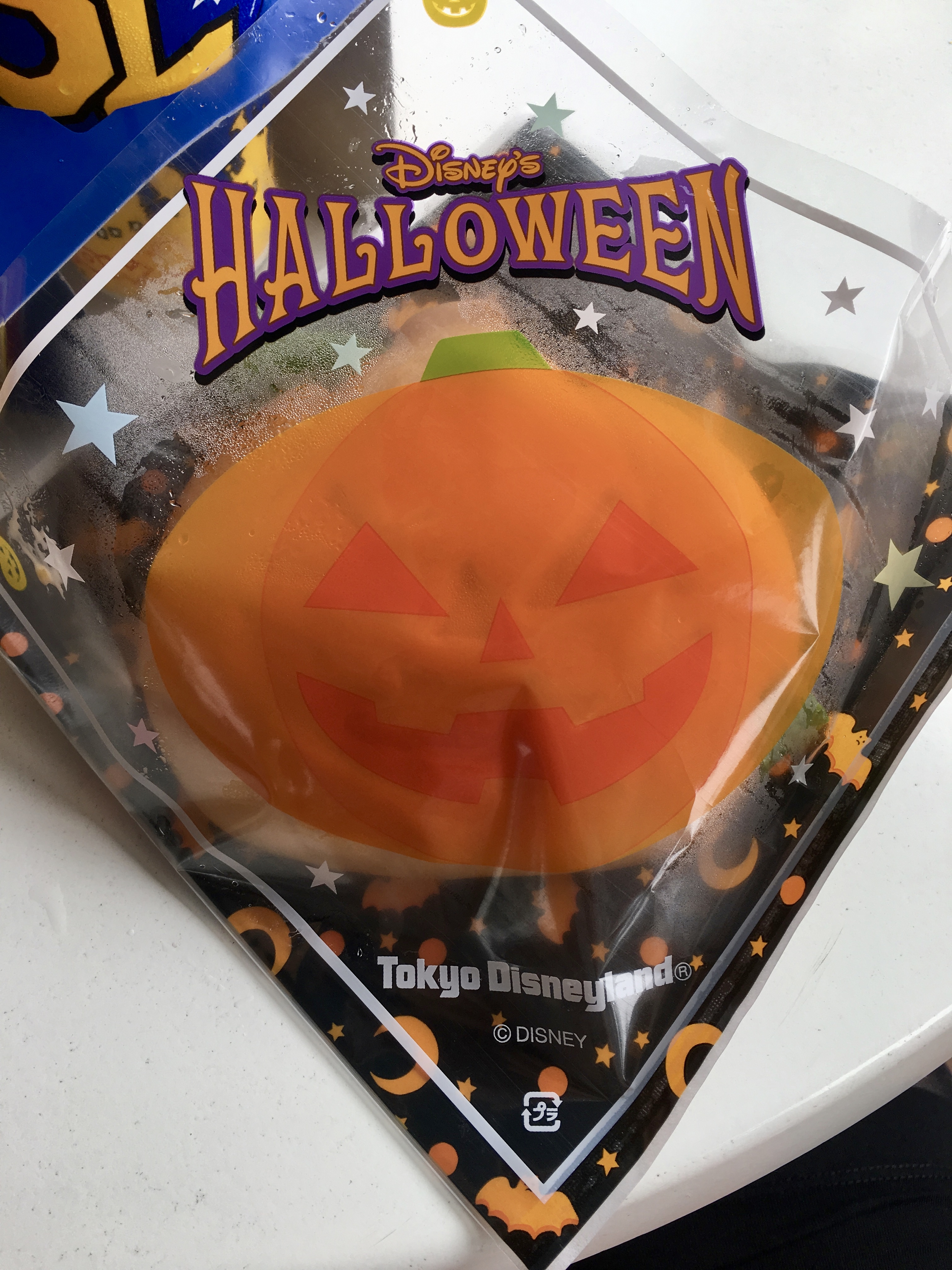 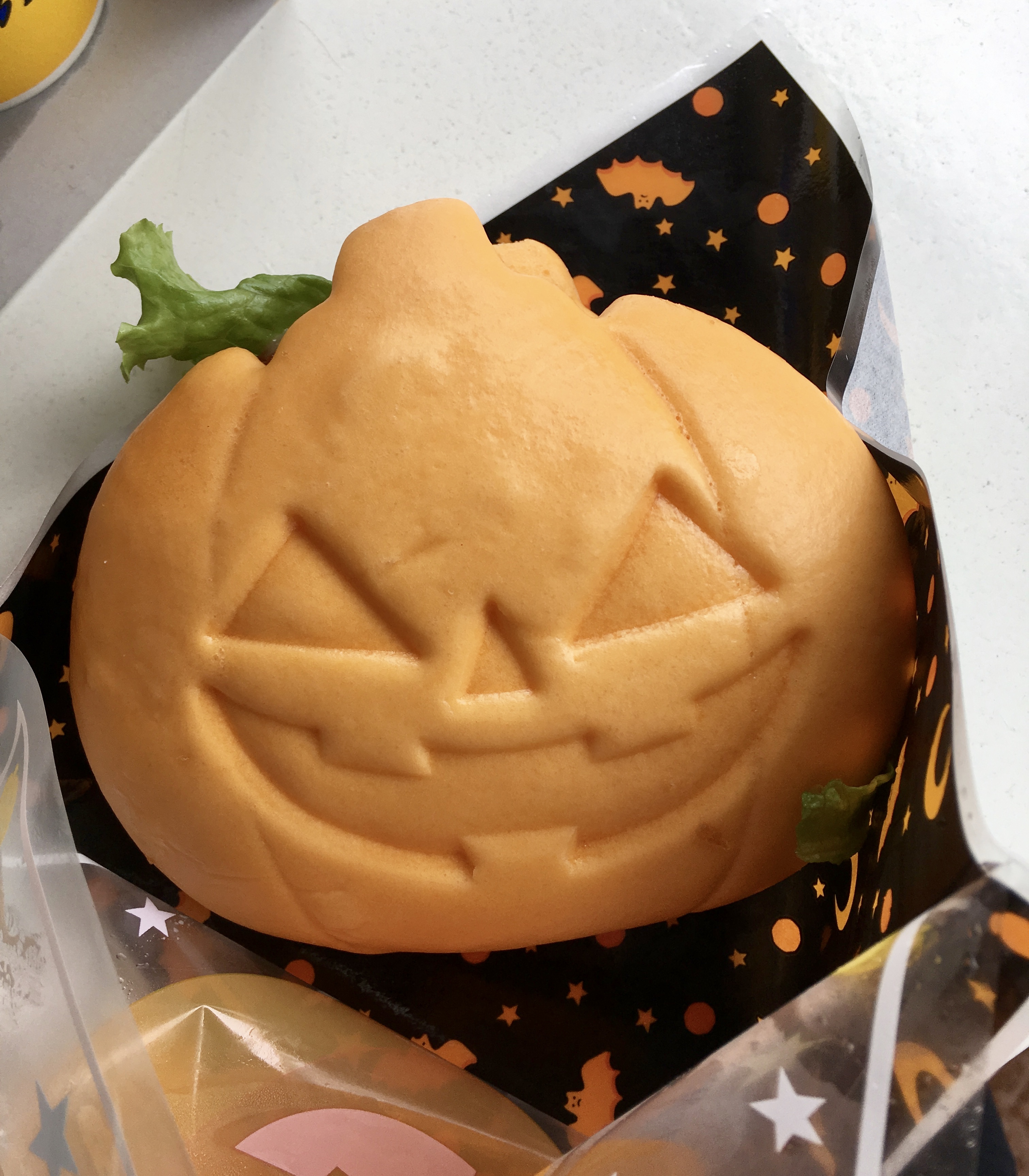 The aliens from Toy Story as mochi – called ‘Little Green Men’ in Japanese.  I felt guilty eating these so I ate the faces first. 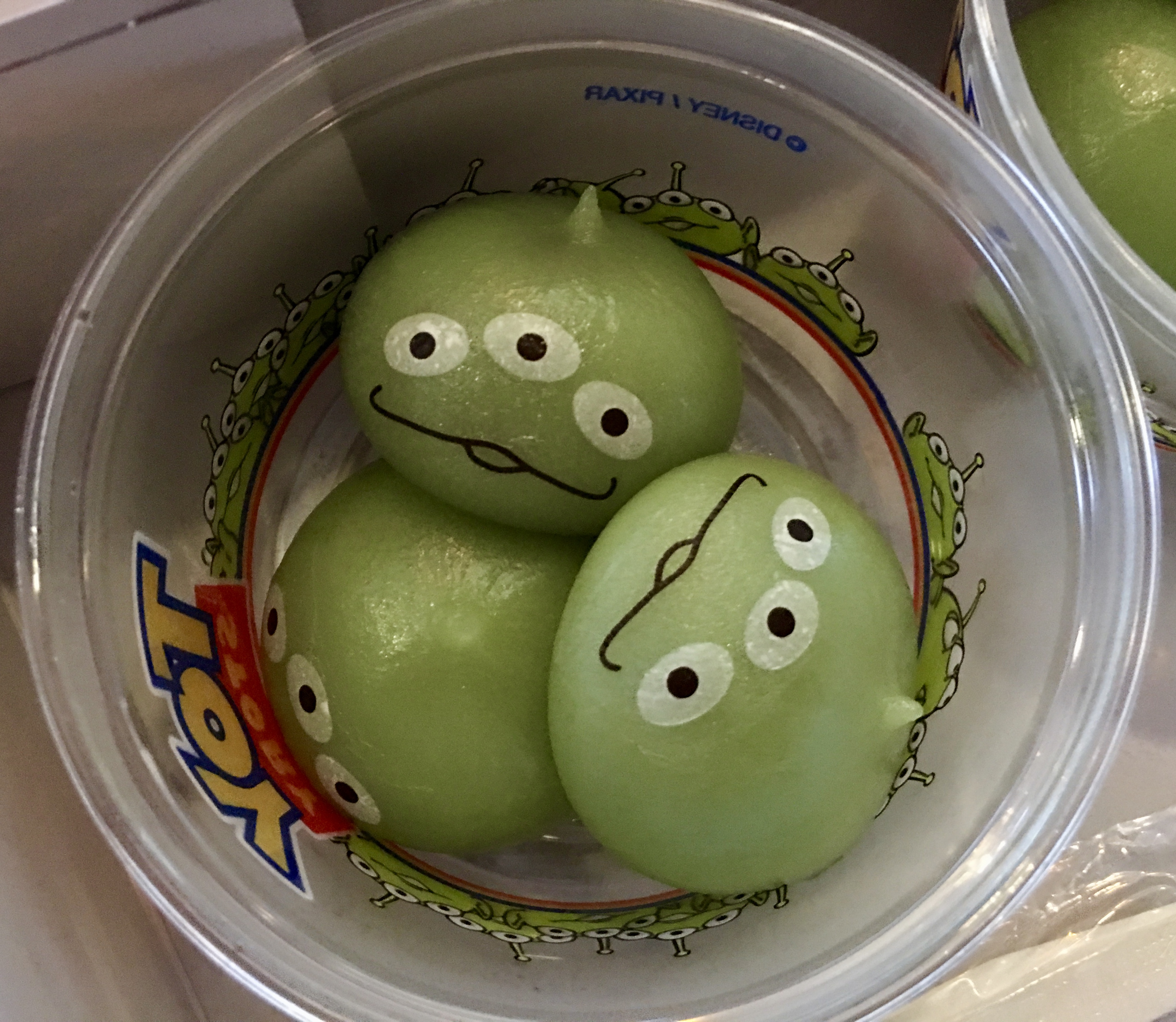 A drink – I think sparkling lemon, you could call it lemonade, and nikuman, three different flavours which we couldnt really tell apart.  It was very nice though. 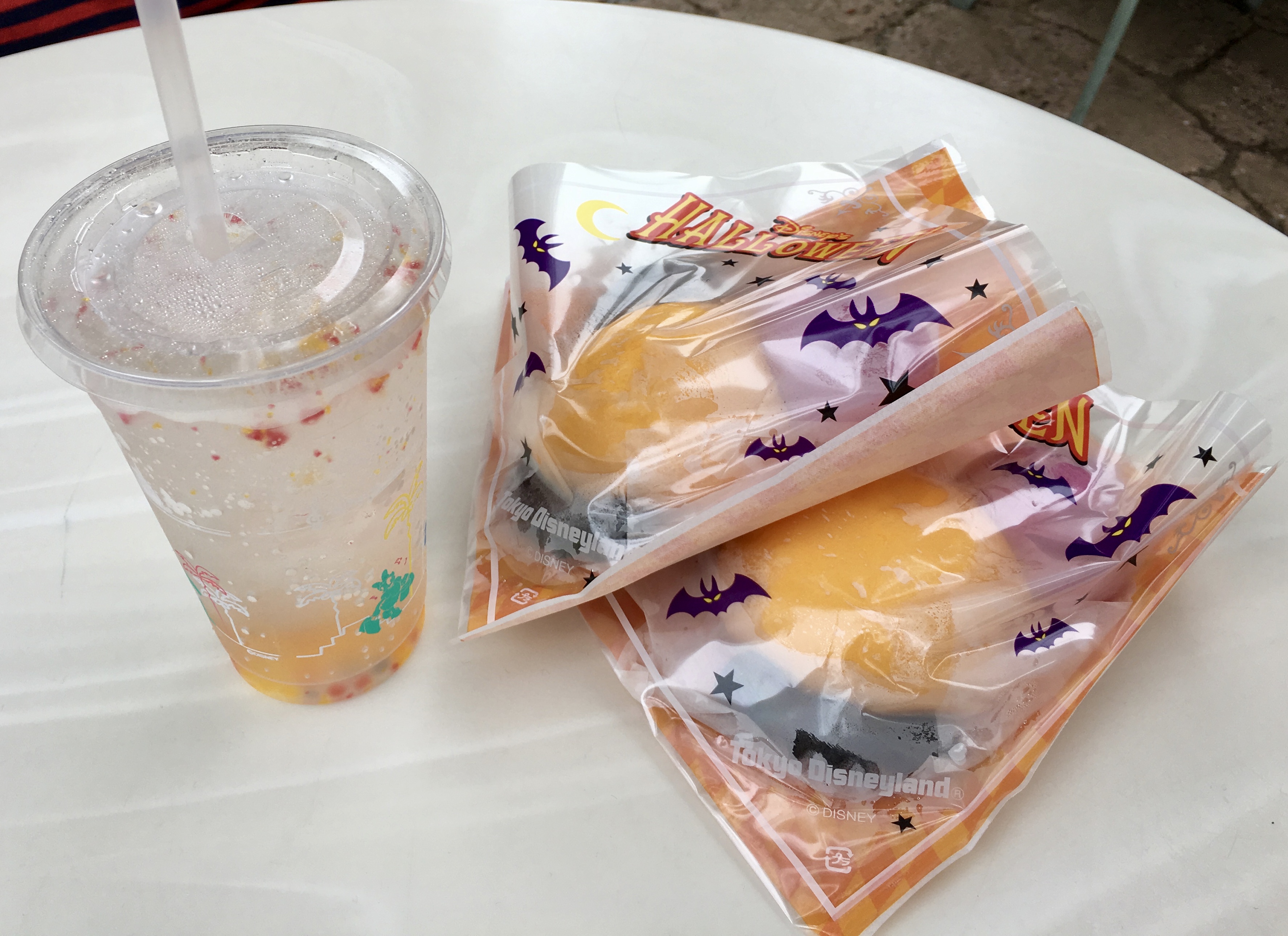 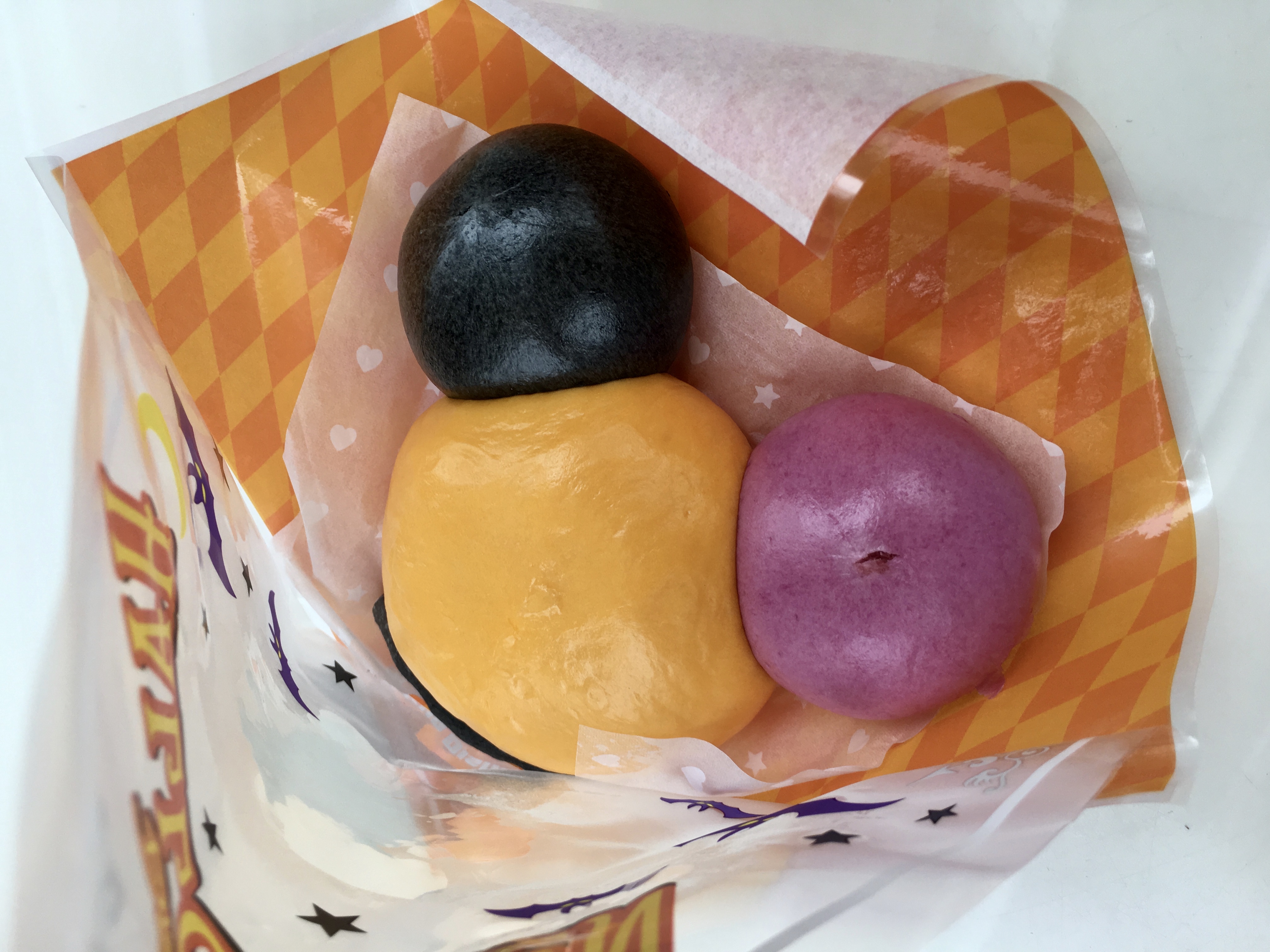 I went to visit my friend in Ehime which was so lovely.  She recently got married too, so I was able to meet her husband.  They drove me about the islands on the Shimanami-Kaido and we ended up in Onomichi where we looked at temples and shrines and had ramen.  They also brought their cat with them which was definitely interesting as he went everywhere we did apart from on the boat. 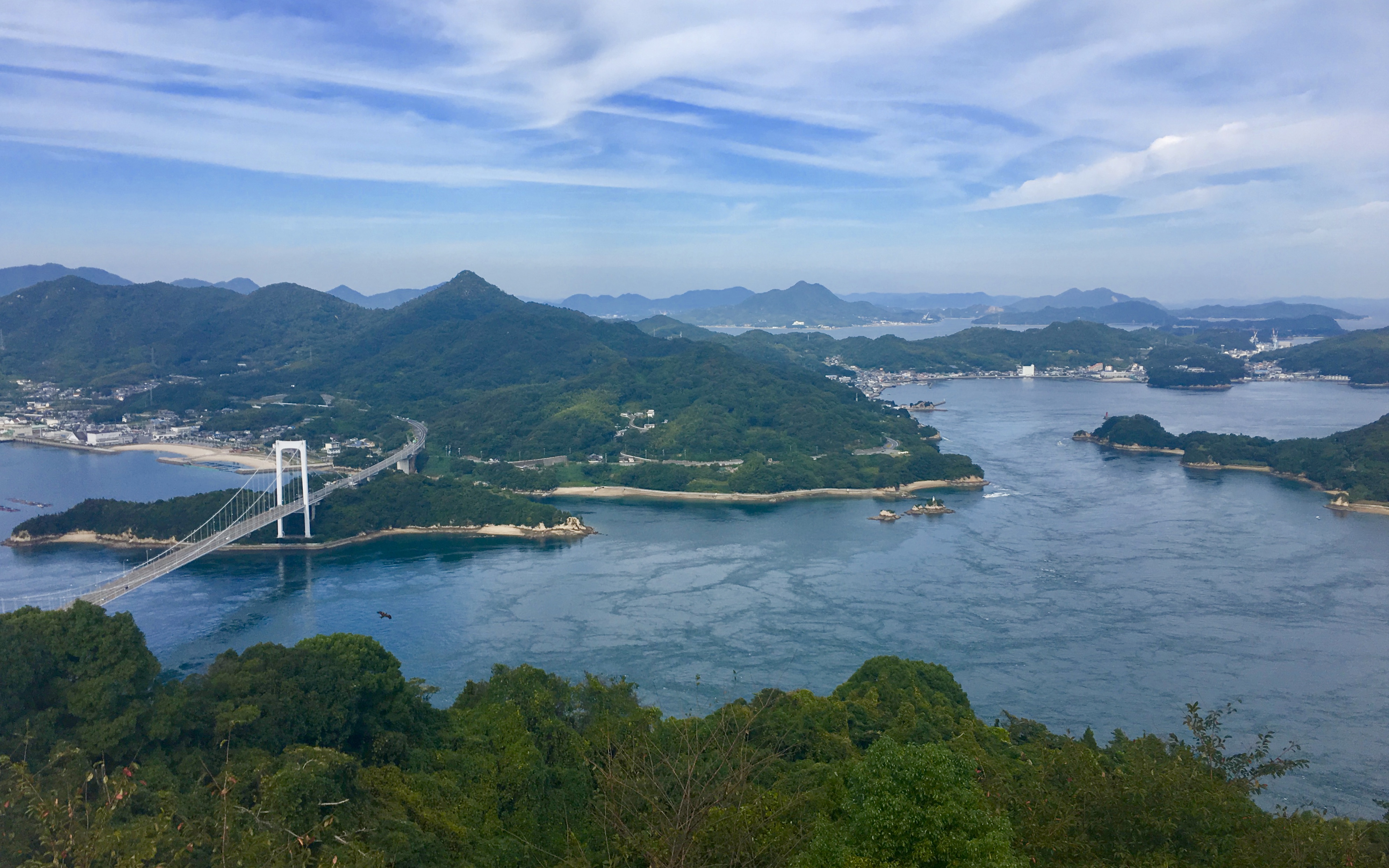 We had lunch at a cafe where we had warabi mochi for afters. 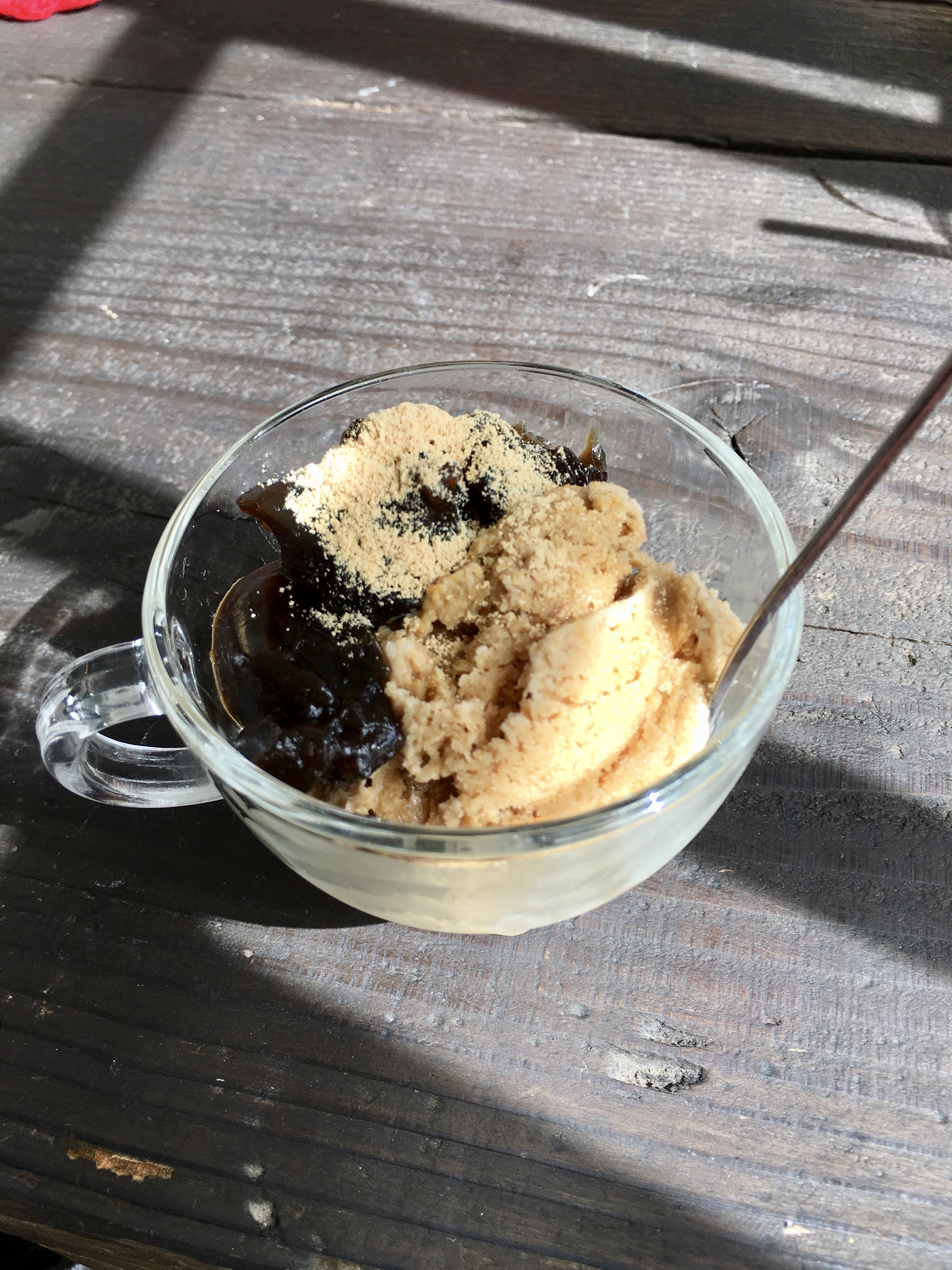 We had a little boat trip to see the whirlpools which are famous.  No, the picture doesn’t feature the famous whirlpools.  The guy in charge of the boat was driving it about really fast.  I couldn’t open my eyes or lift my head up at one point because we were going that fast.

Pancakes in a cafe sort of near where we live.  We had the lunch set that came with soup, bread, salad and a drink.  I accidentally managed to drop my roll in the soup and the soup went everywhere.  I got it all over me and the table.  The other customers all politely ignored it and the staff didn’t see, luckily.  So, I tried to mop it all up with the napkins but when the lady came to take the tray away, it was all underneath it and I had splashes of it all over my dress too.  I was really embarrassed.  The pancakes were very good. 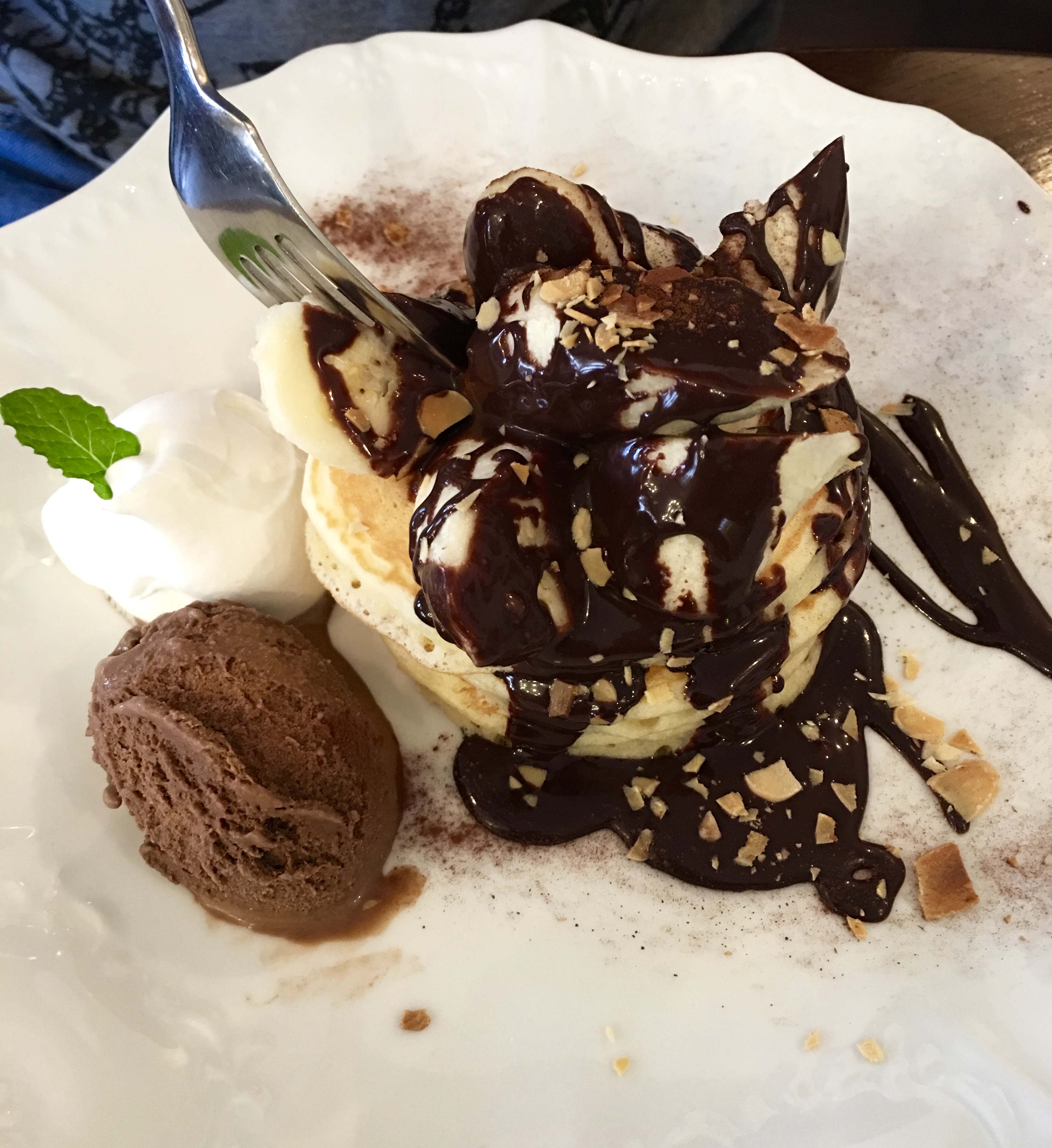 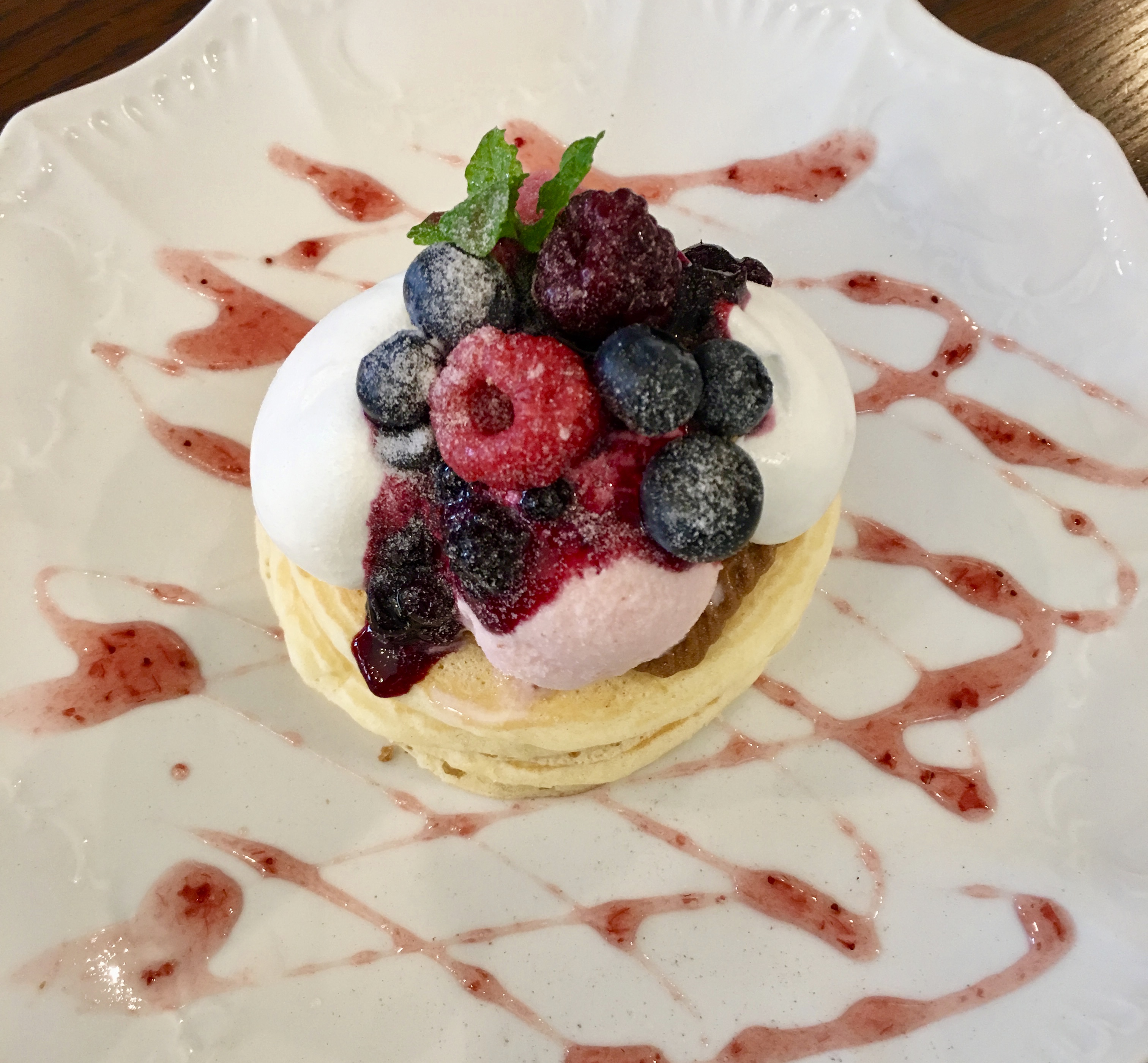 Halloween Foods – sweet potato and chocolate sauce on fries at McDonalds.  Didn’t really like them that much because I’m not a big fan of sweet potato as a sweet.  They just released one with pumpkin instead and maybe that would be better suited to my tastes?  I’m not sure, it’s not Halloween anymore though so I don’t care. 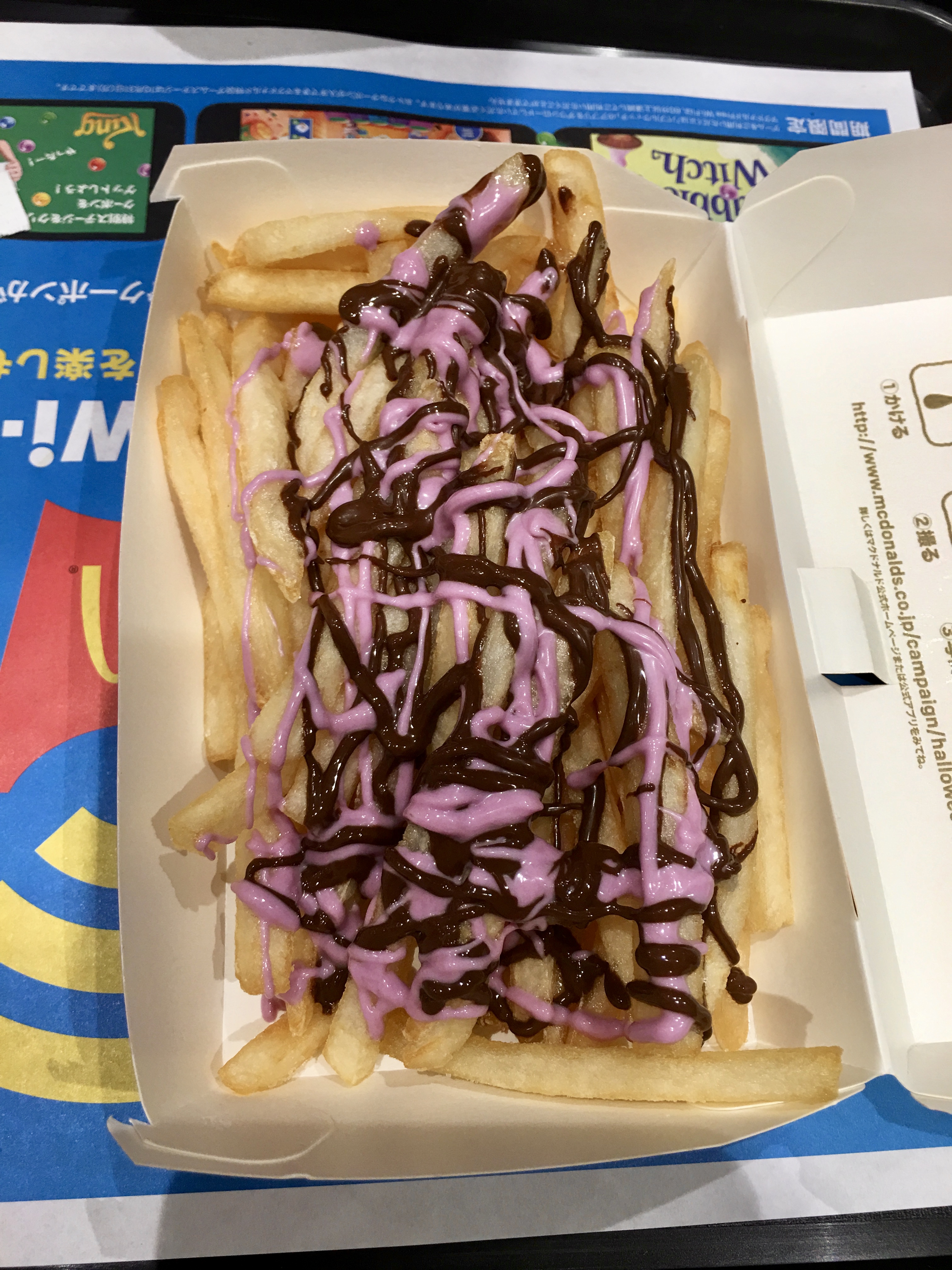 Excuse the poor photo, but my bakery had these on Halloween.  Blueberry cream inside.  the eye is wonky because I knocked it.  Poor mummy! 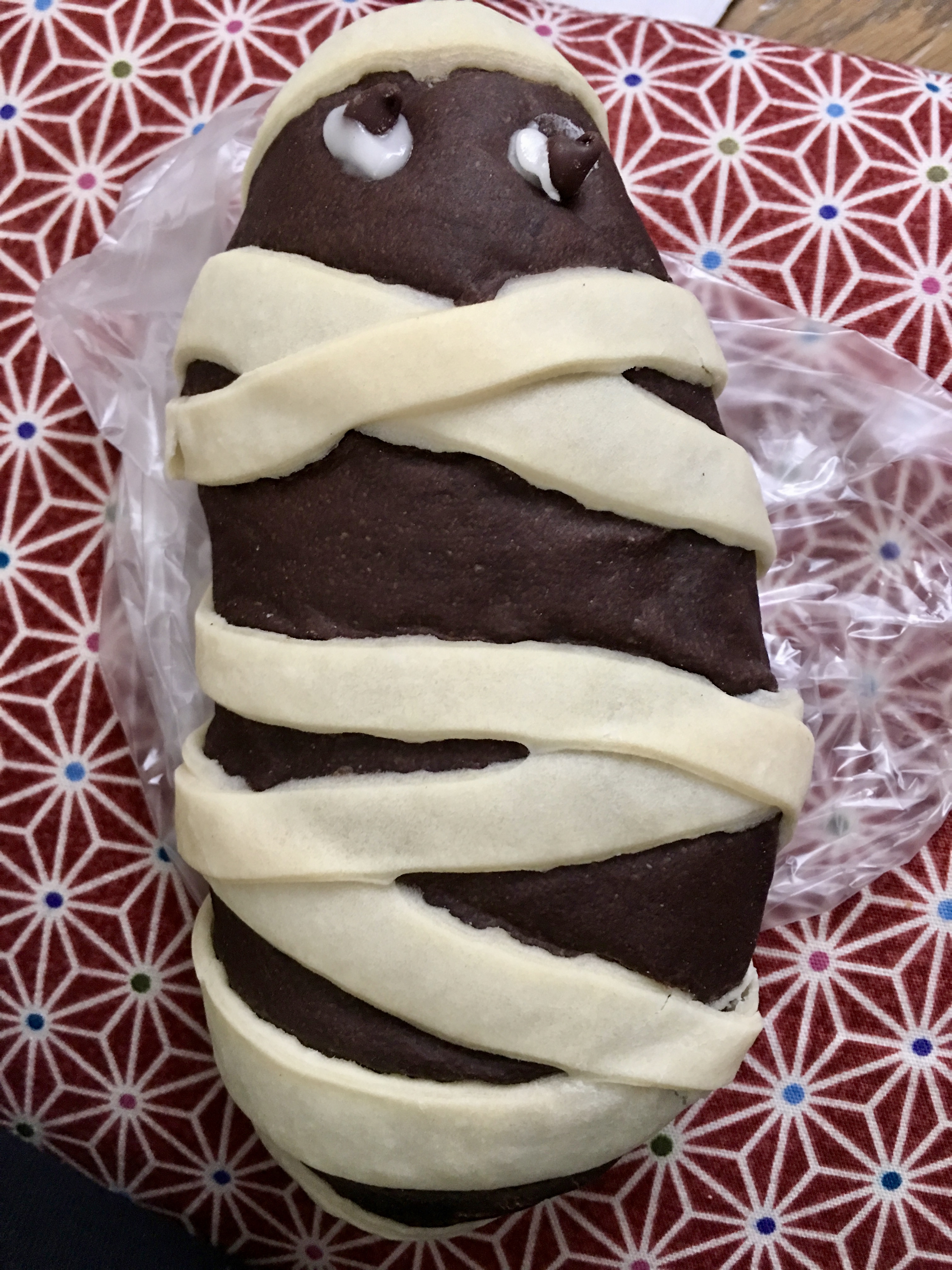