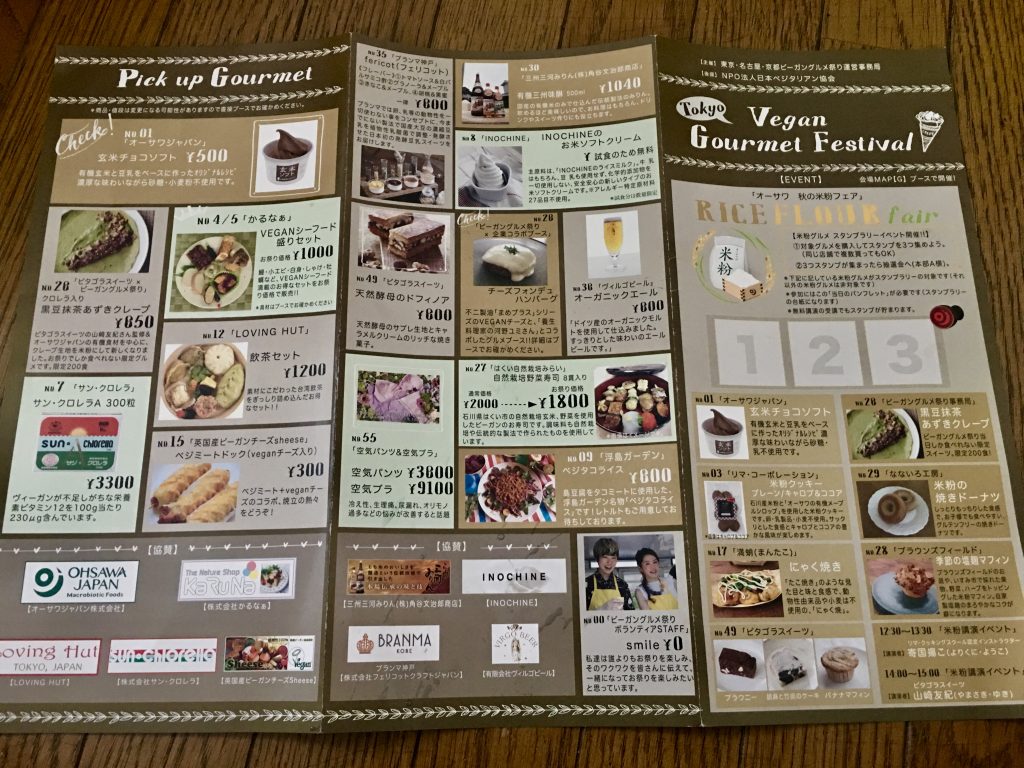 On Sunday it was the Tokyo Vegan Gourmet Festival in Kiba Park! It was lovely weather but I foolishly got burnt. I thought it was supposed to be autumn now? 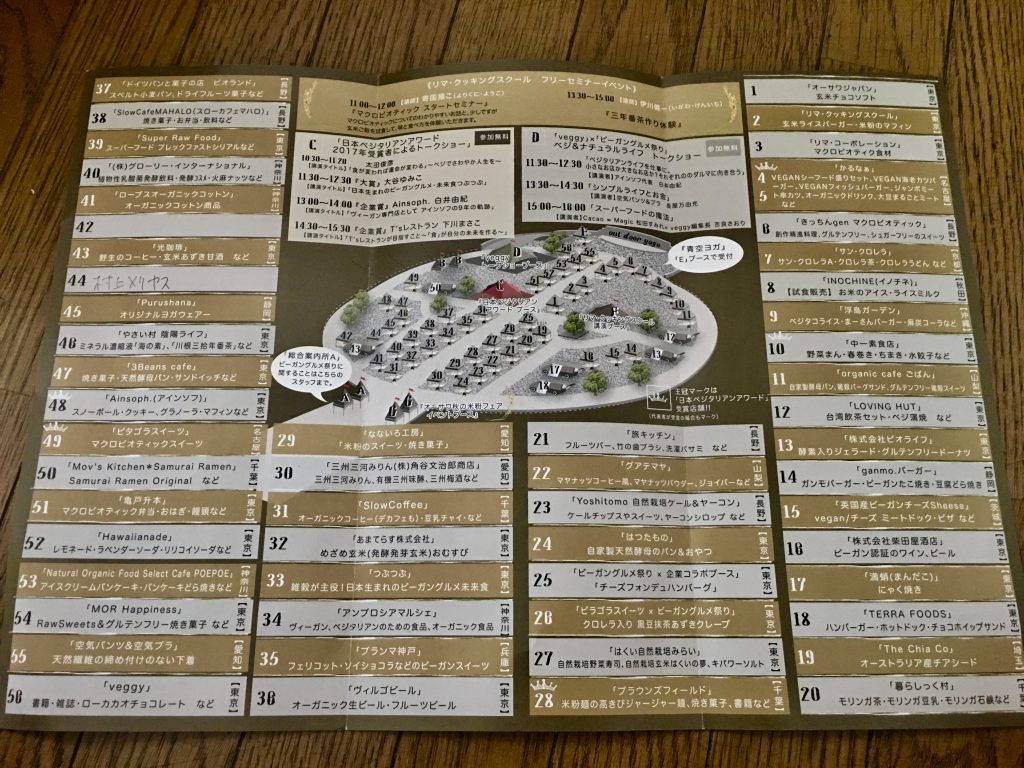 We started off with the katsu-sando (that’s sandwich) and it was very good. You couldn’t tell it wasn’t meat. It was ¥500 which I was very impressed with. 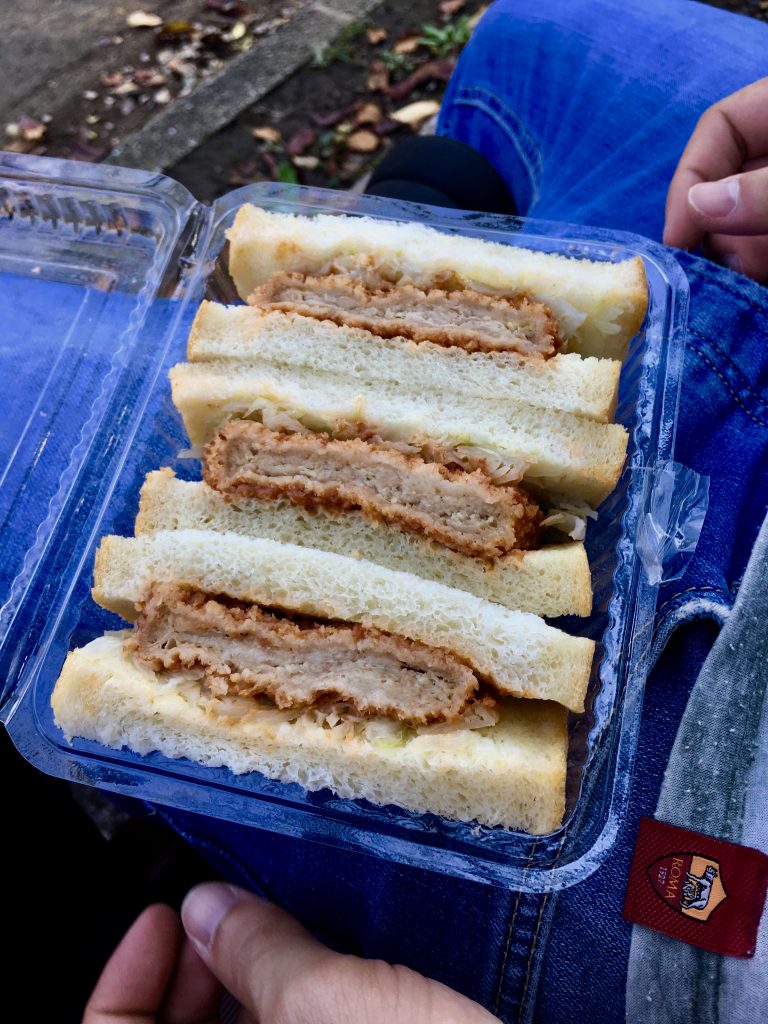 Then we moved on to the multi-coloured beers. The sampler set was ¥1000 for four and they were quite big I thought. We have yellow – organic, red – wine red (not red wine), green – lychee (no, they aren’t green) and dark brown – mocha.  I liked the green and brown the best, husband liked the yellow and red the best.  It ended up working out really well, although I wouldn’t buy any of them again. 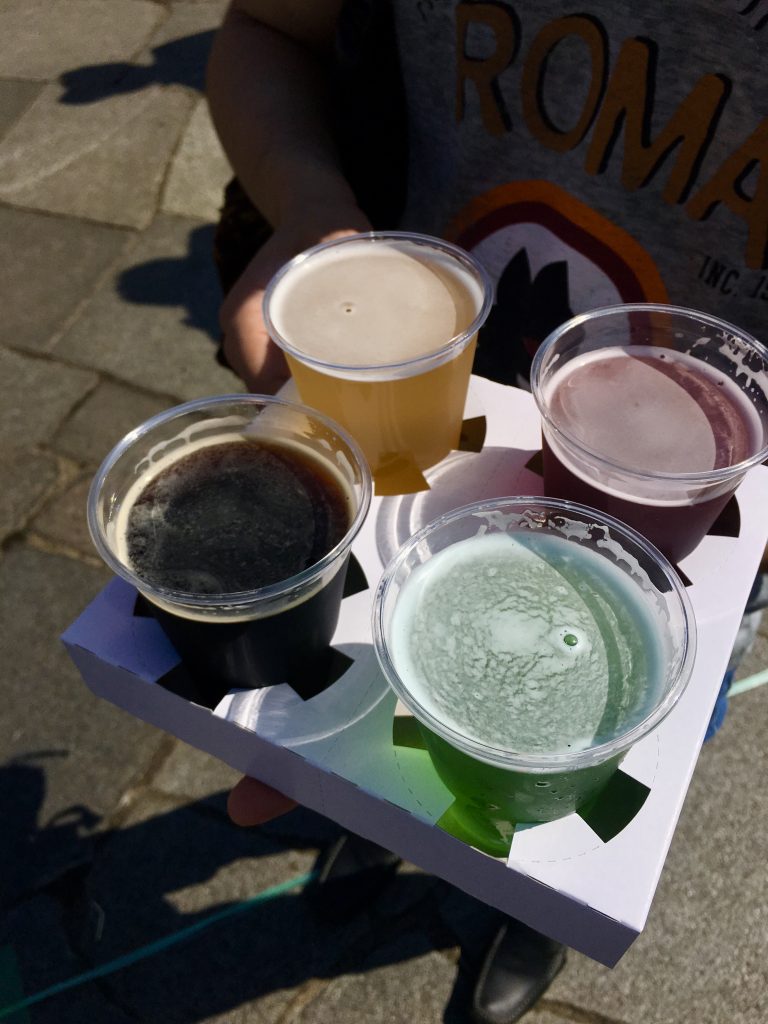 Next up, we have the burger from Terra. Would I recommend it? No. I didn’t really care for this burger. In fact, I liked everything about this burger apart from the burger itself. I loved the muffin – it was like an Lancashire oven bottom muffin, the salad was fresh but the burger…hmmmm…not for me. Cost: ¥1,000 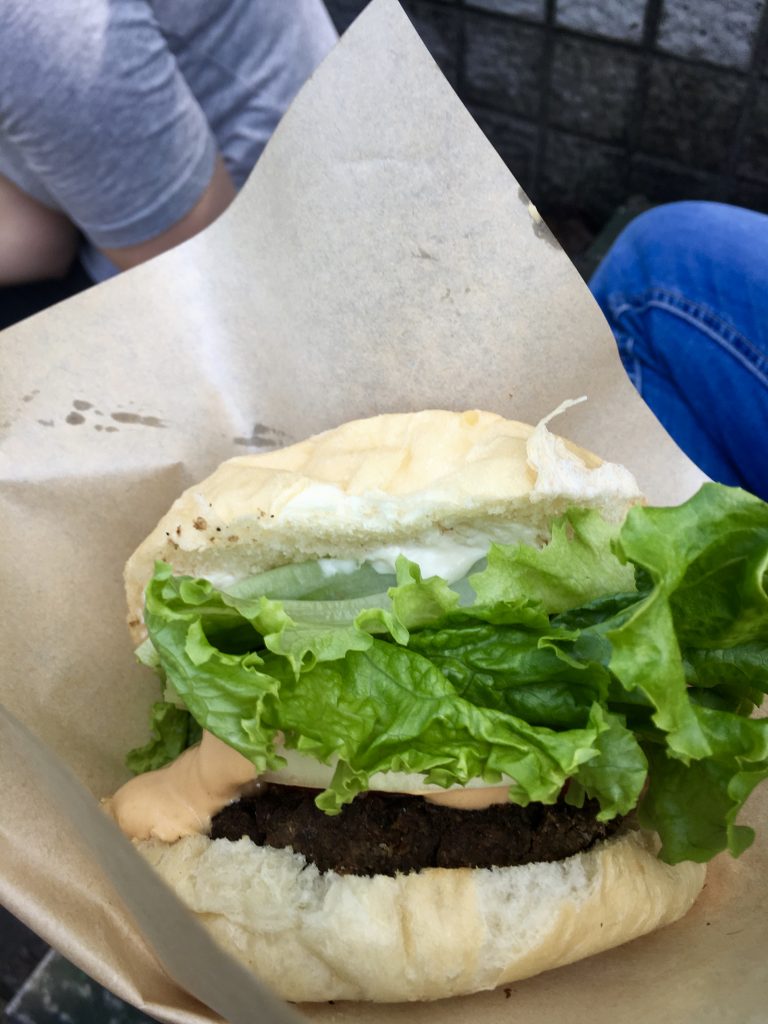 We got some sushi to bring home with us. In my excited-ness, I forgot that I don’t like seaweed (get over it, I just don’t!) or konyaku (I really can’t stand that stuff).  The sushi was ¥1,800 (should have been ¥2,000!!!!) and you could tell the ingredients were good but my only gripe with it (well, second gripe) and this applies to a majority of Japanese vegetarian and vegan food, is that it was just too similar to the real thing.  I don’t eat vegetarian food secretly wishing that it were meat.  Thus, I don’t really want my vegetarian food to mimic the meat I’ve left behind.  Some people do and I understand that but I don’t. 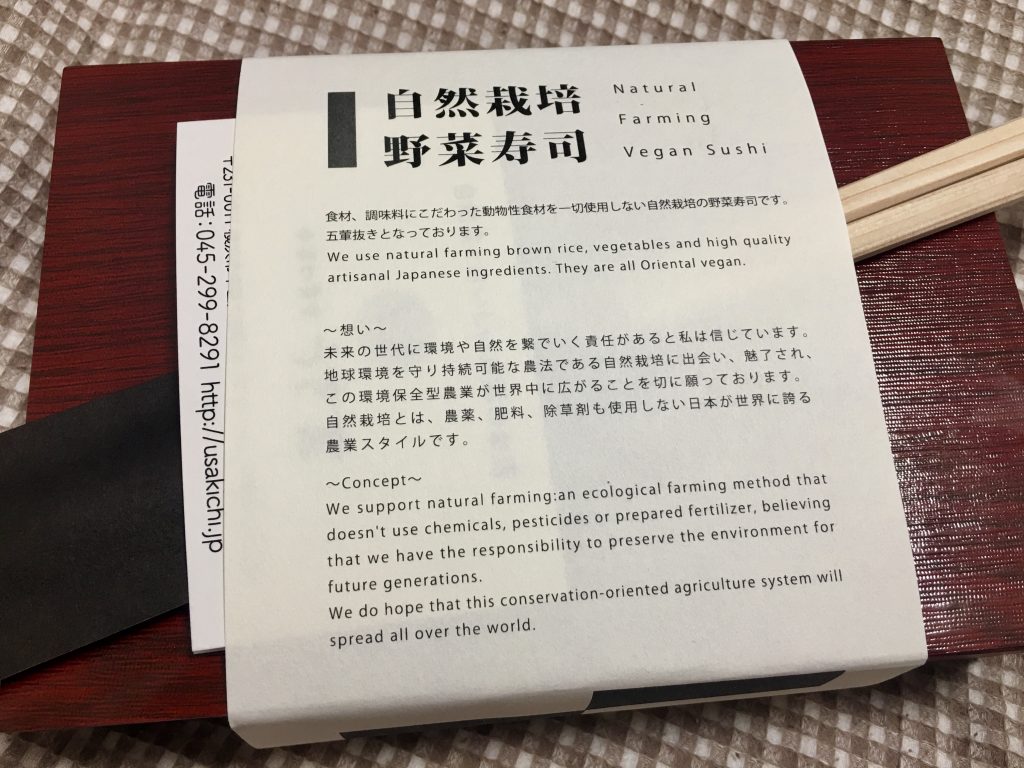 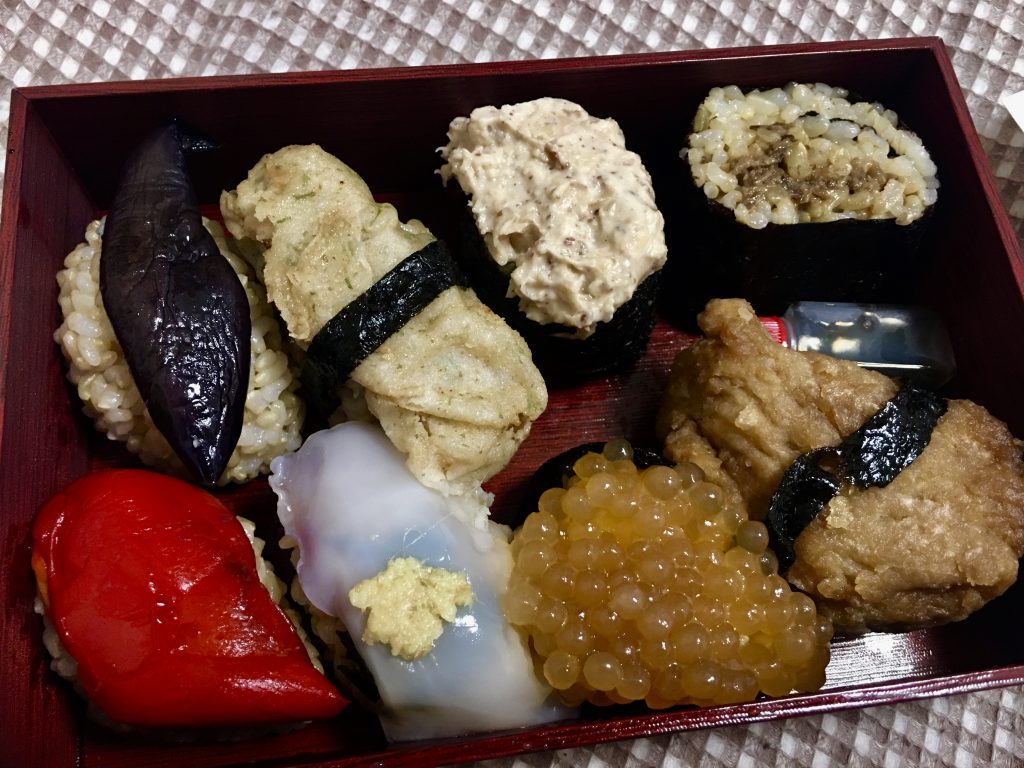 Topped the day off at Jonathan’s for the grape parfait (not vegan, probably not vegetarian knowing Japan) and it was beautiful (apart from the bottom bit) 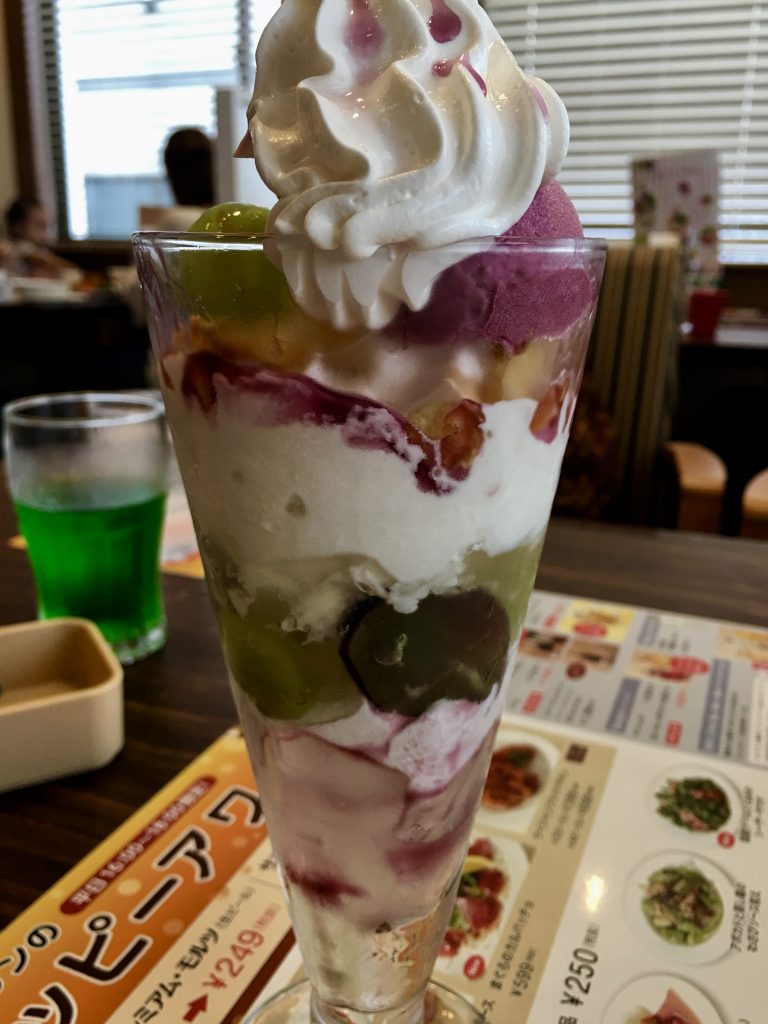 I enjoyed the festival. The thing is, veganism in Japan is more for the health benefits I think rather than the obvious animal cruelty or impact on the environment. Plastic was everywhere at this place, it was a nightmare. Please Japan! Stop packaging everything and spare a thought for the planet.

Anyone else go? Thoughts? Feelings? Impressions?