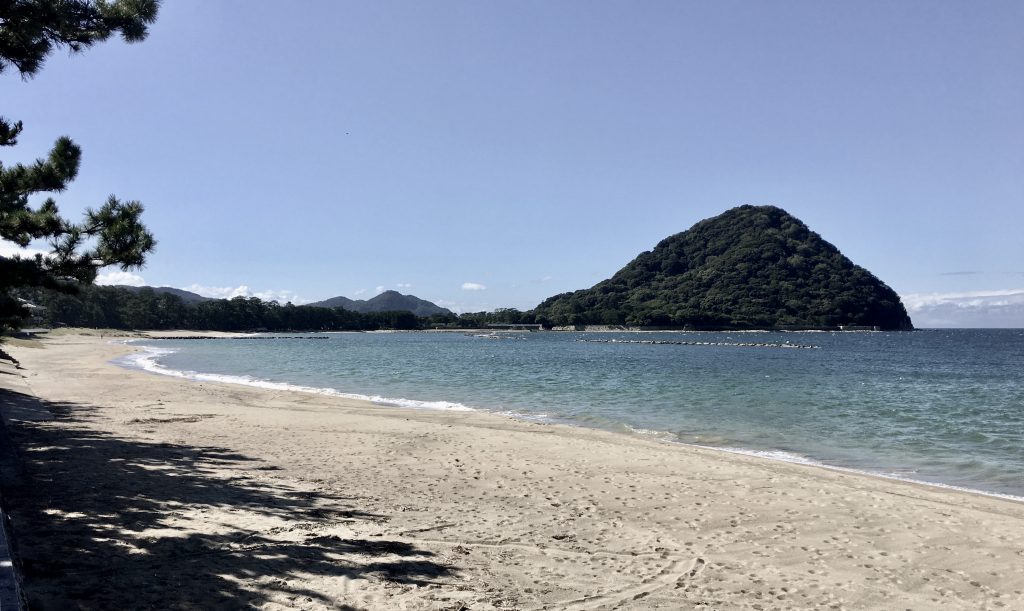 We went to Hagi back in October for a Buddhist ceremony for my husband’s grandma. We were there for three days and unfortunately we got hit by a typhoon. Here are some photos from before said typhoon got us. We went to the beach and it was still really warm so we had kakigori. The green was melon and the white-orange was natsumikan which Hagi is famous for – it’s everywhere. 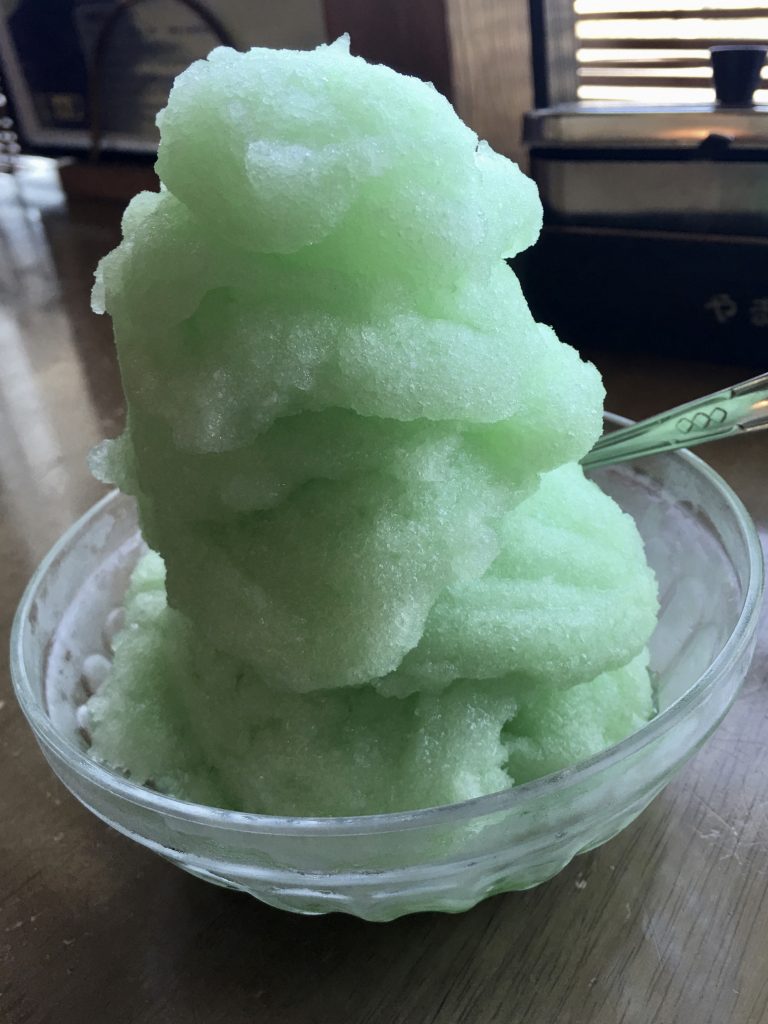 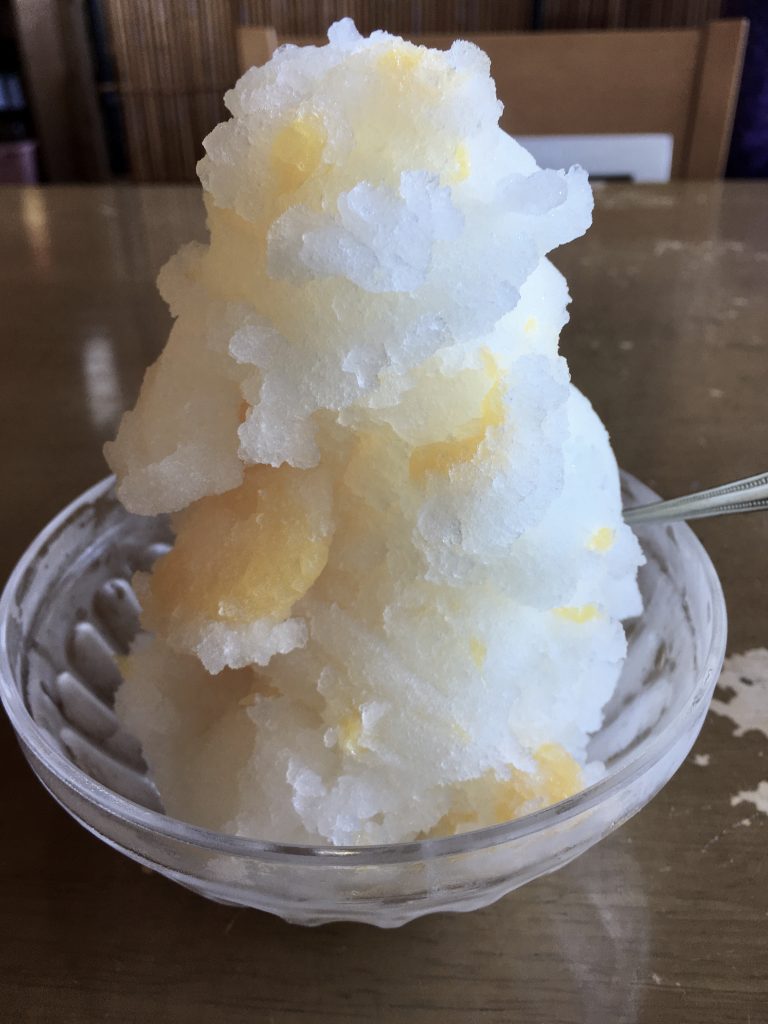 We then went to La Ceiba for dinner which I throughly recommend. It’s the second time I’ve been. The first time I was eating meat but this time I wasn’t and the chef was very accommodating and made me a dish with no meat (and clarified with me that I could eat eggs and cheese, etc. so he gets vegetarianism/veganism). I’ve just been reading on Tripadvisor that he speaks English too, so no worries!

We had the set menu and all had the same selection of starters. 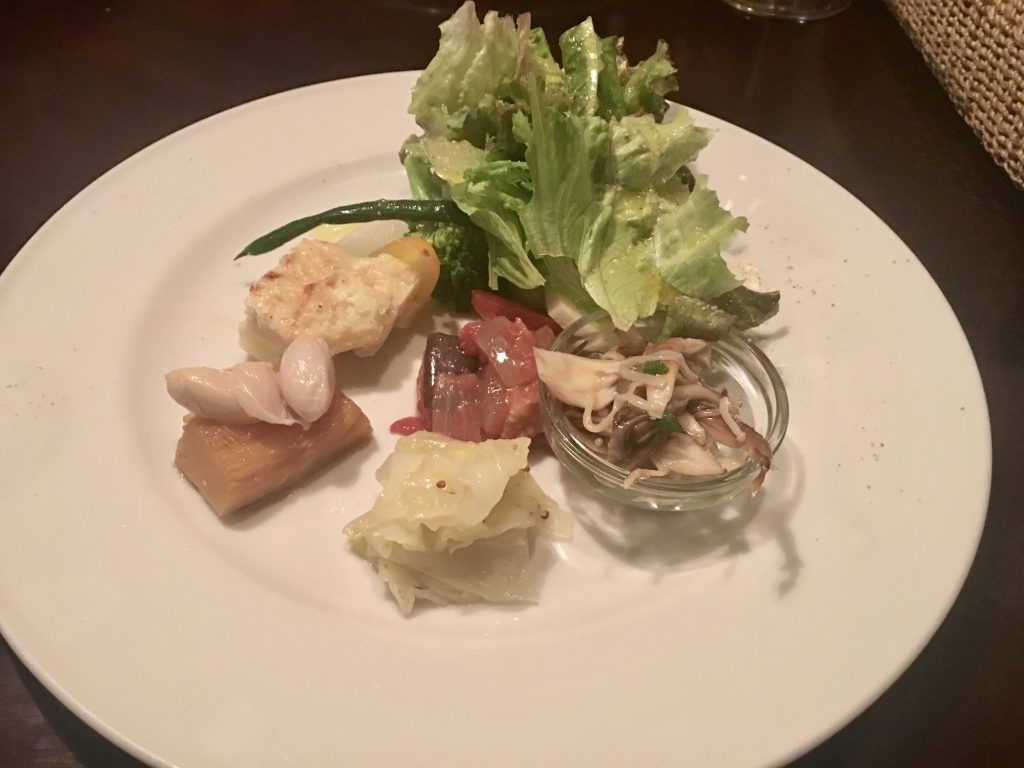 Then pasta, which was cheesy. I can’t remember if there was a fish/meat version, I feel like there was. 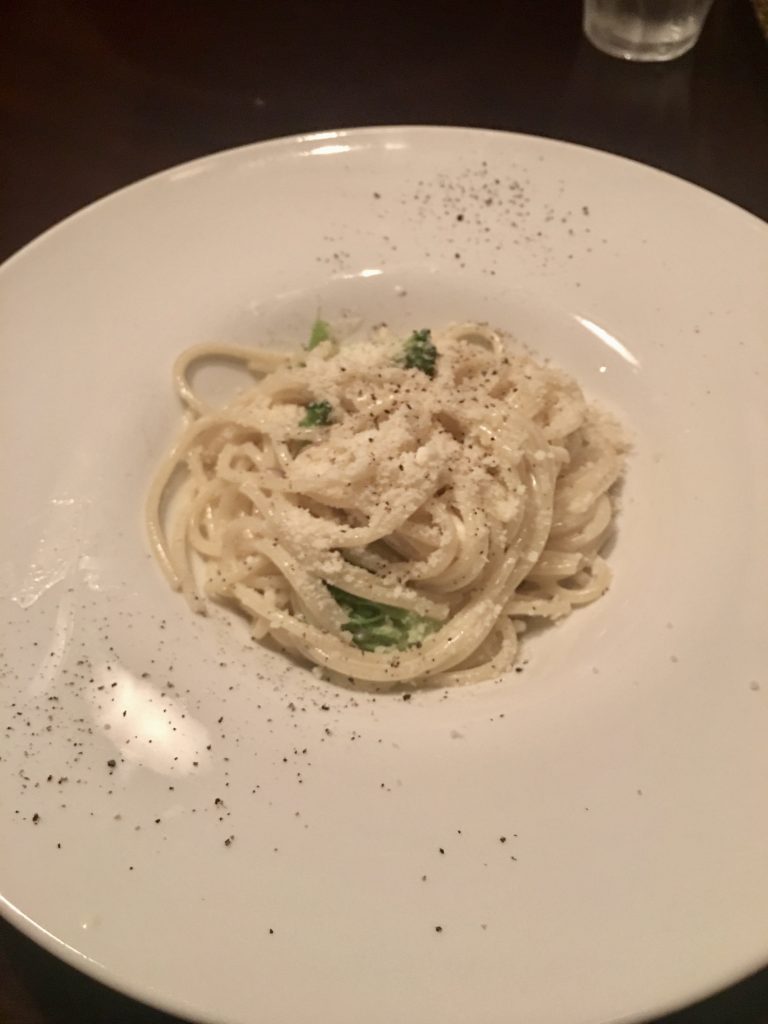 Then the main which came with chicken I think(?) but I had extra vegetables. The vegetables are so fresh and taste really good. 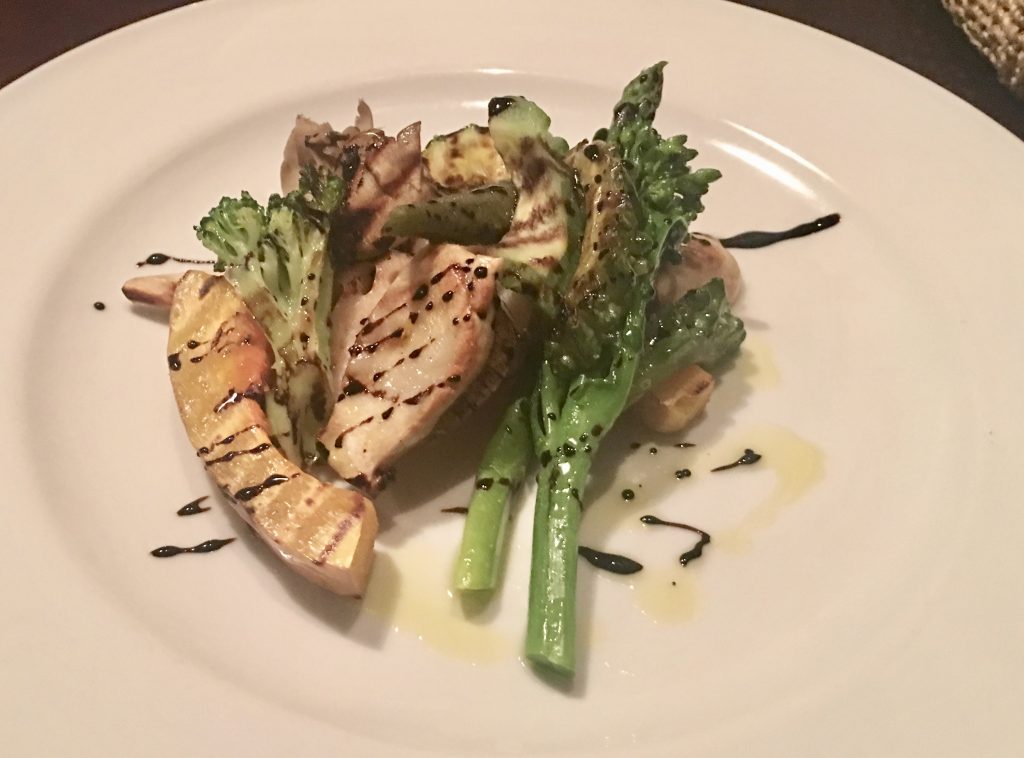 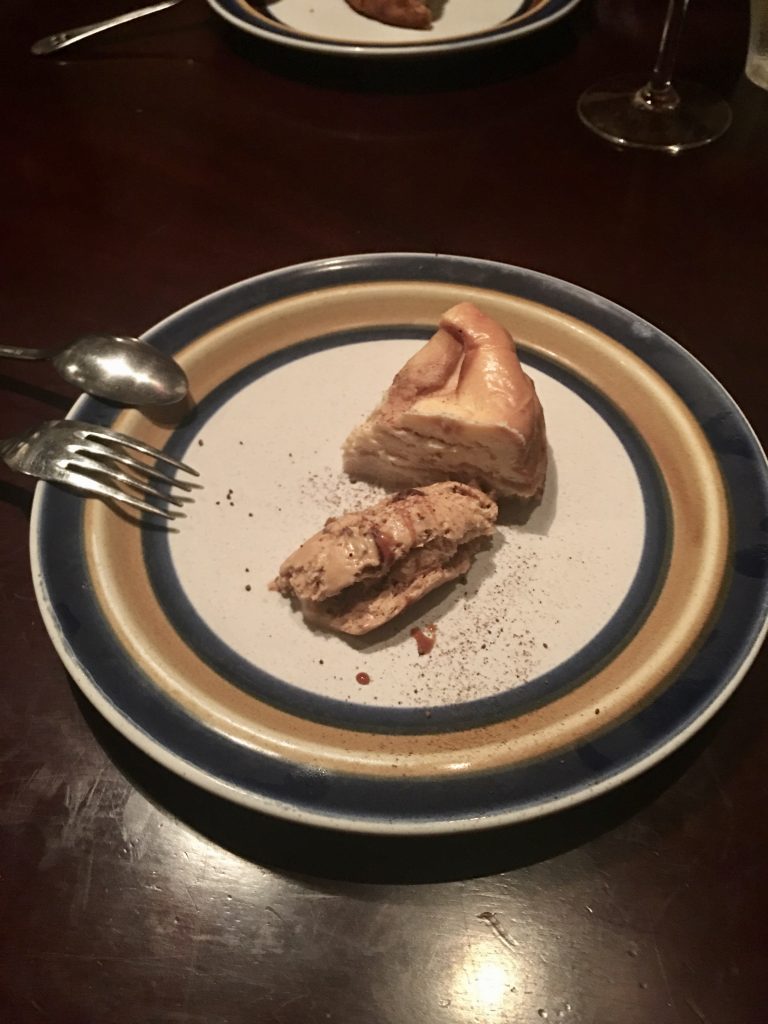 On the Saturday, we went to Nagato to Motonosumi-inari Shrine. We had to get two trains and then a taxi from the station to the actual place. It is a beautiful place and I would recommend if you’re in the area. 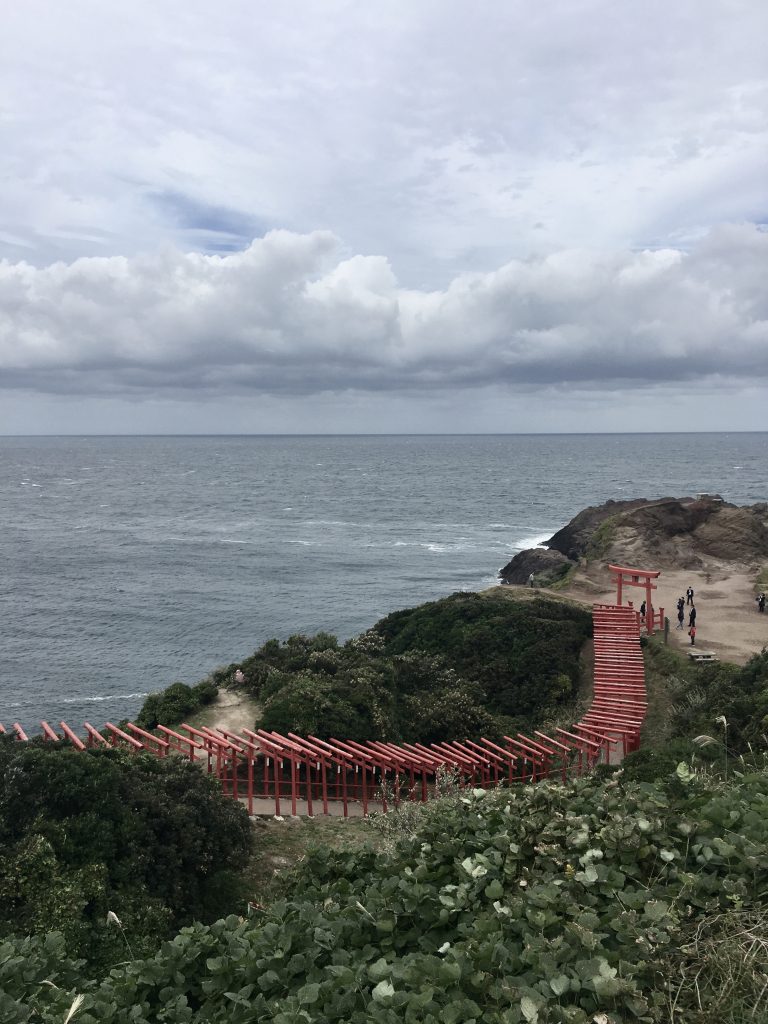 Can you guess what it’s famous for? 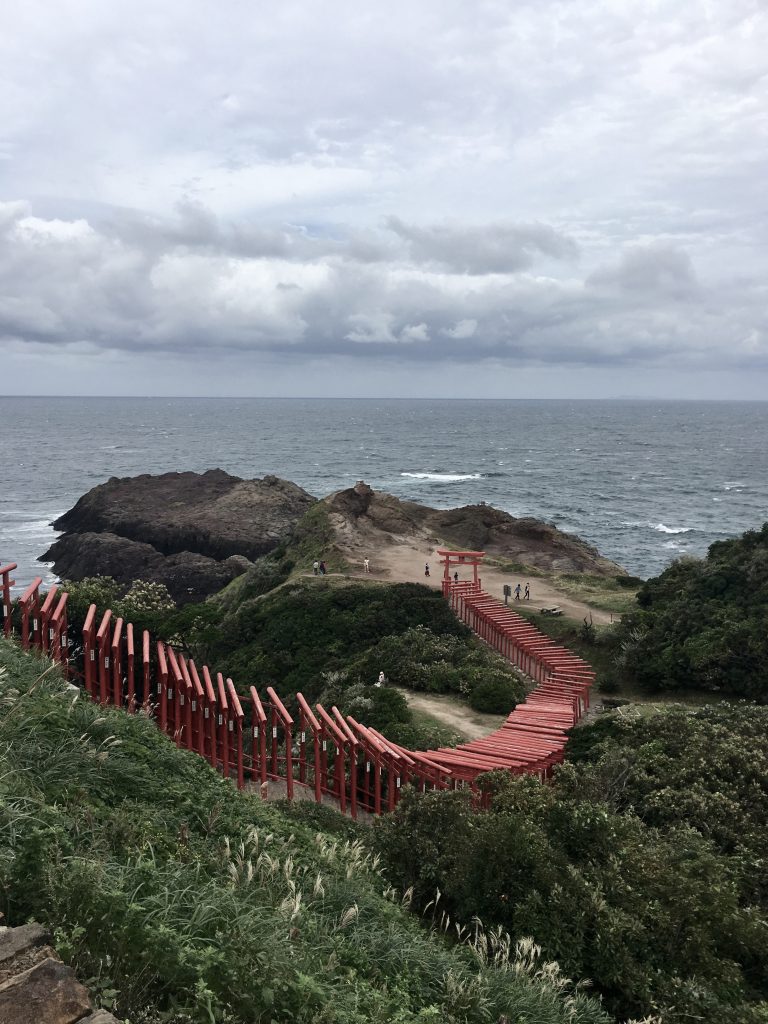 Yes, the red torii but also having the highest donation(?) box on a torii. If you can get your coin in, your wish will be granted. Now, this is a really dangerous place to be, I can’t tell you how many times I nearly got hit or saw others nearly or actually get hit. However, my main concern was the amount of times people were trying to get a coin in. I didn’t see any rules but to me, if your wish is destined to come true, you would throw the coin and it would go in first time. Oh no! That’s not how people were playing the game including my husband who after about fifty goes finally managed to get it in the box. Do I think his wish is going to come true? No. 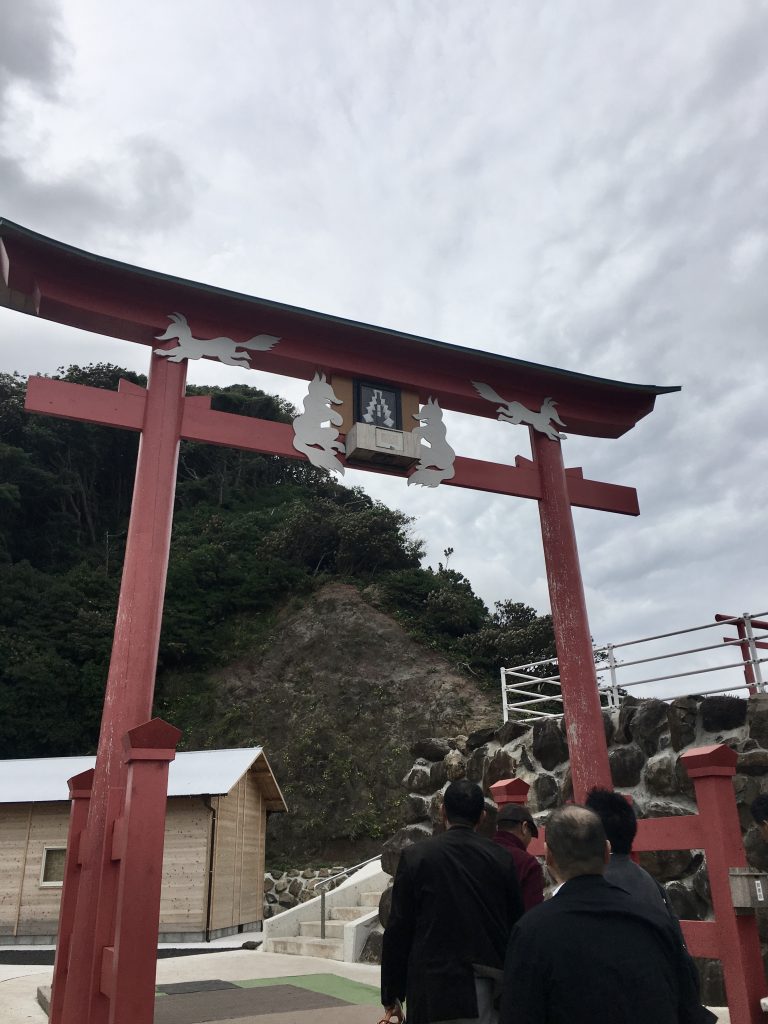 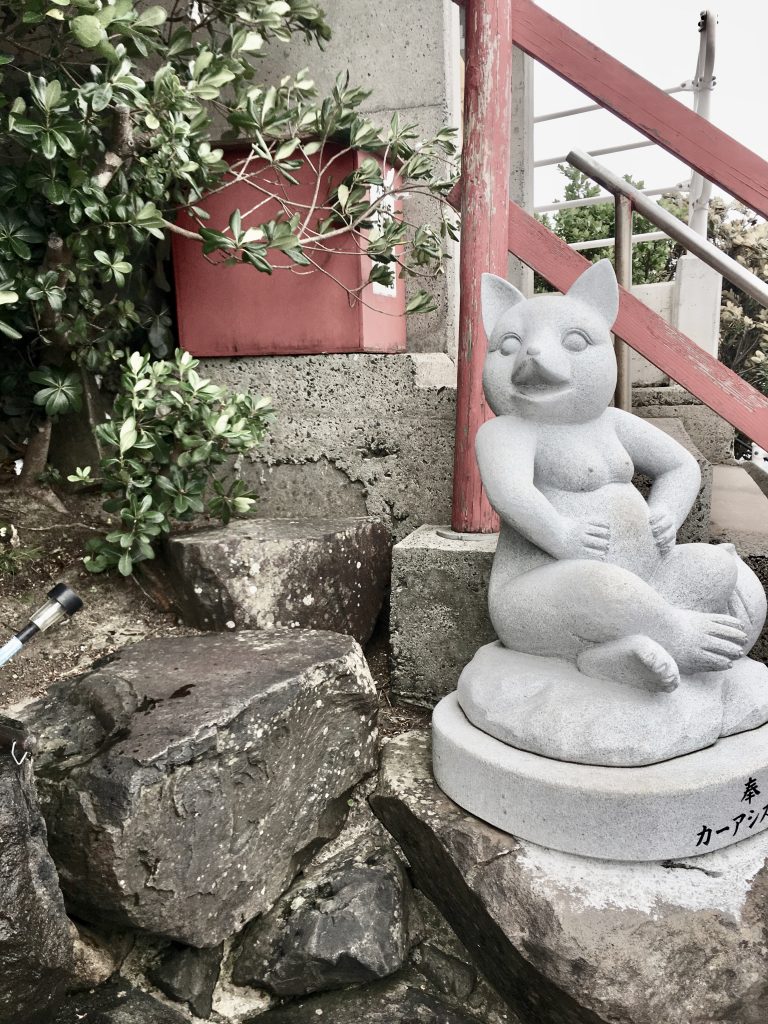 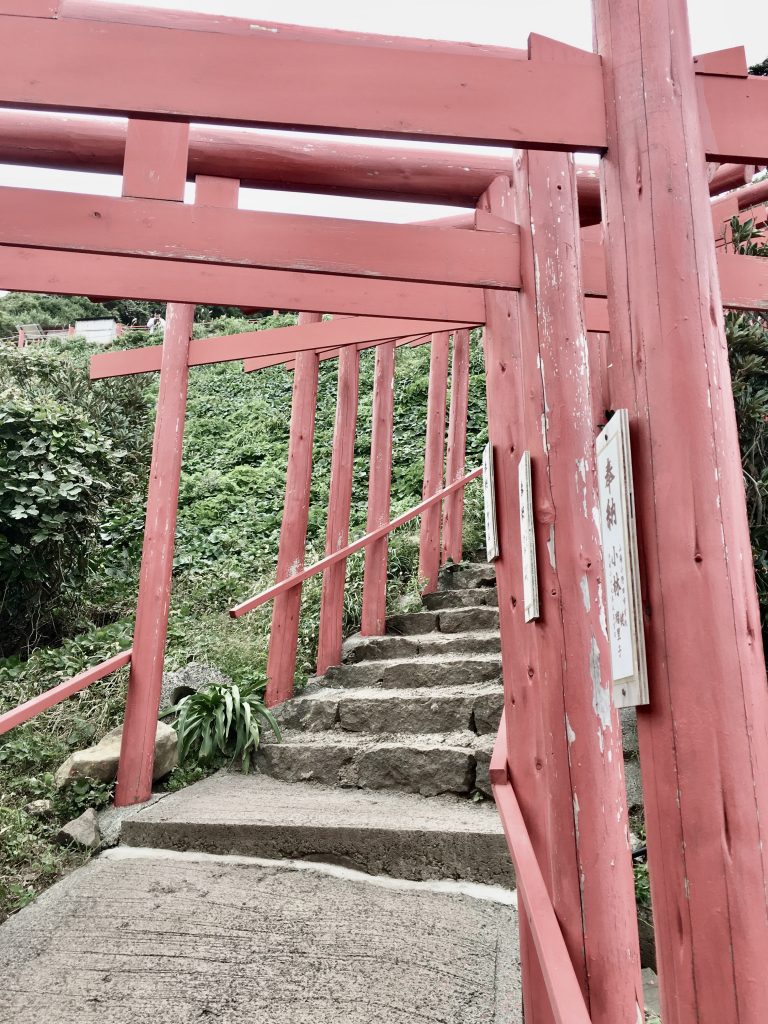 The photos make the place look lovely and serene but it was truly anything but. The winds were ridiculous! It was the beginning of the typhoon’s onslaught and we knew about it. 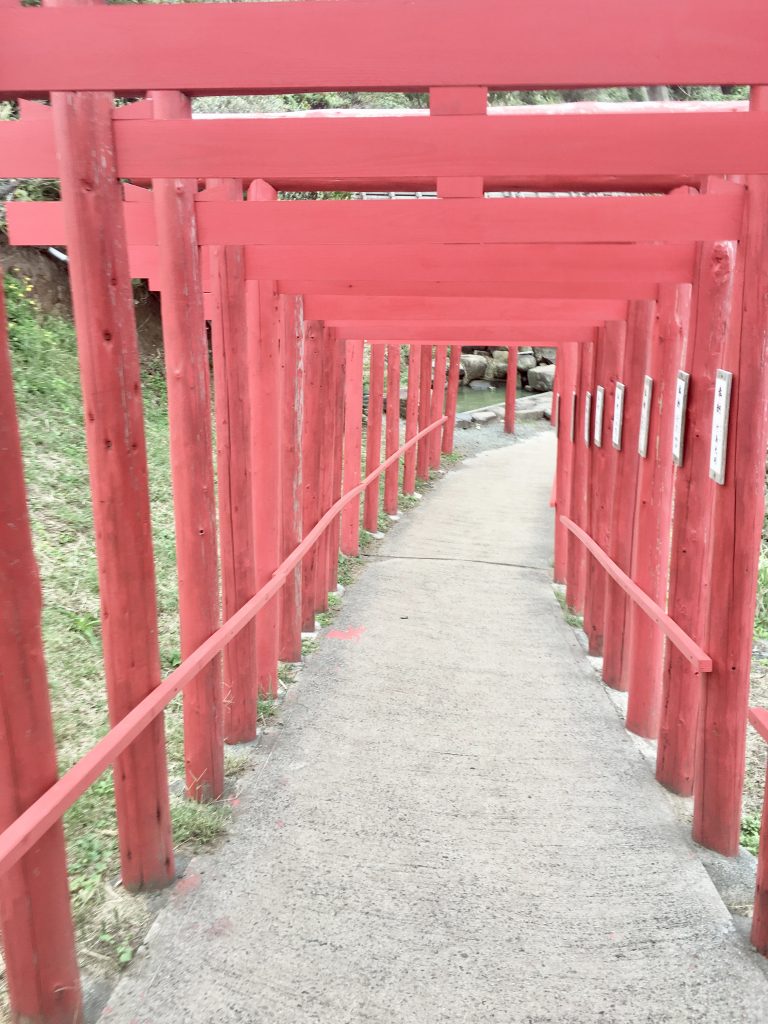 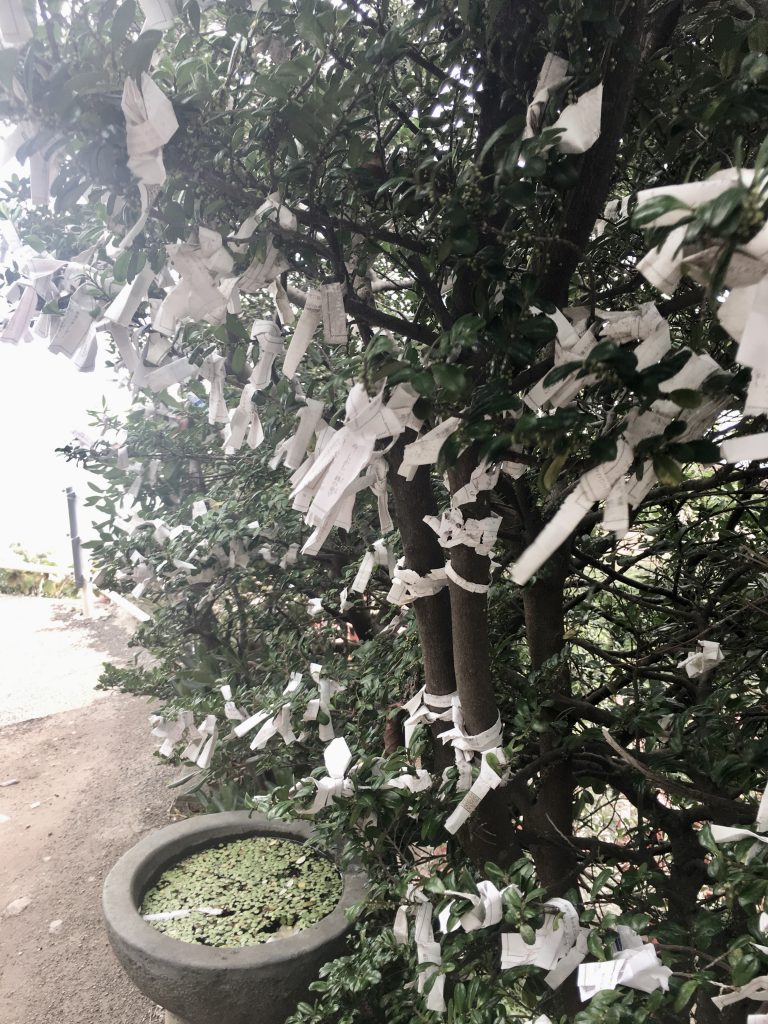 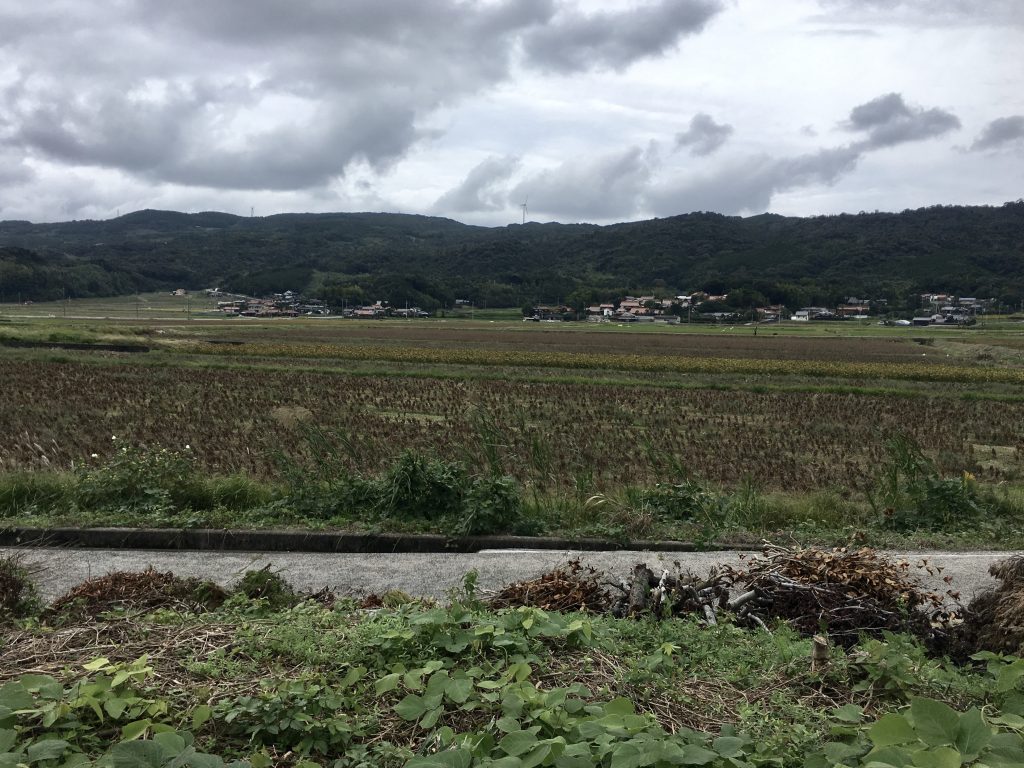 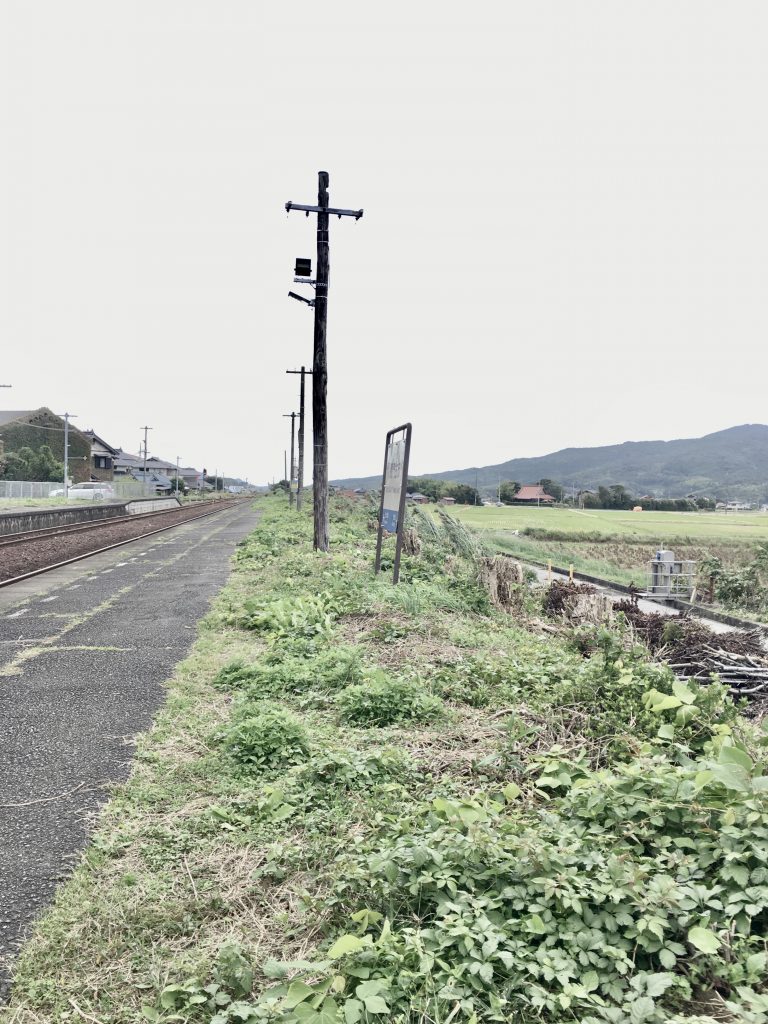 So we’d done the ritual on the Sunday and we were going home that same day in the evening. We went to a cafe for our last hour there and had these great lattes with latte art and everything. I acted like I didn’t care which one I got but of course I wanted the pumpkin one. My silent powers of persuasion prevailed and it was mine! 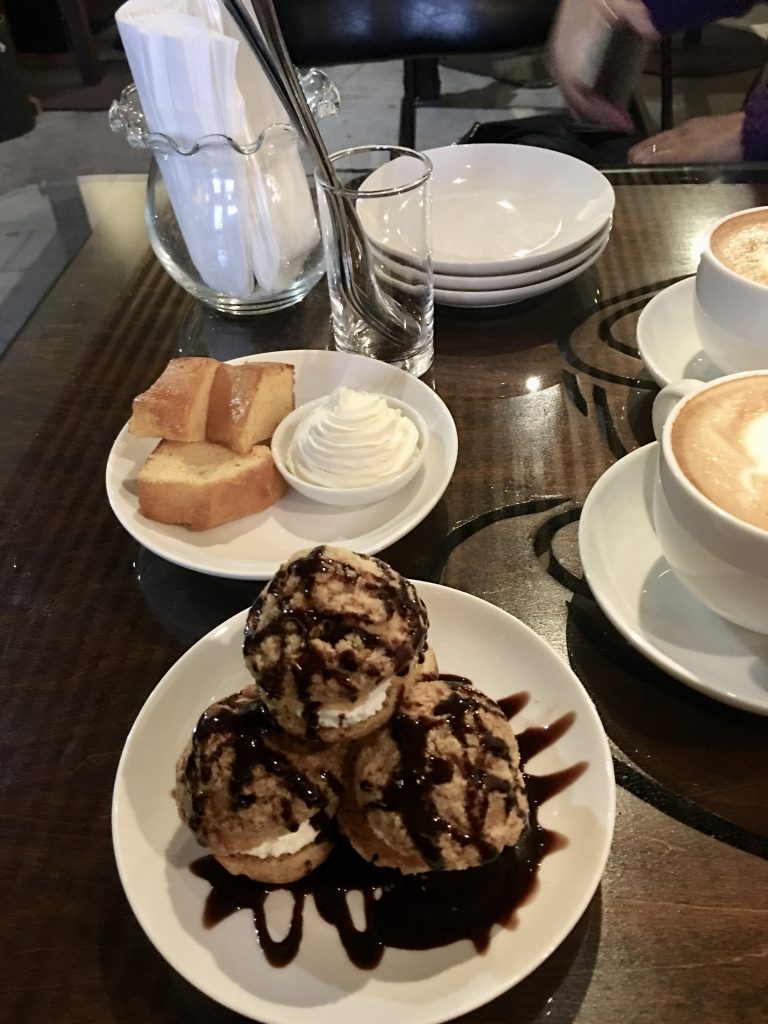 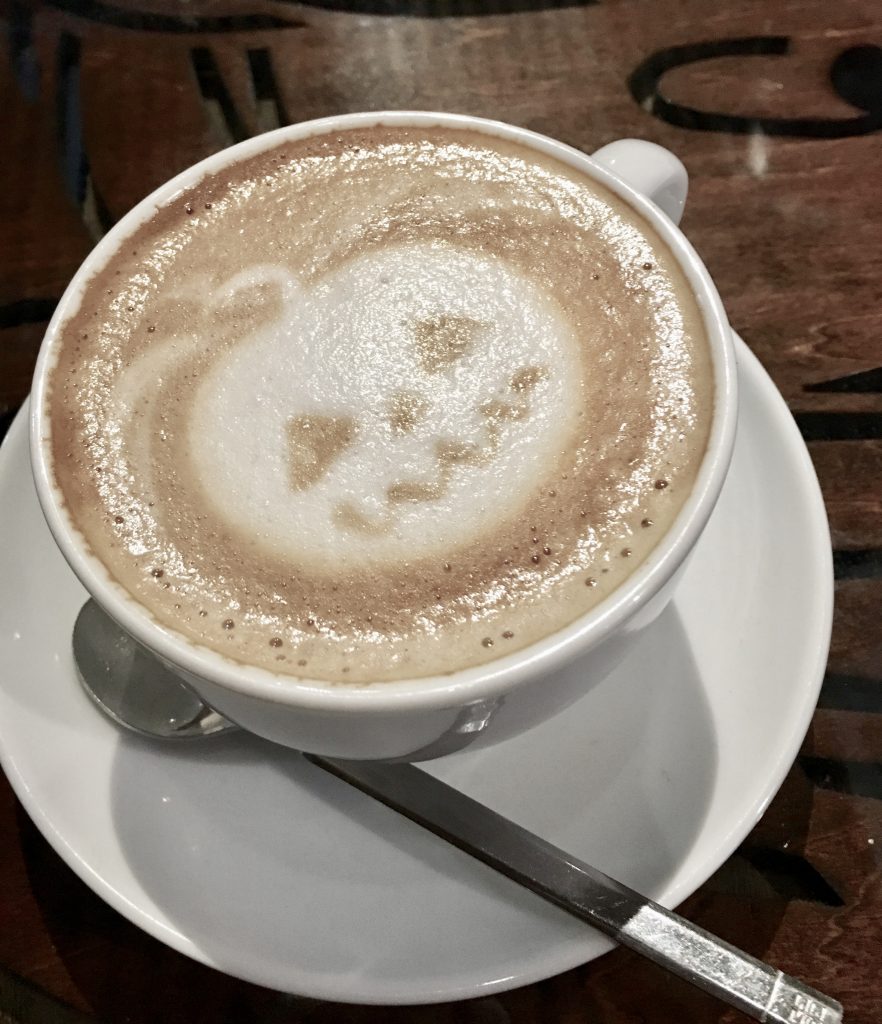 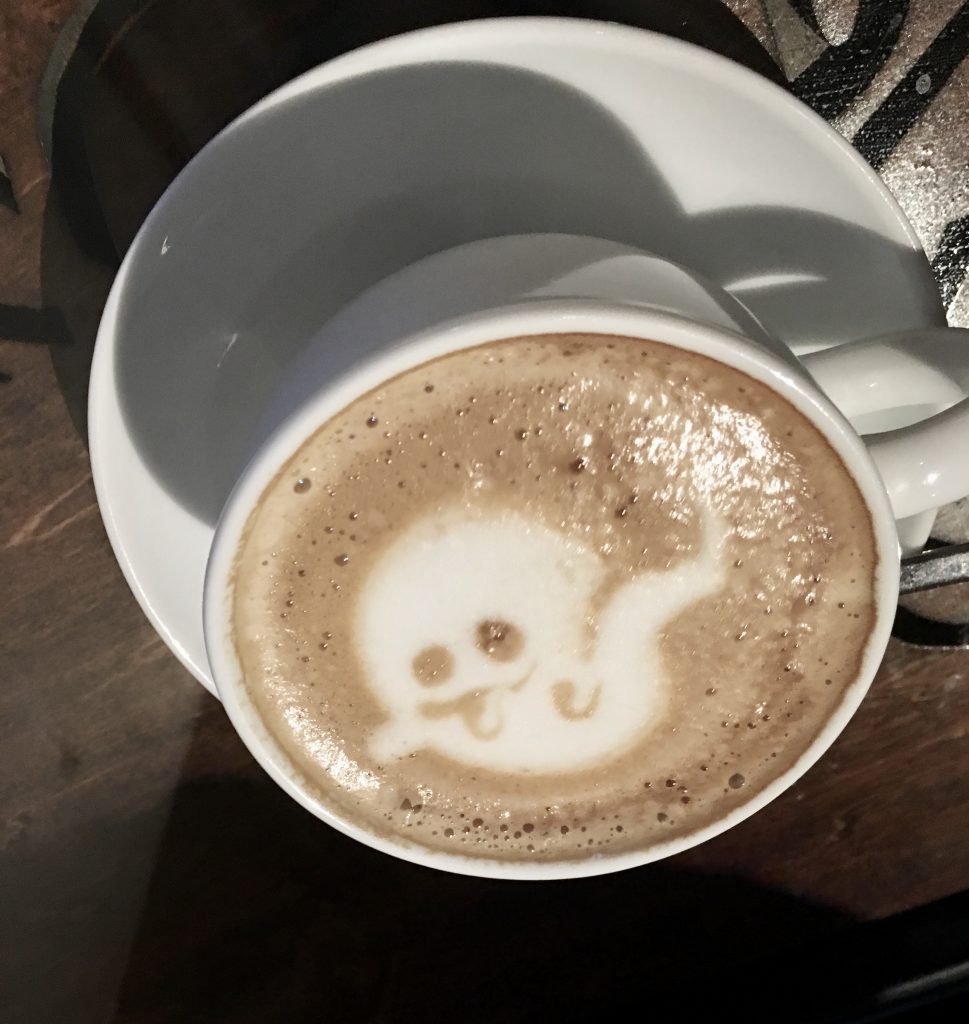 So this is the part where I say ‘and we came back to Tokyo, thanks for reading’ but NO! The flight was cancelled because of the typhoon and husband’s mum said Monday morning flights would probably be cancelled too. Oh no! I had a flight to catch back to the UK on Monday at 18:30. I was panicking by this point. We ended up getting the shinkansen back to Tokyo on the Monday which took nearly 6 hours because of the damage causing delays at different stations. We made it back and I forgot we needed the train ticket twice to get out of Tokyo station, hilaity ensued when the station guy asked me for proof of coming from Shin-Yamaguchi and I had to admit to having none. I nearly died!! Luckily, I was let through and I rushed home for an hour to pack and get myself off to Narita.

Thanks for reading,
Emily