We did two trips with Antelope Tours and both were amazing. The first one was the Super Rock Island Tour.  This is the number one thing I was looking forward to doing and it did not disappoint.   I would say that this is an absolute must do if you are coming to Palau.  The team at Antelope were amazing. I think they cater more for Japanese guests but they do speak English and the team is a mixture of nationalities. We felt so well taken care of and they really did a good job. 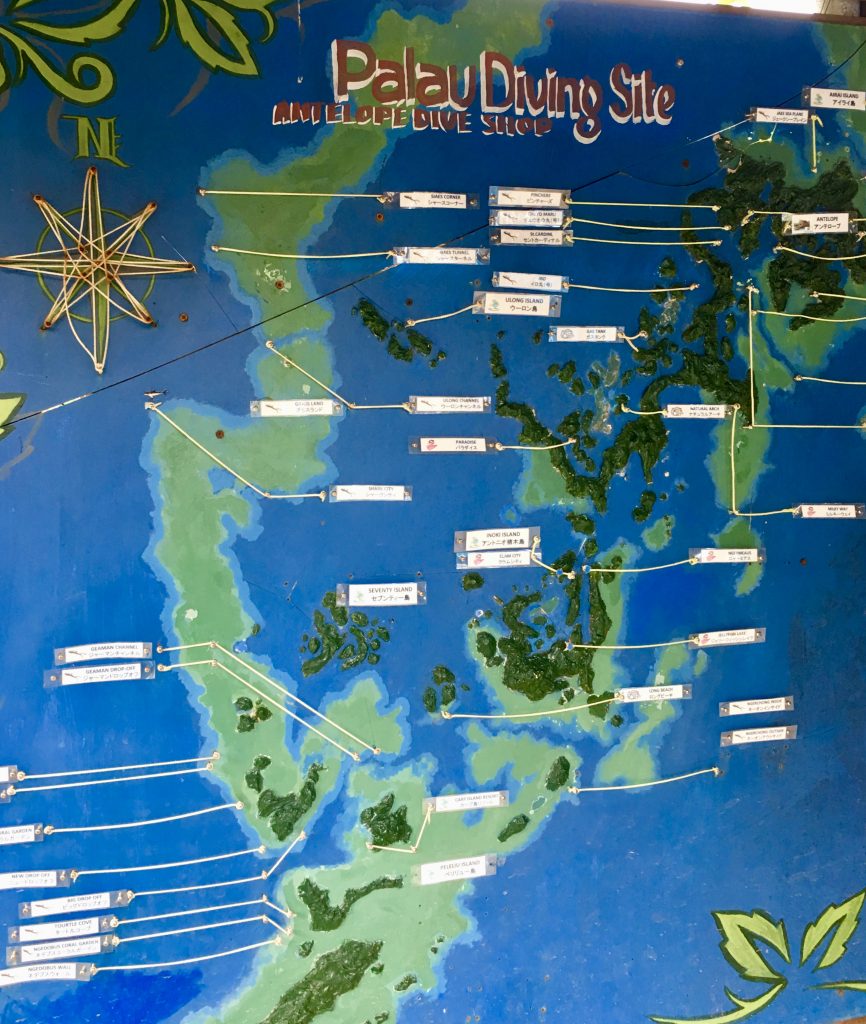 The tour was from 9:00 – 16:30 (but I think it actually ended up finishing at 17:00 – this is another thing, they don’t rush you, they just let you enjoy each place and that is rare in this world) and there were three crew and 7 people on the trip. It was $120pp and an additonal $50pp for the rock islands permit which is valid for ten days and is required.  We were picked up at our hotel and driven to the dive shop where the boat was waiting for us.  We were given flippers and snorkels. Even my husband who is quite poorly sighted was given a snorkel mask he could use and that was really appreciated as we were a bit worried – it’s not much fun when you can’t see.  They showed us a map of where we were headed and then we were on the boat and speeding along to our first destination… 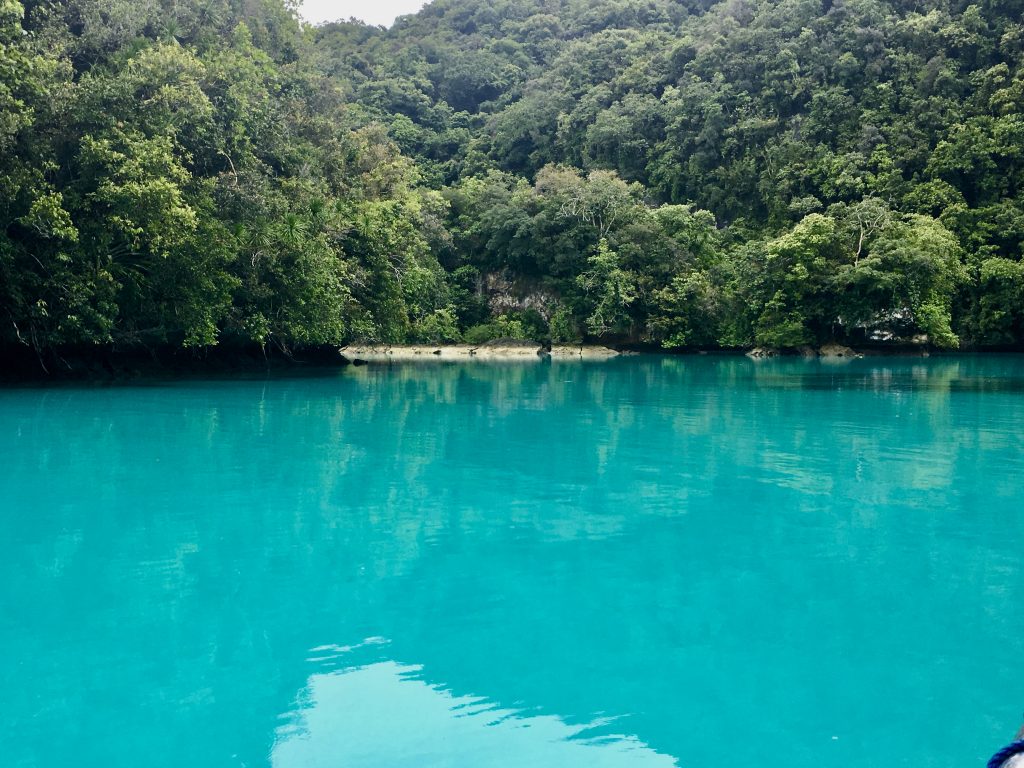 The pictures say it all really. This was so beautiful. We were the first tour group there which was another good thing about Antelope, they really seemed to beat the crowds (not that it really ever got crowded anywhere that we went to in Palau). Two of the crew got into the water with buckets and filled them with the clay/mud from the bottom. We then proceeded to cover ourselves in it. 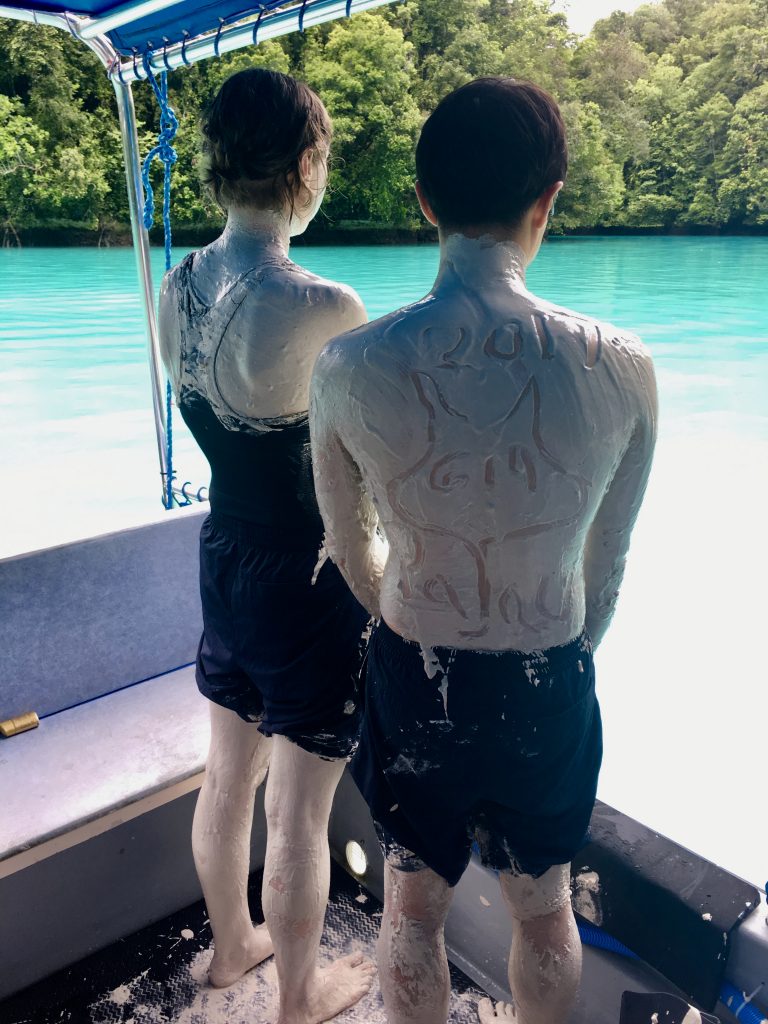 After we had sufficiently caked ourselves in it with help from the crew, we jumped into the water which was lovely and warm and not too deep. More tour boats had pulled up by this time but we were on to to our next destination by then. 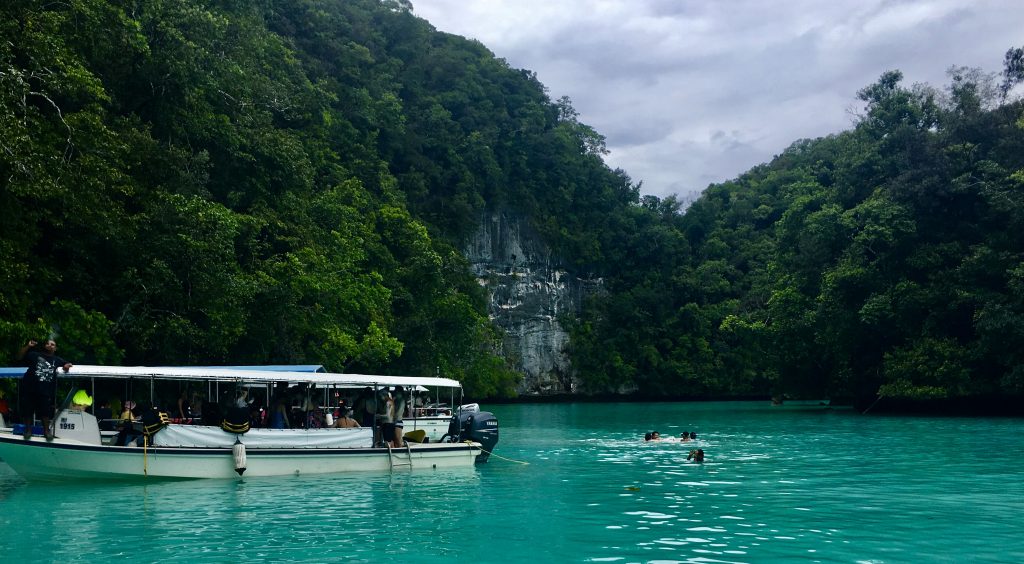 I don’t have any Clam City photos because we were snorkelling.  It was a shallow area and full of clams! It gave us a chance to try out our snorkel gear and prepare us for our later snorkelling destinations. 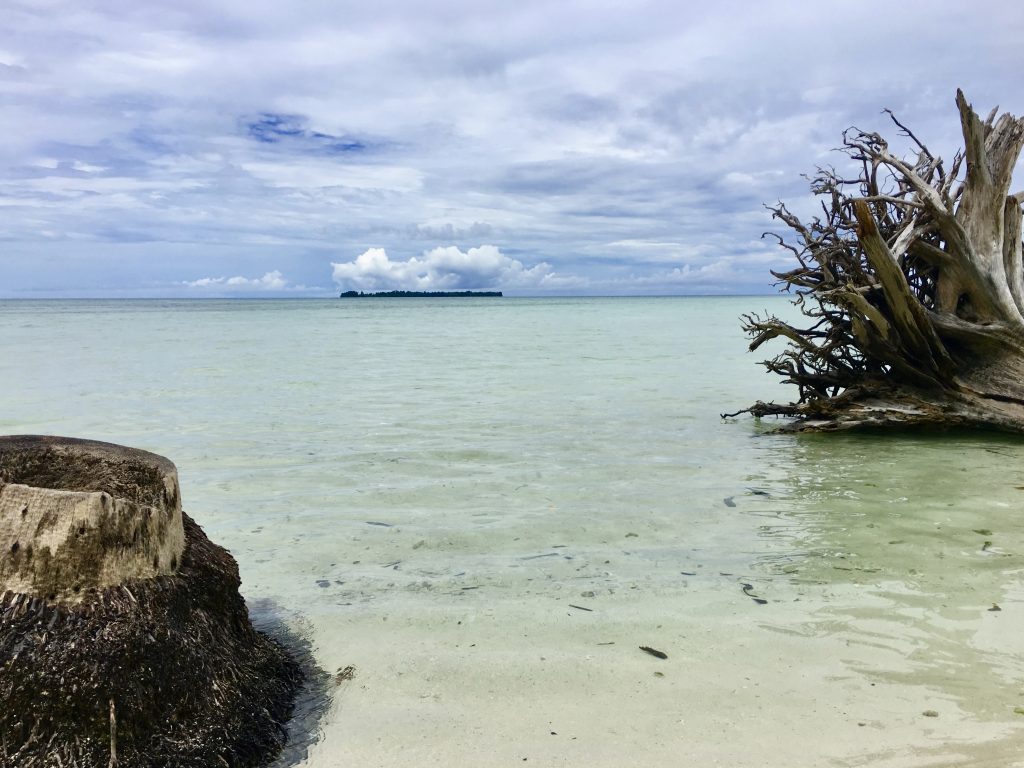 After Clam City we went to Long Beach which was breathtakingly stunning.  A bride and groom were having their wedding photos taken there and it was such a perfect setting. 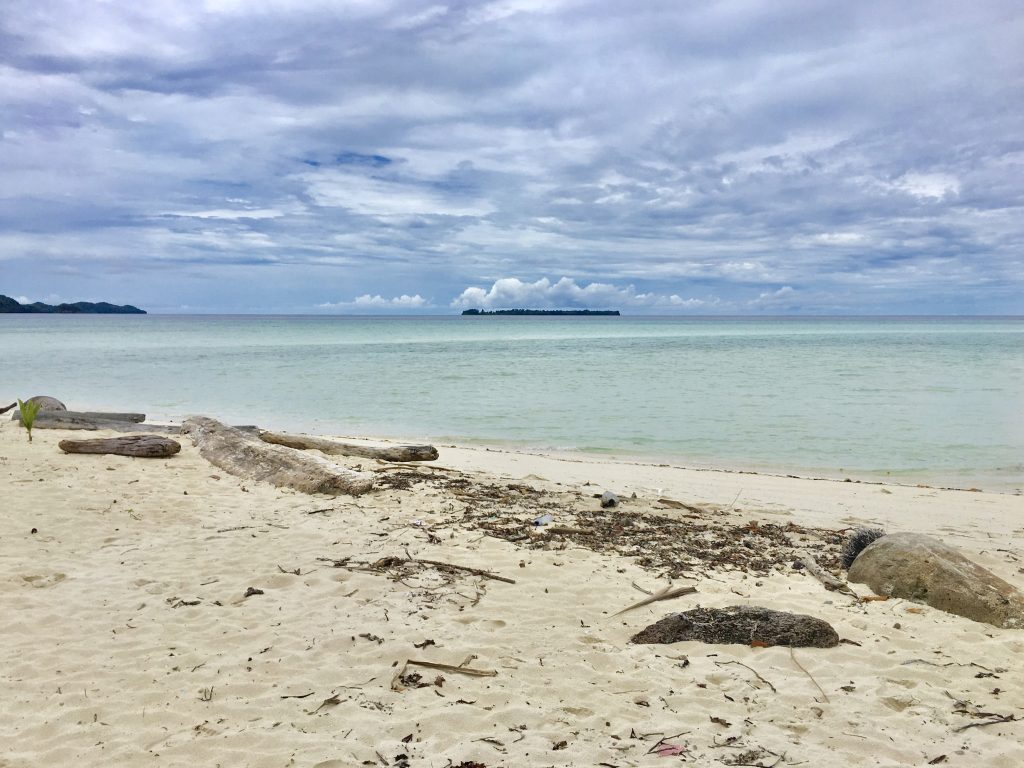 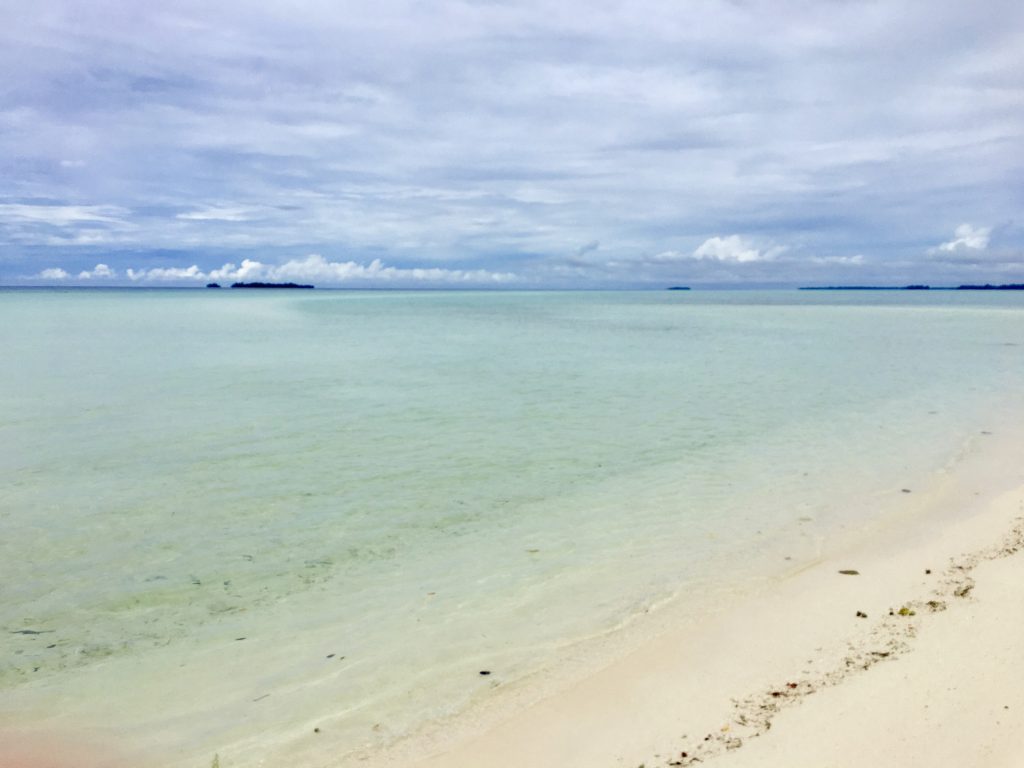 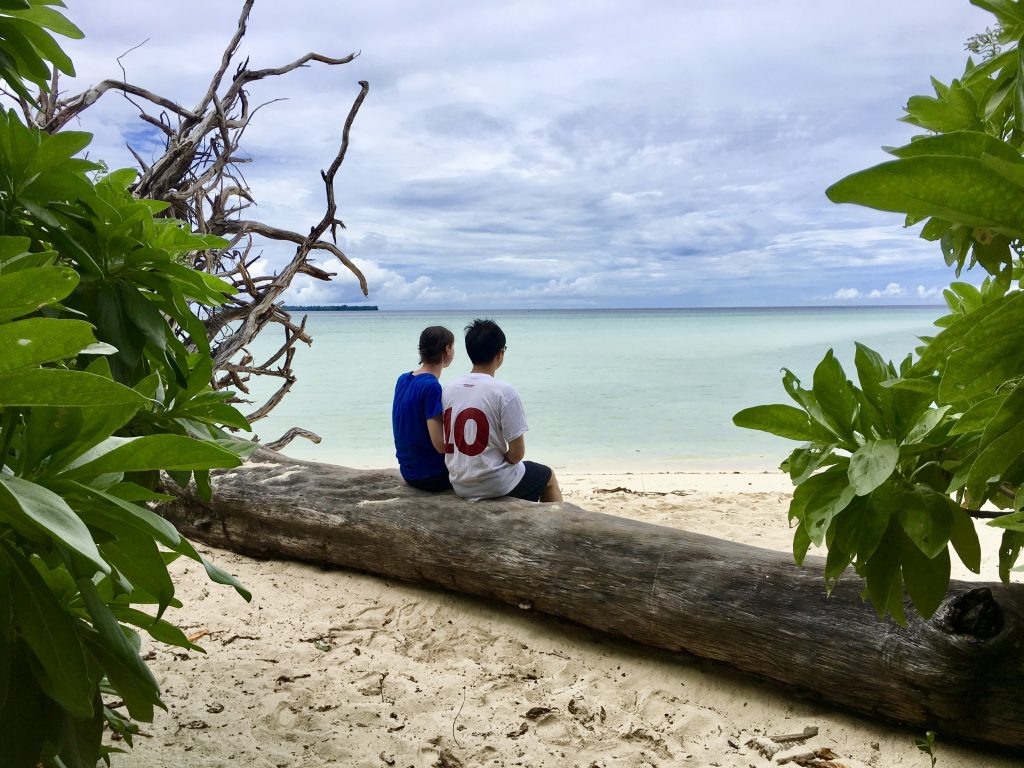 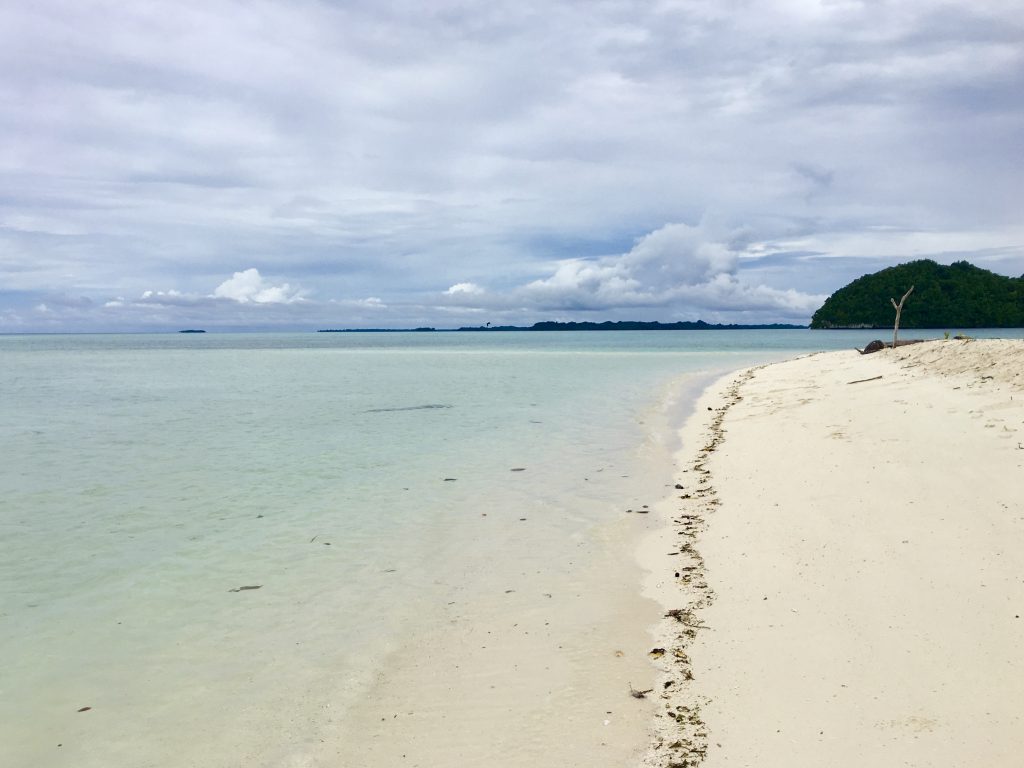 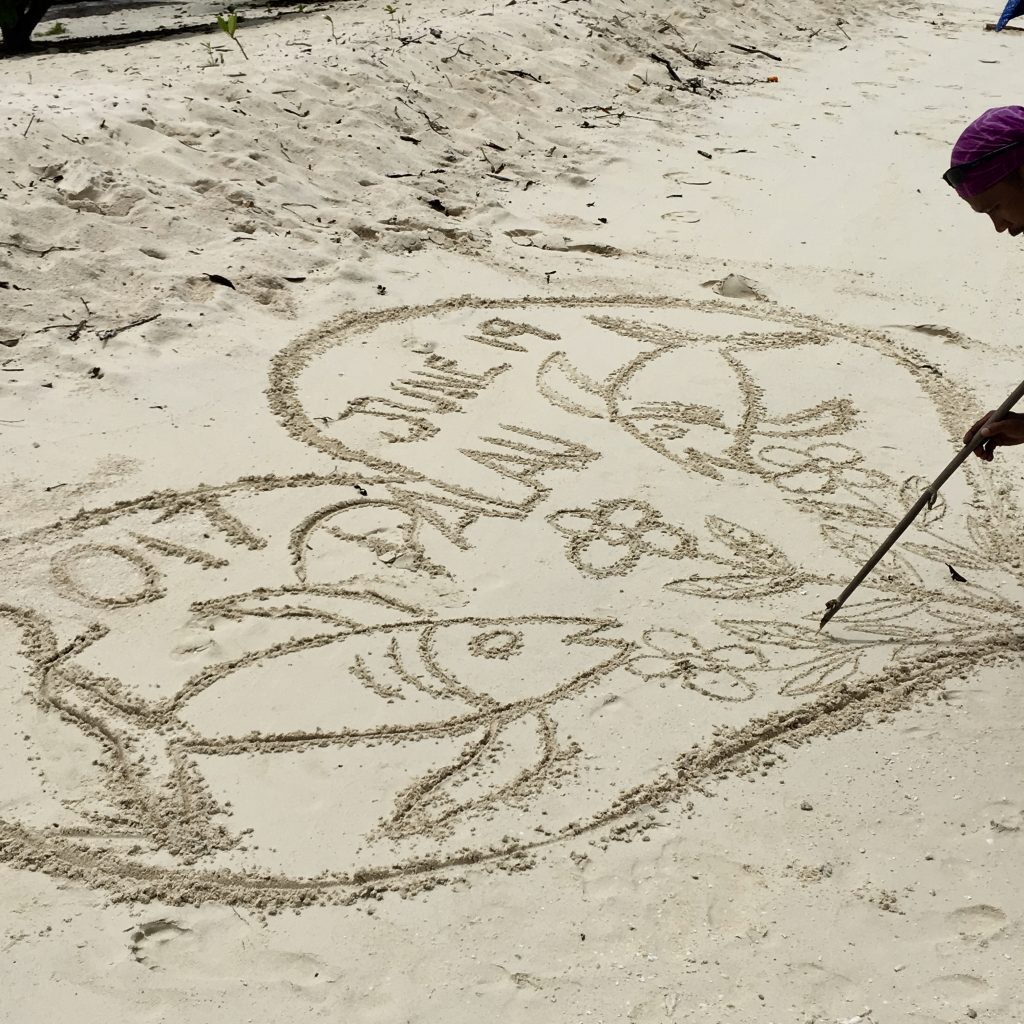 We were there for lunch, meaty for him (R) and veggie for me (L). 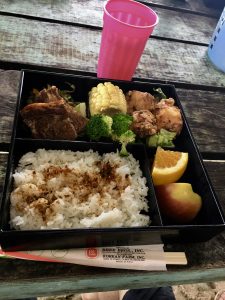 After lunch it was more snorkelling at Big Drop Off and Paradise.  Big Drop Off was incredible – we saw fish that you would only normally see in an aquarium.  All sorts of vibrant colours and weird and wonderful shapes.  We also saw a turtle who swam right by us.  Out of this world.  At Paradise we fed some little fish and then saw some big fish.  We snorkelled in a circle and we were the only group there. It was heaven. 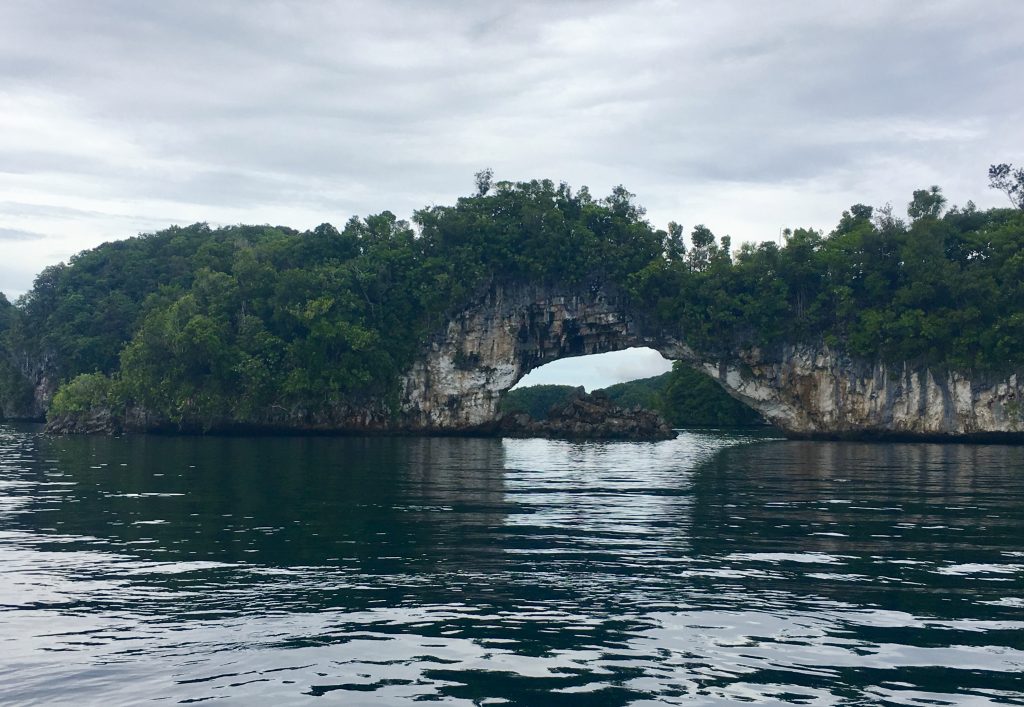 It was then time to leave and the trip was over.  On the way back we saw the Natural Arch  and stopped for photos.  Let me say this whilst we’re on that subject, they take lots of photos of you which is a lovely touch.  You don’t need to ask, they suggest it and they have beautiful set ups for the photos.  The customer service was brilliant. 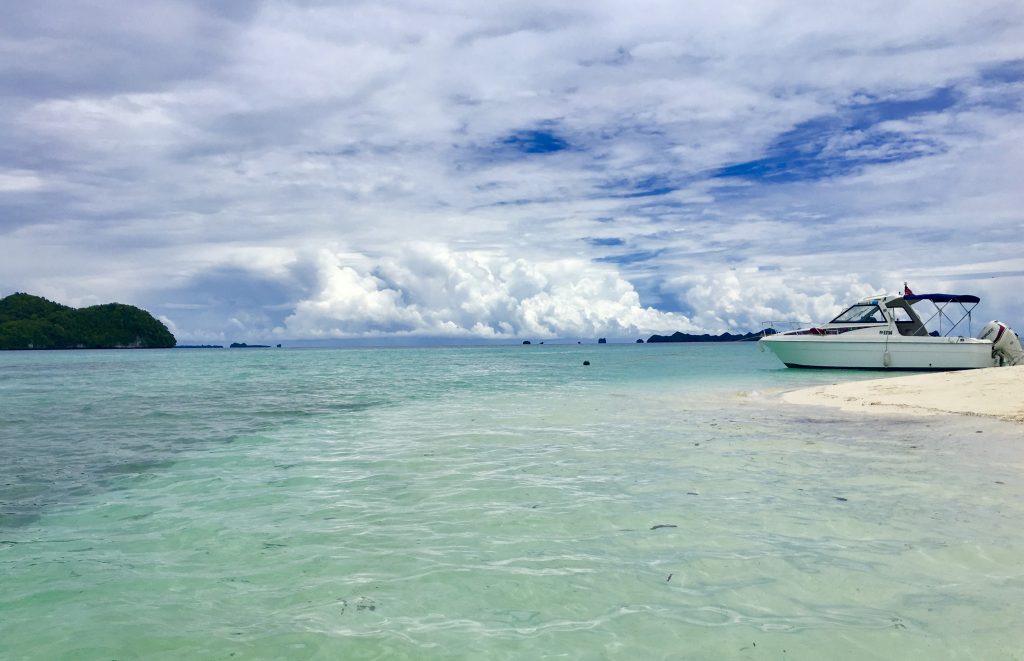